In today’s world, an increasing number of people are overweight or obese. According to the Centers for Disease Control, in 2017 more than 42 percent of adults in the United States were classified as obese. Obesity is associated with early death and chronic health issues. 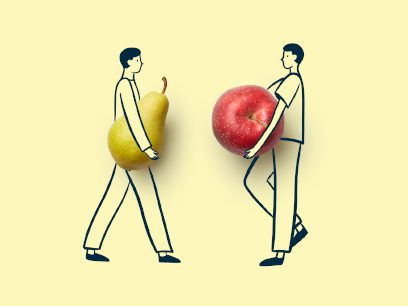 Obesity is defined by a body mass index (BMI) of greater than 30. BMI is a simple metric that calculates your weight-to-height ratio (kg/m2). Though BMI has its limitations (it doesn’t measure body fat or consider weight distribution), it offers a frame of reference for estimating whether you are underweight, normal weight, overweight, obese, or severely obese, using the following scale.

To calculate your BMI, simply enter your height and weight into this free online BMI calculator.

A growing number of children worldwide are overweight or obese, which not only increases the risk for being obese as an adult but also increases the risk of developing type 2 diabetes, cancer, and coronary heart disease. (See more on the health risks of obesity below.)

Researchers have identified many risk factors evident in the first 1,000 days of a child’s life that are strongly associated with childhood obesity. These risk factors include:

Children impacted by these risk factors will not necessarily become obese, and they can influence their body weight and body composition throughout life by eating healthful diets. And a notable aside: The majority of obesity-related deaths occur in adults who were a healthy weight in childhood.

From Obese Vegetarian to Fitter Than Ever on a Whole-Food, Plant-Based Diet

One of the main concerns about obesity is that it doesn’t always travel alone: People who are obese are at a significantly higher risk for many chronic diseases. Because most data regarding obesity and disease risk comes from observational studies, it’s not possible to definitively conclude if obesity itself increases risk for certain diseases, if obese individuals are more likely to have other risk factors, or if there is some other explanation for the association.

The Calorie Density Approach to Nutrition and Lifelong Weight Management

Obesity is a complex metabolic condition with no single cause. It’s important to understand that multiple environmental, dietary, lifestyle, and genetic factors can influence one’s risk for developing obesity both as a child and as an adult.

If you are overweight and have managed to lose weight by dieting only to regain it all back, you are not alone. A 2018 meta-analysis of 29 long-term weight-loss studies found that more than half of all weight lost was regained within two years, and more than 80 percent was regained by the five-year mark. It’s common for dieters to gain back even more weight than they lost. More research is needed to understand why it’s so difficult to maintain weight loss. It may be that as we gain extra pounds, the body registers a higher “set point” and will attempt to stay at that weight, through mechanisms such as a slowed metabolism or increased appetite.

While dietary changes may not resolve obesity for everyone, people who eat a plant-based diet tend to be leaner than those who don’t. Rather than calorie-counting and portion control, Forks Over Knives recommends eating a diet of whole plant foods. Whole grains, vegetables, fruits, and legumes contain significant fiber and water, a combination known as bulk. Barbara Rolls, MD, one of the leading obesity experts, says that bulk is key to satiety. These whole plant foods are much lower in calorie density than animal products and highly processed foods, and are a phenomenal way to stay full without eating excess calories. Animal-based foods such as meat, cheese, fish, and eggs contain zero fiber, making it easy to exceed your calorie requirements without feeling full. Whole plant foods have also been shown to boost after-meal metabolism.

Because this way of eating doesn’t require calorie counting or portion control, some have found it more sustainable than weight-loss diets. Forks Over Knives has published a number of first-hand accounts from people who, after years of yo-yo dieting, have maintained weight loss after going whole-food, plant-based. Read more:

Calorie Density Is the Key to Weight Loss

TAGS: how to lose weight, obesity, the science, weight loss

Cyrus Khambatta is co-author of The New York Times bestseller Mastering Diabetes: The Revolutionary Method to Reverse Insulin Resistance Permanently in Type 1, Type 1.5, Type 2, Prediabetes, and Gestational Diabetes. He is the co-founder of Mastering Diabetes and Amla Green and is an internationally recognized nutrition and fitness coach who has been living with Type 1 diabetes since 2002. He co-created the Mastering Diabetes Method to reverse insulin resistance in all forms of diabetes, and has helped more than 10,000 people improve their metabolic health using low-fat plant-based nutrition, intermittent fasting, and exercise. Khambatta earned a bachelor of science in mechanical engineering from Stanford University in 2003 and a PhD in nutritional biochemistry from the University of California at Berkeley in 2012. He is the co-author of many peer-reviewed scientific publications. Find him on Instagram and Facebook.