On March 1st of 2012 I was 44 years old, weighed 380 pounds, and was on blood pressure and cholesterol medicine. I watched Forks Over Knives, then checked out some other resources for plant-based eating, which really opened my eyes and saved my life! I came to realize that most sicknesses came from my high-fat and high-protein animal-based diet. The main thing that FOK showed me was that most of what we learned from the media, school, government, and society was all a big lie.

With this new knowledge, I started changing my diet, beginning with 80% whole plants. By doing this, the weight flew off. After two months of eating this way, I was down 48 pounds, and slowly that remaining 20% animal foods became smaller and smaller. It took me around six months to lose 100 pounds, and by the one year mark I was down 130 pounds. After three months, I was able to come off my blood pressure and cholesterol meds.

I recently went for a blood test, and my numbers are now better than when I was on medicine. It really does prove that disease and sickness can be changed by eating whole plant foods and eliminating animal products.

With the weight loss and this newfound energy, I am able to do so much more. Before, just walking up a flight of stairs at work was a struggle. Now I love to run! I started signing up for races, and a year and a half after starting at 380 pounds, I ran my first half marathon. I even started taking a yoga class, which is taking me to a total new level not only physically but also mentally.

I can’t even imagine where I would be today if I didn’t start on this journey. I was one Chinese buffet away from even more serious health issues, or even death, if I hadn’t changed my ways. I will forever be grateful for films like FOK that started me on this journey. Every time someone asks me what I did to lose weight, one of the first things I tell them is to go watch FOK. 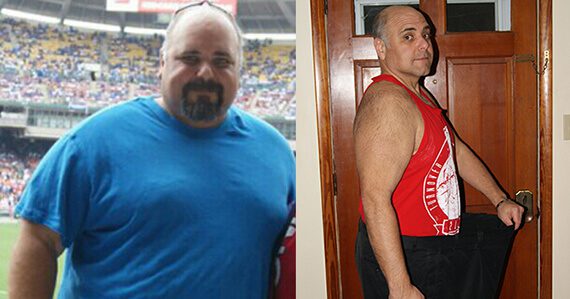