After Decades of Failed Diets, I Went Plant-Based and Lost 140 Pounds in 2 Years

I was a sensitive child who turned to food as a coping mechanism. I developed a strong dependence on salty and sugary foods. As I got older, I would spend hours in front of the television after I got home from work, stuffing myself with snacks and then eating dinner. Over the span of 20 years, I successfully lost (and subsequently regained) more than 800 pounds, cumulatively.

In the summer of 2017, I started experiencing severe fatigue, mental fogginess, difficulty walking, and heart palpitations. I weighed 370 pounds at this time. I saw a cardiologist, who said that with my family history, it was only a matter of time before I developed heart disease. Then I was diagnosed with sleep apnea and placed on a CPAP machine. The final straw came while I was on vacation: I came down with a severe case of diverticulitis and spent much of the trip curled up in a fetal position. I decided then that it was time for a change.

I had recently seen the Forks Over Knives documentary and decided to further investigate the ideas presented in the film. I spent about six months learning about the whole-food, plant-based way of eating—reviewing recipes, joining WFPB Facebook groups to see what other people were dealing with as they tried to make the change, and contemplating the impact going WFPB would have on my daily habits and patterns. It was clear that I would need to change how I prepared meals and adjust my expectations around what food actually meant to me. Once I was at peace with that, I dove in.

I bought all of the FOK books and cookbooks, as well as the recipe app, and signed up for Forks Meal Planner. After carefully stocking my kitchen with whole-food, plant-based items, I invested in an air fryer, an Instant Pot, a NutriBullet blender, and other accessories. I made a vow to try the FOK program for a month.

To my surprise, within a week I was feeling so much better. My achy joints were improving, I wasn’t having palpitations, and I was breathing better at night. All of this helped me to gather inspiration to continue. I found the program to be very easy and hassle-free. I learned the value of batch cooking, and went through the FOK cooking class to learn how to add variety to my dishes.

My go-to snacks now are fresh vegetables—cabbage is my favorite—and I keep my meals pretty simple: Usually I have one course, which consists of a grain with some beans and a selection of veggies sautéed in vegetable stock. I make sure that I eat steamed greens with every meal, and if I’m particularly hungry on a given day, I add a simple salad or broth-based soup to the meal. Often I make a salad dressing from pureed pears, vinegar, and spices. And I love eating pineapple for dessert. From time to time, I like to cook Forks Over Knives recipes and freeze portions to have on hand for nights when I want something that feels more special than my usual simple meals.

This lifestyle has saved me in so many ways. I would wholeheartedly recommend a whole-food, plant-based diet to anyone. It is the answer to a prayer that I had for decades: to find a way of eating that was healthy, enjoyable, and sustainable! 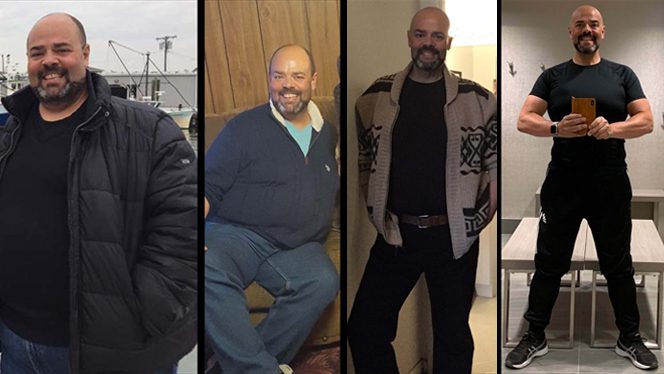