Until recently, I thought it was my destiny to live a life of obesity, rushing headlong toward misery and premature death. I had tried in vain since age sixteen to change that path. I played sports in an attempt to keep my weight in check, but I was still obese and growing in size each year. Nothing seemed to work and I knew I lacked the knowledge to make positive change. By my early twenties I had given up hope. Things got really bad from there. In 2011, it took me over an hour to walk two miles.

Fast forward to early 2013, when I watched Forks Over Knives. Wow! The film was like a life jacket for me, It provided me the vital information I needed to grab onto in order to live the life I’ve always wanted and thought I deserved. Since then, I have lost 66 pounds (30 kilos), and without really training for it, I ran the Melbourne Marathon!

How did I get so far so quickly?

One day after watching Forks Over Knives, I came across the FOK Instagram post about plant-based, ultra-athlete Rich Roll. In that moment, another mind-domino dropped: Not only can we return our bodies to a natural state of harmony, but we can take our health and performance to the ultra level. We can break paradigms of what is perceived as possible—this blew my mind! Suddenly I expanded my vision for my future way beyond just losing excess weight. I pictured myself going as hard and as far as I could possibly go. 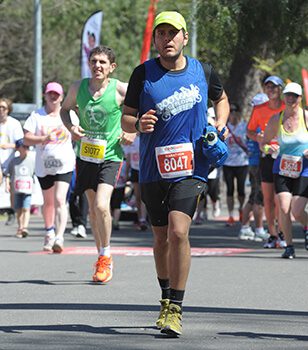 It took me only four or five months to lose 66 pounds (30 kilos), and after March of 2014, I stopped looking at the scale. I stopped worrying about restricting foods and stopped worrying in general. All I had to do was eat fresh, plant-based food as close as possible to its whole, natural state—and everything took care of itself.

Early in 2014 I told some friends that I would love to run a marathon one day. But I was still unable to run consistently for more than one mile. So I put the marathon idea on the back burner. Then for the next six months I set myself two goals: to train as hard as I could from the start in every session, and never to give up until the end.

With six months of training behind me, I woke up early one Sunday and just decided to see if I could run to a distant location in my city. I set off feeling unbelievable; with each step it seemed I was getting stronger and faster. When I got to my destination, I found that I had run over 8.5 miles (14K), something I had never done in my life! Until then, my record was about 3 miles (5K). I felt so good that I turned around and ran some more … over 12 miles (20K) in total. That’s almost a half-marathon distance!

I still didn’t think much of running the marathon. Instead, I decided to give the half marathon a go, but it was sold out. So I took the dive and signed up for the full marathon in Melbourne.

One of my main goals throughout the race was to keep my heart, my blood, and my organs as cool as possible, because I had never run that distance and I didn’t want to do any major damage that could prevent me ever running again. So I kept my electrolytes up through the race, hit every water station, and kept my hat wet. Only after the 28-kilometer mark did I nibble at my plant-based energy bar, just a quarter at a time for the last 10 kilometers. Amazingly, I completed the marathon—and did so in 4 hours, 50 minutes. It was one of the most amazing and fun experiences of my entire life!

It’s amazing to me to think of how far I have come! From sick and obese in 2011, to watching Forks Over Knives in 2013, to successfully completing my first marathon attempt less than two years after that. This year has been a joyous journey for me, recognizing that my only limits are the ones I set. Recognizing there are no limits for me, I strive to always reach higher for my next life challenge. I feel like this year is only the beginning of greater things to come!

Ready to get started? Learn more about the life-saving plant-based diet, access hundreds of delicious free recipes, buy and download our convenient app, and register for our online cooking course! 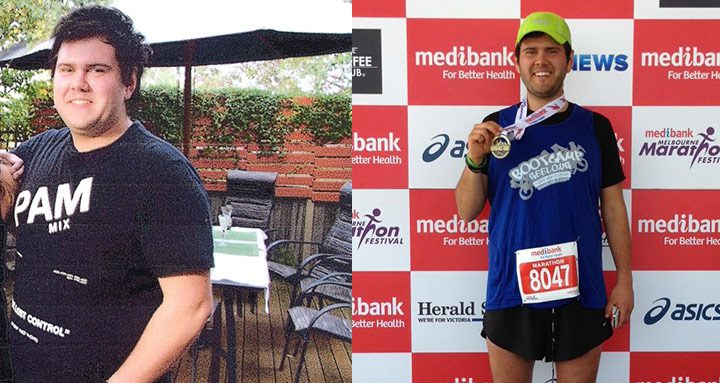