Diet and Depression: Exploring the Connection

More than 8 percent of American adults age 20 and older have experienced depression in a given two-week period, according to Centers for Disease Control data. Here are key ways in which diet can impact depression and overall mental health. 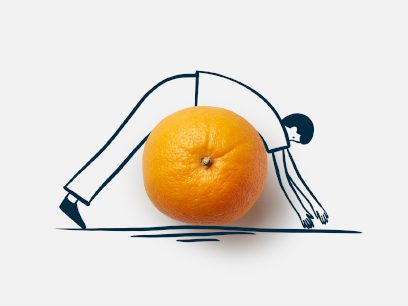 The Gut Is Connected to the Brain

Mounting research suggests that clinical depression may be affected by the bacteria in the gut. In a 2019 study published in Nature Microbiology, researchers observed that gut bacteria produce neurotransmitters, such as dopamine and serotonin, that are connected to the brain via the vagus nerve, immune system, and other pathways, potentially influencing mood and behavior. They also noticed that depressed subjects tend to be lacking in two specific species of gut bacteria.

“We are only beginning to understand the impact that the microbiome has on cognition, emotions, and behavior,” says Richard Aiken, MD, author of Neurodietetics: The Dietary Science of Human Flourishing. “Diet is considered to be one of the most crucial factors impacting the human gut microbiota from infancy to old age. Dietary interventions may have the potential to modulate psychiatric symptoms.

Inflammation Has Been Linked to Depression

Inflammation is the body’s fight response to bacteria, viruses, and toxins. It’s closely linked to what we eat, and it’s also linked to depression. For example, a study published in the Archives of General Psychiatry tested levels of C-reactive protein (CRP), a marker of inflammation, in more than 70,000 Danish adults. Researchers found that the higher the blood levels of CRP, the more likely someone was to use antidepressants or be hospitalized for depression.

“The evidence suggests that people who are depressed have raised inflammatory markers, such as C-reactive protein, and inflammatory illnesses are associated with greater rates of major depression,” says Michael Greger, MD, FACLM, author of How Not to Die. “This is the case for a variety of inflammatory conditions, including relatively benign inflammatory conditions, such as asthma and allergies. And that’s important, suggesting the mood symptoms are not simply feeling bad about having a terrible disease—but may be directly tied to the inflammation.”

Going Plant-Based for Your Mental Health? Here Are Some Things to Keep in Mind

The old adage “you are what you eat” is more true than we might think. The foods we consume fuel our bodies and brains, and they can either help or hinder us on our journey toward a healthy life. Let’s take a look at some of the biggest connections between diet and mental health.

A Plant-based Diet May Alleviate Depression and Anxiety

An 18-month study published in the American Journal of Health Promotion tested the impact of a low-fat vegan diet on well-being and workplace productivity. Researchers with the Physicians Committee for Responsible Medicine placed 292 GEICO employees who were either overweight or had previously been diagnosed with type 2 diabetes into one of two groups: a control group and a vegan dietary intervention group. The vegan group experienced reduced feelings of depression, anxiety, and fatigue—and a boost in overall productivity and well-being.

What women eat throughout the month may have an impact on PMS symptoms, according to research published in Obstetrics & Gynecology. Researchers followed 33 women over four menstrual cycles. For two cycles the participants ate a vegan diet; for two cycles they ate their customary diet and took a placebo pill. During the vegan phase, the majority of women experienced less discomfort, bloating, and behavioral change (including PMS-related mood shifts).

Overcoming Depression with the Help of a Plant-Based Diet: Real-Life Stories