I Went Plant-Based and Left Life-Threatening Depression Behind

My story is different than most of the stories on this website, as weight was never a real issue for me. I don’t have dramatic before and after pictures, because the poor health and pain I dealt with was hidden inside. Before I spiraled into a life-threatening depression, I raced bikes competitively. During this time, I ate the standard American diet. I would have bacon and eggs for breakfast, Alfredo pasta for lunch, and something like chicken, rice, and boiled veggies for dinner. Overall, I was young and working out so much that I didn’t worry about eating.

In 2011, I was officially diagnosed with clinical depression. My life started taking a turn for the worse as my social life began to disappear and I started experimenting with drugs and alcohol. For four years I struggled with severe clinical depression. There were periods when I would begin to function normally and look okay on the outside but still be hurting inside. Then months would go by where I could not get myself out of bed, and my lifestyle habits were threatening my health. I tried many different approaches to dealing with my mental health, spending hours in talk therapy and taking many prescription medications. Nothing seemed to work.

After four years of battling this depression, I finally gave up hope in 2014 that I would get better and be able to move forward in life. Instead, I began to think about how I could support myself as a severely depressed person. I got myself a night-shift job and rented a cheap room in the city. I really didn’t want to work hard. I just wanted to live alone and not be homeless. This way I wouldn’t really have to get better, because there would be no responsibility. My life consisted of sleeping a lot, smoking pot, not going out except to work, and not doing much in general. I spend most of my money on alcohol or drugs and usually had enough left over only for fast-food meals. I was just existing, with the least amount of effort.

Then, one afternoon in February of 2015, I was listening to the Joe Rogan Experience podcast and heard Rich Roll tell his story. Something about the way he spoke gave me a ray of hope. I decided to try a vegan diet along with moderate exercise for four days, and if it did not work I would stop. During those four days I watched many documentaries, including Forks Over Knives, and I ate an insane amount of rice and vegetables. To my surprise I felt great!

I began to take this approach more seriously, and within a month I did not feel depressed anymore. I woke up earlier with more energy, wanting to get outside and ride my bike. I started taking yoga classes and learning as much about plant-based nutrition as I possibly could. The amount of progress I made in less than a year has completely blown my mind. The diet and lifestyle proposed by people like Rich Roll and documentaries like Forks Over Knives has literally saved my life.

In darker days, I sometimes visited the ER to be safe, and pain often kept me up all night. I could never imagine then the life I live today: I’m training for an Ironman distance triathlon, cooking plant-based meals for family and friends, and studying business at college … with the confidence and strength to take on whatever tomorrow brings!

I cannot wait to find out what is next! 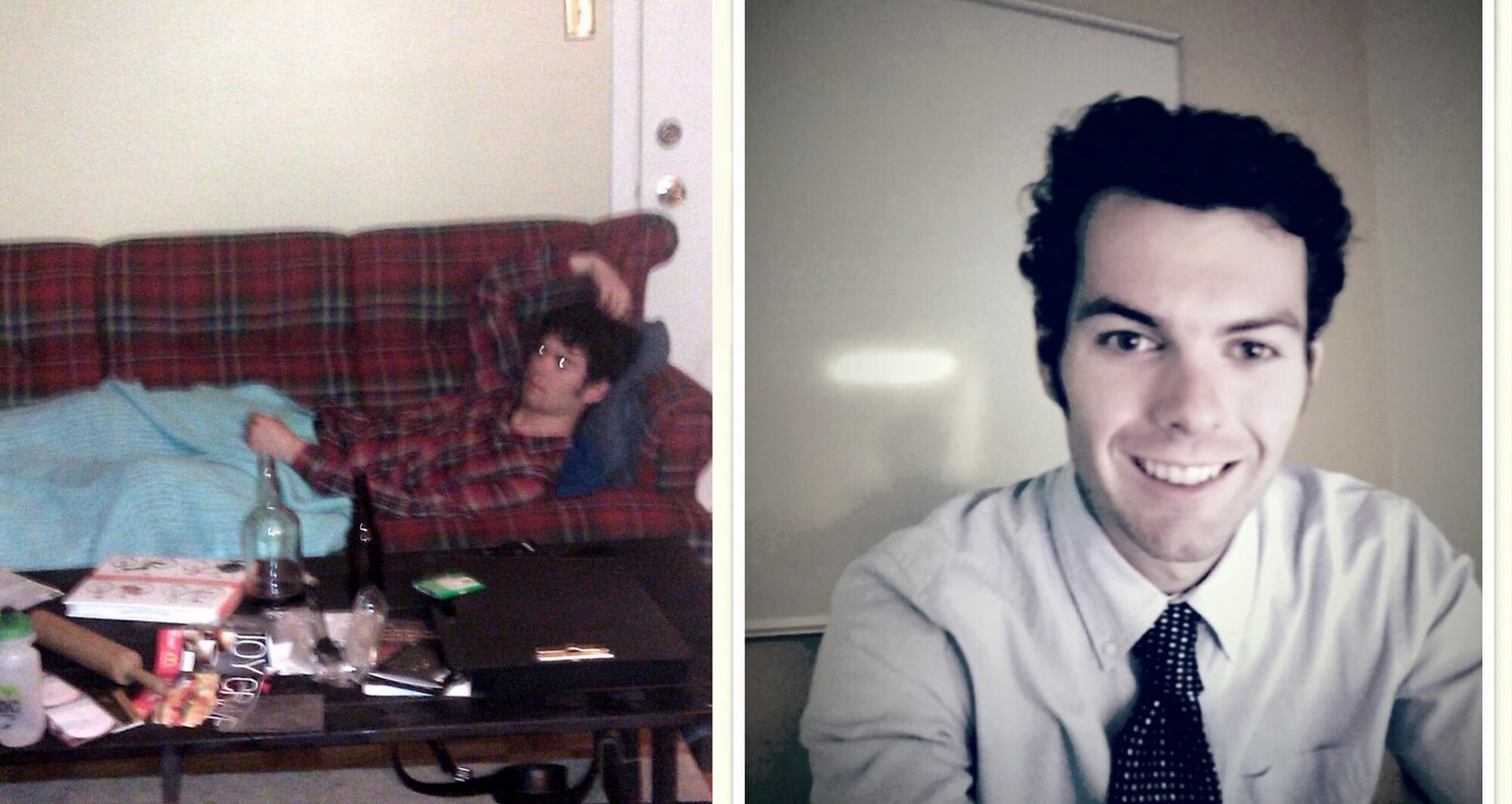