Gluten-Free and Plant-Based: What You Need to Know

One in 3 Americans are cutting back on gluten. If you’re plant-based or vegan and considering going gluten-free, read this first-person report by a WFPB health journalist who didn’t figure out she had celiac until after her own daughter was diagnosed with the disease. 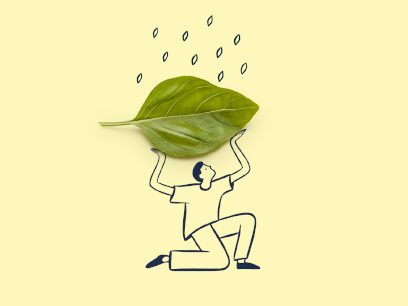 After I transitioned to a whole-food, plant-based diet six years ago, I felt great overall, and my total cholesterol dropped 60 points. But I was discouraged that I continued to experience intrusive digestive issues like bloating and gassiness. When I complained to my sister, she suggested that I try cutting gluten.

“But what will I eat?” I asked, assuming that combining my plant-based diet with a gluten-free lifestyle would be way too restrictive. I decided it wasn’t worth it. I relied on foods like whole wheat pasta and couscous to help keep me satiated, and I’d begun experimenting with new-to-me grains such as farro and wheat berries. Besides, I’d always heard that you shouldn’t jump on the gluten-free bandwagon unless you had a medical reason.

The Nutritional Hazards of the Gluten-Free Boom

Turns out, I had heard right. “When we make the decision to eliminate gluten, we are throwing the baby out with the bathwater,” says Will Bulsiewicz, MD, MSCI, a gastroenterologist in Charleston, South Carolina, and author of Fiber Fueled.

“Gluten-containing foods contain many things that are incredibly healthy for us.” Foods that contain wheat, barley, and rye—the three sources of gluten—are also among the leading sources of whole grains in the United States, Bulsiewicz says. They provide B vitamins, protein, and minerals including iron, zinc, and magnesium. They are also excellent sources of fiber, something 96 percent of people in the United States are deficient in, according to the National Health and Nutrition Examination Survey.

In one study in the British Journal of Nutrition, healthy subjects who ate gluten-free for a month measured lower levels of beneficial bacteria and higher levels of unhealthy bacteria in their guts. Another study found that people who followed gluten-free diets when it wasn’t medically necessary reported an overall lower intake of whole grains, something the study authors warned increased the risk of heart disease. Nevertheless, many people with no medical reason to avoid gluten swear they feel better when they do. Why is that?

“Almost all gluten-containing foods are processed foods—bread, pasta, pizza, and cereal,” Bulsiewicz says. To feel better, you don’t have to shun healthful whole grains—just ditch the processed varieties as much as you can.

5 THINGS YOU NEED TO KNOW

Unfortunately, I was forced to reexamine my own relationship with gluten last year when my daughter was diagnosed with celiac disease, an autoimmune disorder for which eliminating gluten is the only treatment. Celiac is hereditary and my blood work confirmed that I carry the gene. That and my lingering symptoms suggest that I’m at high risk of developing celiac if I continue to eat gluten. We quickly transitioned our already vegan, plant-based kitchen to gluten-free, and I discovered that merging the two lifestyles is totally doable. Here are the five most important things I’ve learned through our journey.

When I Googled symptoms of celiac disease, they included digestive issues like mine and more extreme ones like diarrhea, abdominal pain, and malnutrition. My daughter had none of these, so I never suspected gluten was at the root of the crawl-out-of-her-skin nighttime anxiety, rashes, and insomnia. But more than 200 symptoms are associated with celiac, including brain fog, joint pain, iron-deficiency anemia, and infertility, according to the University of Chicago Celiac Disease Center. “It’s a chameleon disease,” says Melinda Dennis, MS, RDN, LDN, nutrition coordinator of the Celiac Center at Beth Israel Deaconess Medical Center in Boston. “You could fill pages of a PowerPoint with symptoms.”

2. Get tested before cutting gluten.

Celiac is a serious disease that ups your risk for other serious diseases, and if you aren’t sure you have it, you may not be as faithful about avoiding gluten as you need to be. A positive diagnosis also clues in family members that they need to get screened since it can silently run in families. Gluten has to be ingested daily for weeks or months to receive an accurate diagnosis. That’s why the last thing you should do is go gluten-free before getting tested. “You lose the opportunity for the clinician to rule out or diagnose celiac disease,” Dennis says.

3. Going GF “to eat healthy” can put others in harm’s way.

Restaurant dining is a minefield for people with celiac. When a customer makes a gluten-free request, the kitchen staff has to switch into high alert to avoid cross contamination: changing gloves and using separate utensils, griddles, and counter space. If a customer orders gluten-free, but the restaurant staff later sees him drinking a beer or eating a gluten-containing dessert, they may shrug off future requests. A 2019 study in The American Journal of Gastroenterology found that one in three restaurant dishes labeled gluten-free contained gluten.

4. Get to know gluten-free whole grains.

Cutting out gluten can create a whole-grain void in your diet that can lead to gut dysbiosis. Instead of limiting your menu to gluten-free standbys like rice and quinoa, make a concerted effort to add gluten-free whole grains that you haven’t tried before. “If you rotate several choices of gluten-free grains in your diet, you can greatly improve your nutritional profile,” Dennis says. Rather than giving up the old gluten-containing dishes you love, adapt them using GF grains, says Carol Fenster, a consultant and cookbook author who specializes in gluten-free recipes. “Replace barley in soup with sorghum. Mix buckwheat and teff into gluten-free oats. Incorporate amaranth into Taco Tuesday.” Check out our list of gluten-free whole grains below.

5. Watch out for processed foods.

Most gluten-free breads, pastas, crackers, and other packaged goods contain long lists of refined starches and fillers. “In 2020, we have ultra-processed Frankenstein foods being marketed as gluten-free and healthy,” Bulsiewicz says. As with all foods, the healthiest gluten-free choices are whole plant foods. WFPB eaters have an advantage here because we already avoid processed foods. Done right, a gluten-free lifestyle reinforces WFPB habits like cutting back on processed sauces and salad dressings that harbor gluten; cooking more at home; and thinking ahead when you’ll be away from your kitchen. It also gives you an extra push to open up dialogue with waiters to make sure your restaurant order meets all of your dietary needs.

If you suspect gluten might be causing problems for you, ask your doctor about testing. According to Bulsiewicz, three out of the four scenarios below warrant wholesale removal of gluten from the diet. Read on for the breakdown.

Why Whole Grains Should Be Part of Your Diet

The following whole grains are all gluten-free.

For a healthier gut, incorporate at least a few different kinds into your meal routine. Tip: While you’re familiarizing yourself with a new grain, we recommend batch cooking a large amount and making a few different recipes that use it. Forks Over Knives Meal Planner—which has 1,000+ GF recipes and uses batch cooking and other Weekend Prep steps to make weekday cooking easier—is a great source of guidance. Try Forks Meal Planner for free today.