I Ditched Meat, Dairy, Highly Processed Foods… and Half of My Body Weight

I consider myself the Every Woman, the one who spent most of her life either planning to go on a diet, struggling on a diet, crashing and burning on a diet, or beating herself up after having failed on a diet. Throughout childhood and adolescence, I was self-conscious about the 20 to 30 extra pounds I was carrying around. I lagged behind other kids during gym class and made an art of avoiding cameras at social events. My favorite thing to eat was meat: ham sandwiches, hot dogs, crispy chicken, hamburgers—you name it. My family became used to my refrain at the dinner table: “More meat, please.”

I started dieting young and was often marginally successful, but the pounds always came back. At university, I managed to lose the excess weight (by running laps around the campus at night), but I became an English teacher, and that meant lots of late-night snacking while correcting piles of compositions.

I married a vegetarian and started making vegetarian dishes for our dinners, but I never stopped eating meat myself whenever I could. I craved sweets, especially chocolate and ice cream, and grew progressively heavier after the births of each of our three daughters. I spent money on diet programs, exercise equipment, and gym memberships.

My bodybuilding nephew came to stay with us at one point; he convinced me, and I convinced my husband, that we should be eating tons of protein. We went down a rabbit hole of meat-induced sluggishness.

The Power of Persuasion

Eventually I weighed 247 pounds, after which I stopped weighing myself. I was down to two dresses and one pair of size-24 pants to wear while teaching. In January 2018, I fell on an ice patch in the college parking lot, and my injured knee ballooned to 19 inches in diameter. The doctor told me I would need cortisol shots every three to six months until it was time to replace it. (I was 57.)

Four months later, and still in relentless pain, I read a persuasive essay by one of my students who chose animal cruelty in slaughterhouses as her topic. Her words moved me, and I followed the links listed in her bibliography. They eventually led me to the Forks Over Knives documentary, which shed light on the health benefits of a whole-food, plant-based diet. Convinced that this way of eating was not just the most healthful option but also the most ethical, I resolved to leave behind all processed foods, animal products (including dairy), and added fat, salt, and sugar.

I know most people wouldn’t associate the word “easy” with such a big change, but for me, it really was, thanks to my husband. A former marathon runner who believes in healthful eating, he was immediately on board. Right away he began making us fabulous WFPB meals, which left me so satisfied, I just couldn’t be bothered to go out and get greasy junk food. A few weeks in, as my pain, brain fog, and inflammation disappeared, I knew I would commit to this for life.

Turning Back the Clock

It took 22 months to lose 123.5 pounds, or exactly half of myself. Today my blood pressure is 106/65, with a resting heart rate of 52. My skin is clear, and my hair is soft. My two knees look exactly the same. My eyesight improved to the point where the doctor had to change my prescription. I feel as if the clock is spinning backwards and I am getting younger because I have so much more energy. At age 60, I carry my grandchildren in baby carriers during power walks and work out in the basement when there’s snow outside. And there are no words to describe how it feels for this lifelong seamstress to slip into a wide variety of beautiful custom-made size-4 outfits.

Our three daughters are also bringing up their children to eat this way, and there are increasingly more family members around the table for weekly plant-based meals. People inquire about the change in my appearance and my health, and I always tell them the same thing: Quit the highly processed foods and animal products. Do it now. This Every Woman is glad she did.

Misinformation and misconceptions abound when it comes to plant-based eating. Before research and my own experience made me a believer, I used to fall for these myths myself.

In fact, starchy root vegetables and whole grains (such as oat groats, quinoa, spelt, millet, rye, buckwheat, and brown rice) are the foods that keep you feeling fuller longer, making it easier to pass up the highly processed junk foods that actually do cause weight gain.

A woman my size doesn’t need more than 40–45 grams of protein a day, according to the World Health Organization. I easily meet that quota by lunchtime without even trying. For instance, if I have oatmeal for breakfast and bean salad and a bowl of pea soup for lunch, I’m there.

To that I would reply: Have you opened a Forks Over Knives cookbook lately, or perused the hundreds of thousands of truly yummy plant-based recipes offered online? I have enjoyed more flavor and variety in the last three years than in the 57 years I spent as a meat eater. Eating is believing! 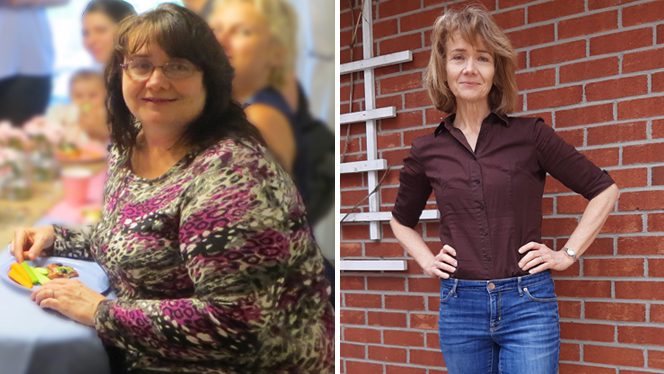