Why You Should Have a Fruit-Filled Summer

If you’re like most Americans, you probably aren’t eating enough fruit: Americans eat a single serving of fruit per day, on average. In fact, only a small minority—24 percent and 13 percent, respectively, of the population—are meeting the recommended minimum for fruit and vegetable consumption, which is between 5 and 9 servings per day. Low fruit consumption can increase your chances of dying, but eating even one additional serving can mitigate that, which is why we should all be eating more fruits this summer.

Summer picnics usually go hand-in-hand with hot dogs. But were you aware that processed meats can increase your risk of dying? Replacing bacon, hot dogs, and sausages with healthier options like fruits will help you avoid the toxic nitrosamines found in processed meats. And fruits contain antioxidants and phytonutrients—a win, win! Furthermore, the beneficial effects of fruits aren’t just limited to mortality; they have also been shown to help prevent and treat some of our most common diseases.

Several studies have shown that fruits have a dose-dependent relationship with the incidence of heart disease, meaning that those who eat more fruits have a lower risk of developing the condition. Fruits have been so effective in reducing heart disease that a whole province, North Karelia in Finland, embraced the idea by changing its dairy farms to berry farms to increase fruit consumption—and improve the health—of its citizens. By replacing animal-based foods with berries, along with other healthful changes, the region went from having one of the highest rates of heart disease in the world to one of the lowest within a generation.

Fruits have also helped patients all over the world lose weight and lower cholesterol. Fruits, contrary to popular belief, can also reduce your risk of developing diabetes. I often hear of patients who avoid eating fruits because of the sugar content, but these patients could not be more mistaken. While fruits do contain sugar, they have not been shown to worsen existing diabetes when consumed in their entirety, as opposed to being consumed as a juice, which concentrates the sugar to high levels. Fruit juice can increase body weight and the risk of diabetes. In contrast, the fiber content in whole fruit offers a protective effect by slowing digestion and absorbing the sugar load. In fact, fruits have recently been shown to be beneficial for people with diabetes. Eating fruits is healthy for people both with and without chronic illnesses, but unfortunately too many people don’t eat enough of them.

I, too, was once guilty of only eating just a single piece of fruit per day. When I was a child, my favorite fruit was the banana, and I would eat a single banana every day, perhaps like many of you. After eating my daily banana, I thought I had fulfilled my daily need for fruit, and the idea of eating more than one banana per day was almost heretical. But I was wrong. The adage of “an apple a day keeps the doctor away” should not be taken literally. Eating multiple servings of the same fruit is both safe and encouraged! Scientific studies have shown that eating 20 servings of fruit daily is safe, and even more fruits could be consumed since there is likely no upper limit to healthy fruit consumption. I now eat several bananas in one sitting.

Another major reason I hear people cite for not eating fruits is their perceived lack of fun when compared to a prepared dessert, for example. In fact, fruits can be extraordinarily fun to prepare, present, and eat. A berry medley, peach cobbler, and a fruit salad are all great options for an outdoor picnic. In terms of fruit variety, there’s no better season than summer, with its bountiful array of choices like plump apricots, decadent cherries, ripe peaches, succulent nectarines, juicy melons, and sweet berries of all sorts.

Eating a single fruit a day leaves a lot of healthful opportunities still on the table, both figuratively and literally. With so many easy options to have fun and be healthy with fruits, there is no reason to hold back from eating more of them this summer. What are you waiting for?

This article was originally published on July 6, 2017, and has been updated. 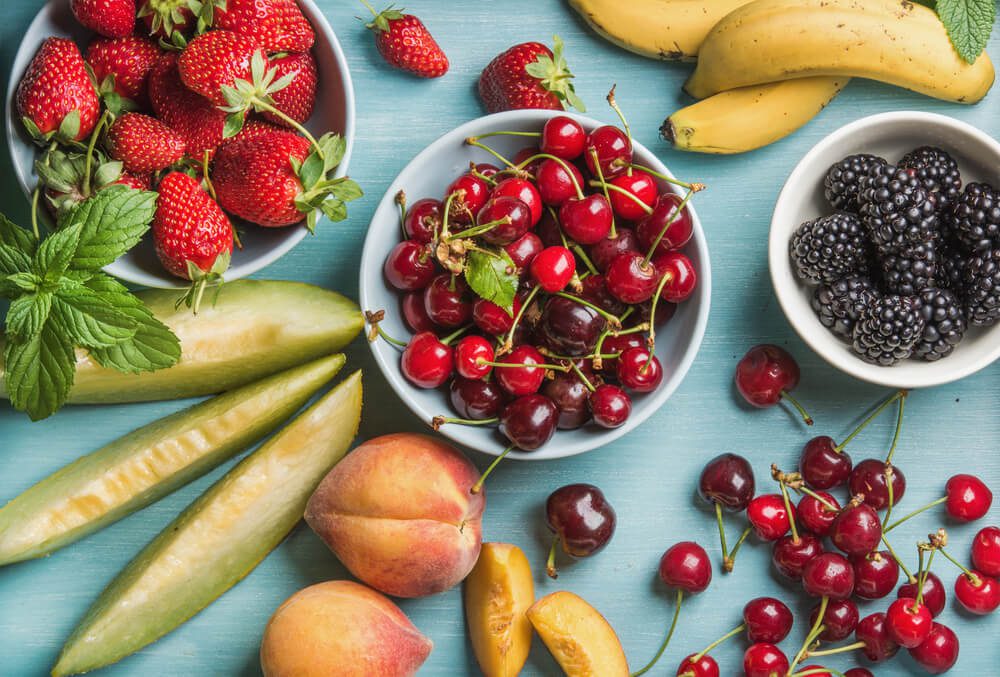 Are Potatoes Good For You? Everything You Need to Know About Starchy Vegetables
Jul 6, 2022
Facing Prediabetes, I Ditched Fast Food for Plant Foods
Jun 14, 2022
Should You Avoid Nightshades? A Look at the Research
Jun 10, 2022

Shivam Joshi, MD, is a board-certified physician with an interest in plant-based health and evolutionary diets. He serves as a clinical assistant professor at the New York University School of Medicine. He completed his nephrology fellowship at the University of Pennsylvania. He received his BS from Duke University and his MD from the University of Miami. He completed his residency in internal medicine at the University of Miami/Jackson Memorial Hospital. Dr. Joshi has published over a dozen scientific articles on various topics in medicine. He is currently writing a book on the adverse health effects of a carnivorous diet. You can follow him on his blog and on Twitter.