A Look Inside Plant Based World: The First Vegan Trade Show in the U.S.

The Plant Based World Conference & Expo made its debut in New York City at the Jacob K. Javits Convention Center on June 7. And in true Broadway fashion, the two-day event, which promised to bring everything plant-based under one roof, featured a star-studded line-up of vendors and speakers.

Almost 4,000 attendees packed the inaugural event. The first day was for members of the industry, but the second day served as Community Day, inviting members of the public to attend and explore the Expo floor with its 125 sponsors and exhibitors, many of whom were debuting new or yet-to-be-released products. 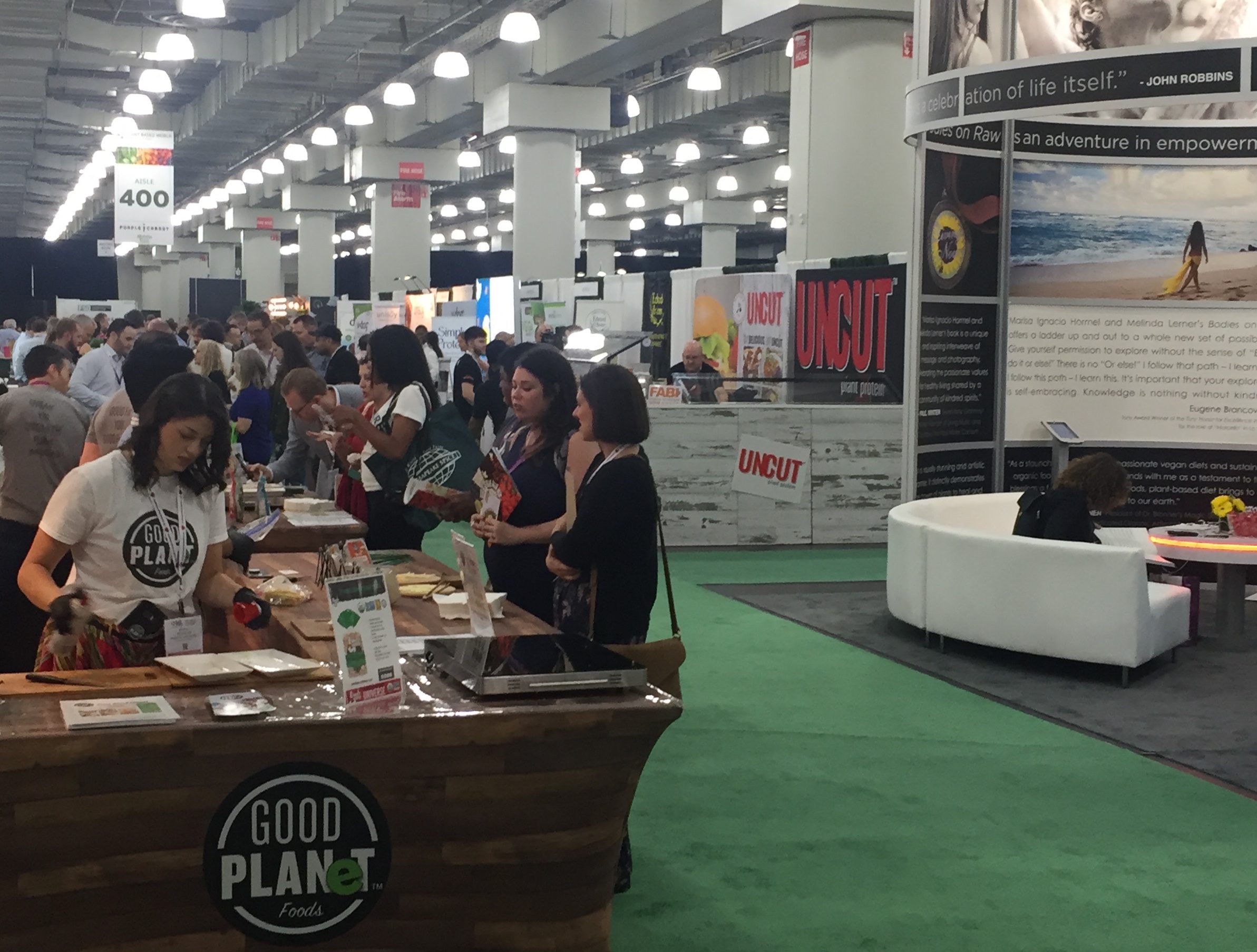 The event was designated as the official trade show of the Plant Based Foods Association. “Our shared mission is to promote the plant-based foods industry,” said Michele Simon, executive director of the Plant-Based Foods Association, in a statement. “Through this partnership, we look forward to growing the industry together by educating professionals and consumers about the many benefits of plant-based foods.”

In addition to perusing the many plant-based products on offer, attendees had the mind-boggling task of choosing from a robust lineup of presentations and panels from some of the brightest names in the business on several different tracks.

Dean Ornish, MD, delivered a powerful presentation about undoing chronic disease while cardiologist Joel Kahn, MD, spoke eloquently about the effect of a plant-based diet on heart disease. Other highlights included T. Colin Campbell, PhD, who detailed his research that led to The China Study, and Michael Greger, MD, who dished on all things How Not to Die. Forks Over Knives hosted a panel about how a plant-based diet can prevent and reverse chronic diseases. Forks Over Knives Editor-in-Chief Elizabeth Turner moderated the panel (pictured below), which included Garth Davis, MD; Shivam Joshi, MD; Robert Ostfeld, MD; Tim Kaufman of FatManRants; and Robby Barbaro of Mastering Diabetes. 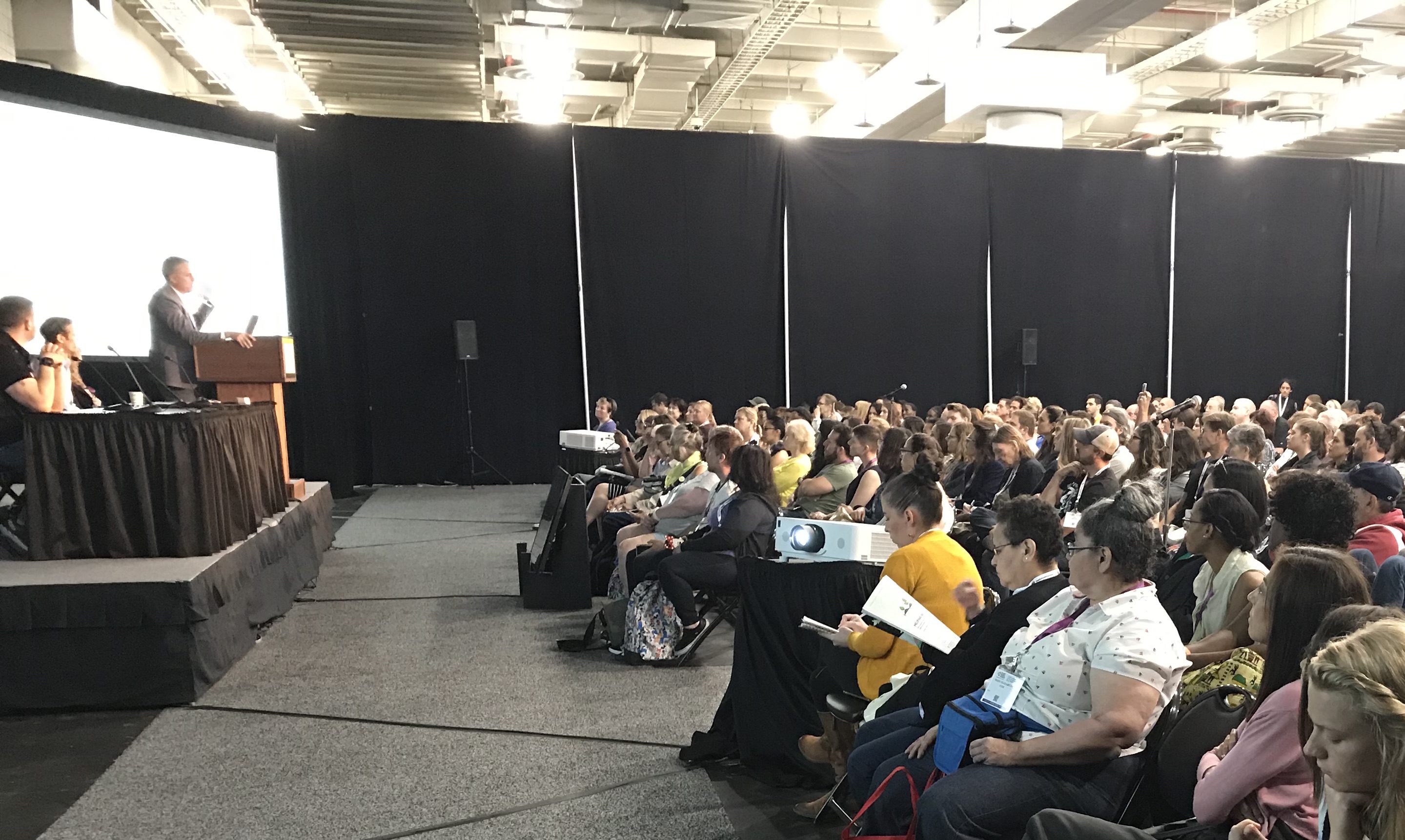 Plant Based World closed with a keynote presentation by chef Charity Morgan and her husband, NFL linebacker Derrick Morgan.

The expo was so successful that organizers are already planning a return appearance in New York City for June 5–6, 2020. Keep an eye on www.plantbasedworldexpo.com for updates.

New York Moves to Guarantee Plant-Based Options at Hospitals Statewide
Dec 12, 2019
What Does ‘Forks Over Knives’ Mean, Anyway?
May 3, 2019
Will a Vegan Public School Open Next Fall in Florida?
Apr 30, 2019