A hospital in Lebanon has become the first in the world to adopt a completely vegan menu.

Hayek Hospital, located in a suburb of Beirut, launched its 100 percent plant-based menu on March 1. A Hayek Hospital social media post announcing the news describes the move to go completely vegan as a “moral responsibility.” “Our patients will no longer wake up from surgery to be greeted with ham, cheese, milk, and eggs—the very foods that may have contributed to their health problems in the first place,” the post reads.

The hospital attributes its groundbreaking decision to several factors, including concerns about the link between red and processed meats and cancer. Because the World Health Organization classifies consumption of processed meat as carcinogenic and consumption of red meat as probably carcinogenic, “serving meat in a hospital is like serving cigarettes in a hospital,” the Hayek Hospital announcement says.

Hospital statements also point to the role that animal agriculture plays in spawning infectious diseases, citing the Centers for Disease Control’s estimate that 3 out of 4 new or emerging infectious diseases come from animals. “We believe it’s well about time to tackle the root cause of diseases and pandemics, not just treat symptoms,” they note.

Beyond highlighting the detrimental consequences of animal-based foods, the hospital emphasizes the health benefits of plant-based diets, which have been shown to reduce the risk of heart disease, diabetes, and certain cancers. The family-owned private hospital says it began advocating these health benefits to patients last year, as it transitioned toward a plant-forward menu.

While Hayek is the first hospital to completely purge animal products from its menu, a number of hospitals have begun offering more plant-based options in recent years. Both New York and California have enacted laws requiring hospitals to offer a plant-based option with every meal. In 2018 NYC Health + Hospitals/Bellevue launched the Plant-Based Lifestyle Medicine Program to help patients transition to a whole-food, plant-based lifestyle.

The American Medical Association passed a resolution in 2017 calling on U.S. hospitals to provide healthful plant-based meals to promote better health in patients, staff, and visitors. The American College of Cardiology has issued similar recommendations. 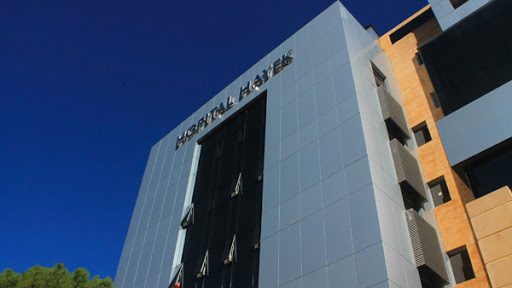