The No-B.S. Guide to Vegan Protein

It’s the question that vegans and whole-food, plant-based eaters hear all the time: “Where do you get your protein?” Given the abundance of misinformation on the subject, concern over protein deficiency is understandable—but totally unfounded in science. In this guide, we’ll review what protein is, how much protein we need, how much most people are getting, whether athletes need more, the dangers of consuming too much, and how to easily meet your protein needs with whole plant foods.

Let’s start with a basic definition: Protein is one of three macronutrients our bodies use for energy. (The other two macronutrients are carbohydrates and fat.) Protein is made up of 20 individual building blocks called amino acids. Amino acids are vital to our bodies—necessary for building and repairing cells, creating enzymes and antibodies, and performing other essential functions. Our bodies can synthesize most amino acids on our own, but there are eight that we cannot synthesize: These are the essential amino acids, and we easily get them from food. Read more about amino acids here.

When it comes to protein intake, there’s a surprising discrepancy between how much we need and how much we’re getting.

How Much Protein Do Most of Us Really Need?

For the general population, getting 10–15 percent of daily calories from protein is sufficient. This is true even for people who lead an active lifestyle.

How Much Protein Do Most of Us Get?

Science shows that most of us already get more protein than we need.

In 2013, the Journal of the Academy of Nutrition and Dietetics published the largest study to date comparing the nutrient intake of more than 71,000 non-vegetarians, vegetarians, and vegans. The study found that, on average, vegetarians and vegans get 70 percent more protein than they need every day (70-plus grams), while non-vegetarians get even more than that (almost 80 grams).

Without even trying, you are most likely getting more protein than you need—whether you’re a vegan, vegetarian, or omnivore. Protein deficiency is almost exclusively seen in people suffering from a calorie deficiency. In these cases, the concern should be getting more calories and more of all nutrients—not just protein.

Can Athletes Get Enough Protein on a Vegan Diet?

Generally speaking, athletes can easily get enough protein on a whole-food, plant-based diet, and they don’t need to consume protein powders or bars—or even focus on eating whole foods with high concentrations of protein, such as beans—to do so. As Alona Pulde, MD, and Matthew Lederman, MD, write in The Forks Over Knives Plan: “Athletes do require more protein (and all nutrients) than sedentary people, but there is no evidence that they require a higher percentage of protein compared to other macronutrients in their diet to perform more optimally.” In other words, most athletes just need to eat more food, period. 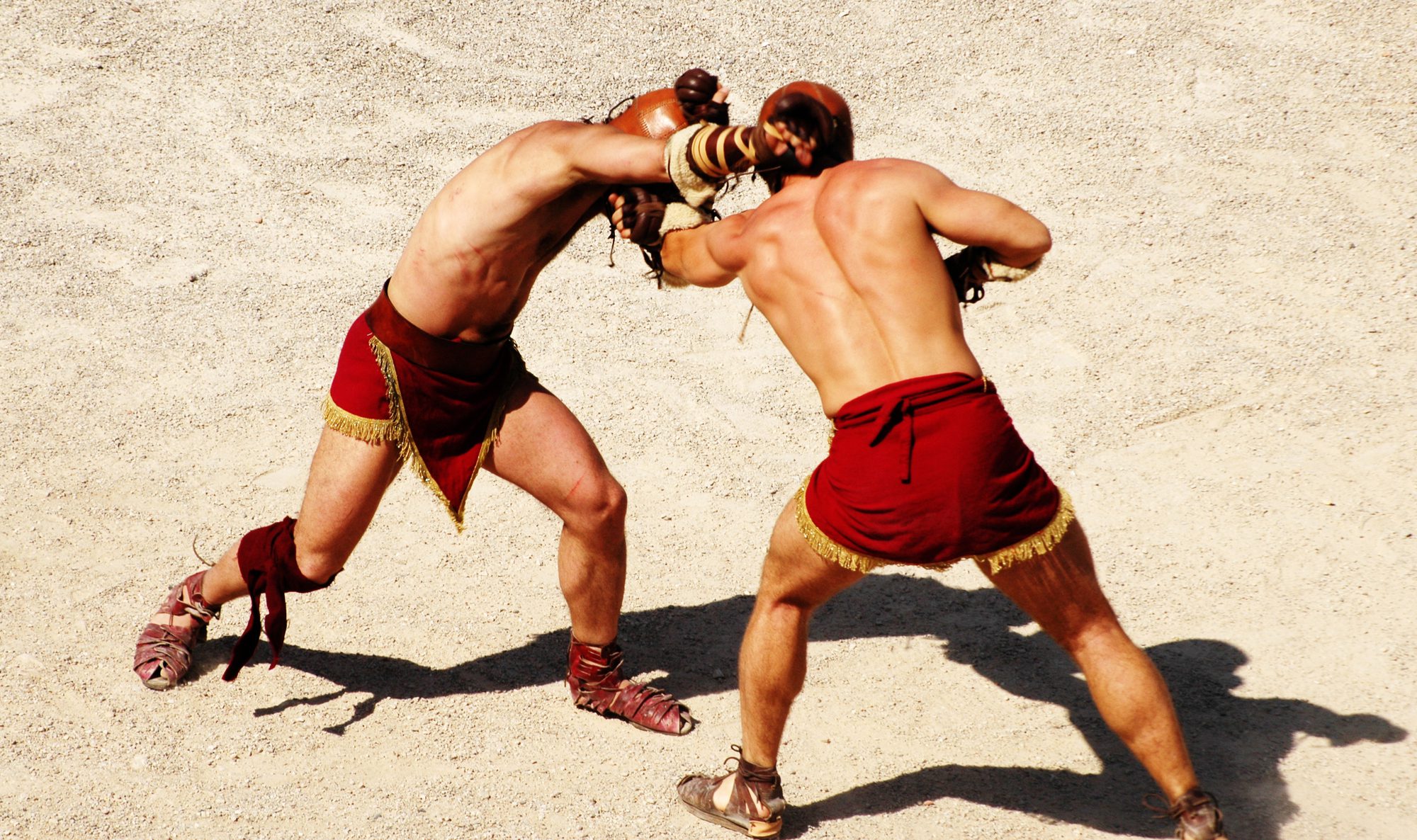 Fun fact: Roman gladiators were mostly vegetarian and ate lots of barley and beans, studies of their bones have revealed.

In an interview with Forks Over Knives, Garth Davis, MD, author of Proteinaholic, noted one situation that might be an exception: “The only time I’ve seen where [proportionally] more protein truly seems to help seems to be in a situation where you’re on a calorie deficit and you’re trying to prevent muscle mass loss,” says Davis. “A bodybuilder cutting for a bodybuilding competition … [will] want a higher percentage [of their calories to come from] protein … to preserve the muscle mass.”

If you have any doubt that a plant-based diet can provide you with enough protein to become a high-performing athlete, you needn’t look far for living examples, such as bodybuilder Robert Cheeke, ultra-endurance athlete Rich Roll, ultra-runners Matt Frazier and Fiona Oakes, and the many elite athletes highlighted in the new documentary film The Game Changers. 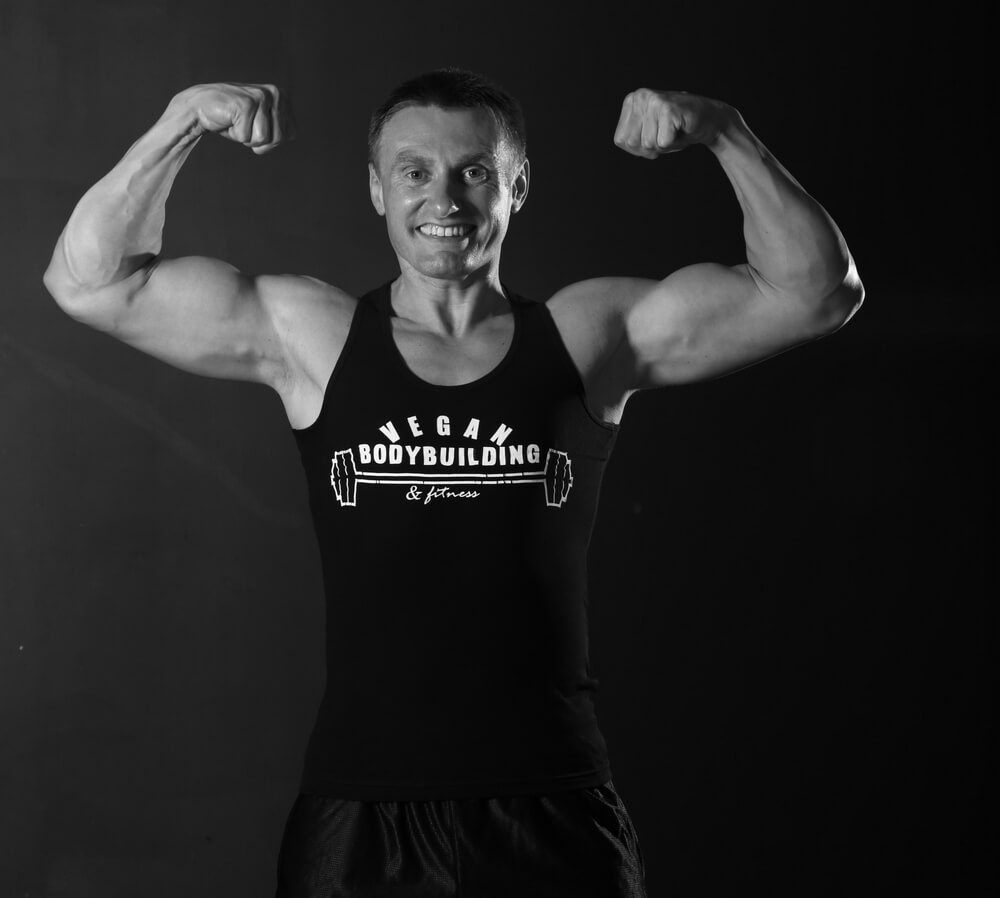 We’ve established that vegans get more than enough protein, but do meat and dairy somehow offer qualitatively “better” protein than plant sources? Not by a long shot.

The Dangers of Animal Protein

It might seem wise to err on the side of getting too much protein. But doing so poses health risks, particularly if you’re consuming animal protein: A growing body of research demonstrates a link between animal protein intake and serious health problems, including cancer, heart disease, and osteoporosis.

A 2018 study of more than 81,000 people found that regular meat consumption was associated with a 60 percent increase in the risk of heart disease. High consumption of animal protein was associated with early death in a 2019 study published in the American Journal of Clinical Nutrition. Another  2019 study found that white meat is as cholesterol-raising as red meat. In a cohort study published in 2014, high protein intake, especially from animal sources, was associated with elevated risk of developing type 2 diabetes. And despite a common assumption that eating more protein can be helpful in achieving weight-loss goals, eating animal protein is actually associated with weight gain.

“Animal protein is a major cause of weight gain, heart disease, diabetes, inflammation, and cancer,” says Michelle McMacken, MD, director of the Adult Weight Management Program at NYC Health + Hospitals/Bellevue in New York City. “Contrary to popular perception … excess protein does not make us stronger or leaner. Excess protein is stored as fat or turned into waste.”

Can Excess Plant Protein Be Dangerous?

The adverse effects of consuming high quantities of animal protein are well-documented. Is it unhealthy to consume too much protein from plants?

This is an area in need of more research, but Davis speculates that plant protein could accelerate aging the same way that protein from animal products does. “There is quite a bit of sense in the science of aging that protein is a big driver of aging,” Davis says. “Is it just that it’s animal protein? Well, it appears that it’s leucine, specifically, and maybe some other [amino acids] like methionine. It happens that meat protein is higher in leucine and methionine than plant protein is. But if you’re going to keep pushing plant protein enough, you’re going to get enough leucine where you get that same effect,” says Davis.

Do Vegans Need to Combine Foods to Get Complete Proteins?

There’s no need to combine specific plant foods to ensure your proteins are “complete.” Your body breaks down the amino acids in foods and builds them up into complete proteins all on its own. “Any single whole natural plant food, or any combination of them, if eaten as one’s sole source of calories for a day, would provide all of the essential amino acids and not just the minimum requirements but far more than the recommended requirements,” writes Jeff Novick, MS, RD. Read more about The Myth of Complementary Protein. 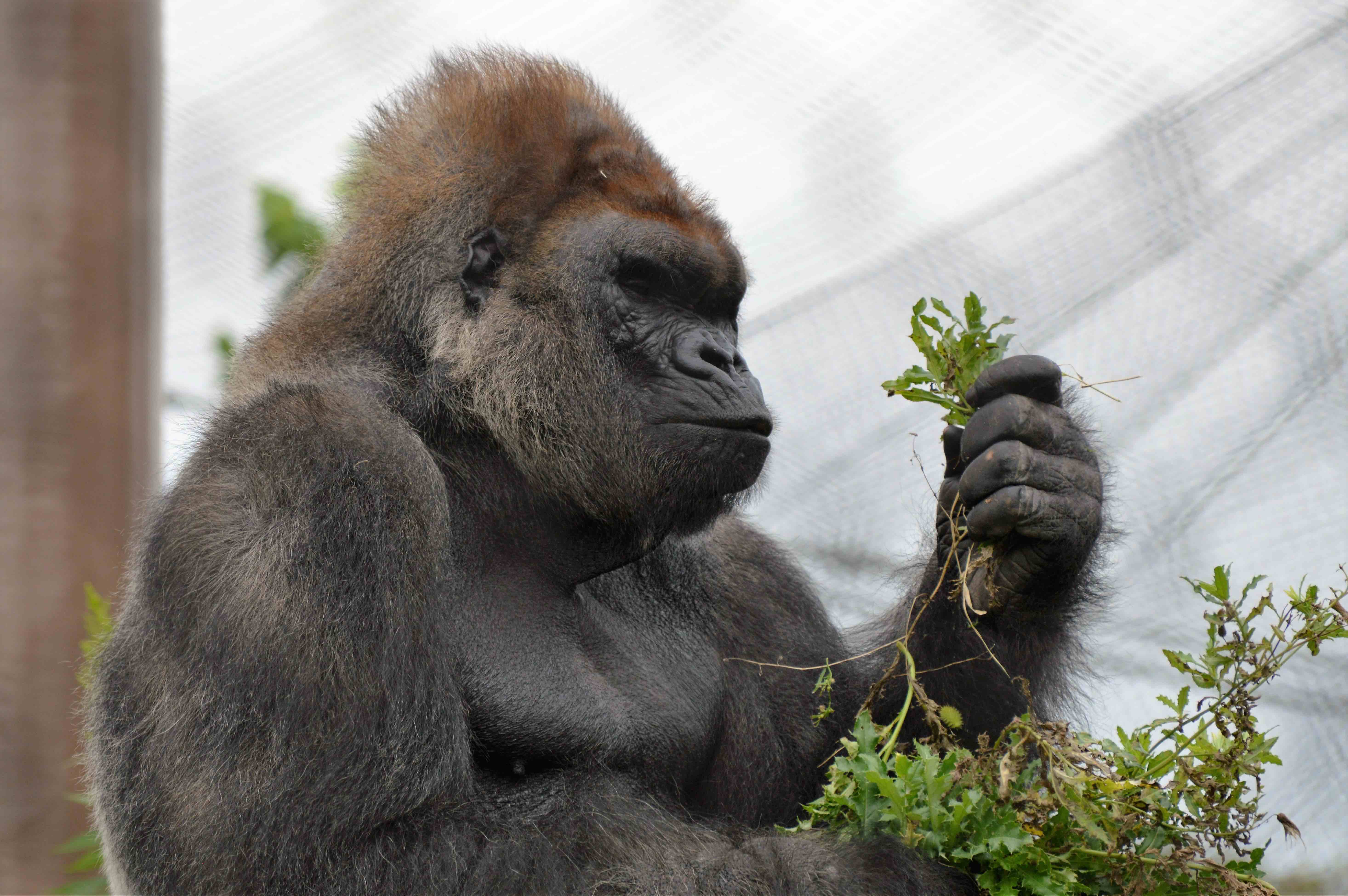 Gorillas are herbivores and at least six times stronger than humans, with some estimates putting the number at 20.

You can get all the protein you need simply by eating a whole-food, plant-based diet. You don’t need to expend any extra effort to ensure you’re getting enough protein or any other macronutrient or micronutrient. As Drs. Pulde and Lederman write in The Forks Over Knives Plan, “You should not worry about how much protein you’re getting any more than you should worry about the perfect number of breaths you take in a day.”

Whole plant foods that have high concentrations of protein are beans (including soybeans and tofu and tempeh), lentils, and other legumes; bulgur; nuts; and seeds. But as vegan ultramarathoner Matt Frazier writes in The No Meat Athlete Cookbook, “It’s not just tofu, beans, and nuts that pack the protein in a plant-based diet. Indeed, just about everything else in whole-food, plant-based diets—grains, veggies, everything except most fruit—has a protein content at or above 12 to 15 percent of total calories. Put it all together, and you get a diet that provides you with plenty of protein—even as an athlete.”

What Are the Best Sources Of Protein?

The bottom line: The best sources of protein are whole plant foods, which provide ample protein without any cholesterol. New to the plant-based world? Check out our Beginner’s Guide to a Plant-Based Diet for more information.

Olympic Cyclist Dotsie Bausch on Why Athletes Are Going Plant-Based
December 5, 2019
Peak Fitness After Switching from a Mediterranean Diet to a Plant-Based Diet
November 14, 2019
Harlem Globetrotter Kris ‘Hi-Lite’ Bruton on Powering Up with a Plant-Based Diet
July 2, 2019