Standing six feet tall and sporting 210 pounds of chiseled muscle, U.S. Marine veteran and bodybuilder Ronnie Penn has an impressive physique. His secret to bulking up to make it in the bodybuilding big leagues? A whole-food, plant-based diet. Forks Over Knives chatted with Ronnie about his surprising introduction to a vegan diet, how he’s helped other aspiring athletes make the switch, and some common muscle-building myths that he busted with his success.

Ronnie Penn: I started in 2013 when I was deployed in Afghanistan. I wasn’t very healthy at that time and was eating a lot of meat. A buddy of mine suggested I work toward doing a men’s physique show to help me get back in shape. I started eating a lot more plant-based meals, and I noticed I was shredding more body fat at a quicker pace. I did my first show in 2015 at the NPC Fresno Classic Championship and won my class, the open, and the overall. A few weeks after that I won again at the San Francisco Championship and qualified for nationals. [Editor’s note: The National Physique Committee (NPC) is the largest amateur bodybuilding organization in the U.S.]

When did you make the switch to a fully plant-based diet?

RP: After qualifying for nationals I started having internal issues that couldn’t be diagnosed, like dizzy spells and heart palpitations. I started doing research and everything pointed to a plant-based lifestyle as the answer to just about every major health issue. So I went 100 percent vegan right from the start. I don’t know if it’s because of my military background, but going “cold turkey” didn’t bother me. I had a real sense of determination, it was like I was on a mission. I had to heal myself whatever it took. Within the first couple of weeks I started noticing my body changing for the better. Everything started coming back—my workouts, my breathing, my symptoms started going away, and after six months I was almost fully recovered.

How has your success as a plant-based bodybuilder inspired others?

RP: I went back into the Coast Guard in 2017 as a vegan. The job I wanted wasn’t available but they had an open position for a chef. So they sent me to culinary school and I modified every dish I learned to make it plant-based. I was the first chef in the Coast Guard that offered a vegan option on the boat to the whole crew. In one patrol, lots of the guys were going to fail their physical fitness test so I had them sign up for a 100 percent plant-based diet during our 90-day patrol. Every single person lost between 15 to 25 pounds and passed their physical.

What do you typically eat in a day?

RP: I always start the morning with a smoothie and a bowl of oatmeal with fruit. Throughout the day I snack on nuts and more fruit, and then most of my lunch and dinner meals are some combination of quinoa, lentils, and a bunch of stir-fried veggies. I love making curries from scratch and changing up the spices to get new flavors every time.

What is your favorite aspect of being a personal trainer?

RP: I love to teach people about plant-based nutrition because I think we’re often blinded by the marketing of the fitness world. Most of the things we think we should do to build muscle just aren’t true. It’s really exciting when my clients connect the dots and begin to see that eating vegan is just as good for our environment, society, and animals as it is for their fitness.

What’s next for you?

RP: Right now I’m in school at the Police Academy and am focusing on my online personal training. But I’m also working with a friend of mine to build a plant-based fitness app! I’m providing all the meal plans and recipes for it. As far as bodybuilding competition goes, I might do a Master’s competition down the road but I’ve gotten to the point where competing isn’t really my motive anymore. My main goal is to educate others and spread awareness of how eating plant-based can benefit you both in and outside the gym.

Penn shares some of the biggest muscle-building myths that he’s busted since going vegan.

Myth 1: “You need 1.8 grams of protein per body pound to gain muscle.”

Truth: “You don’t need that much protein,” Penn explains. “In order to develop good muscle size, your body needs protein and a good amount of  carbs—complex carbs, that is. Your muscles need energy for intense strength training, which initiates the building process.”

Truth: “Muscles get their size from how you feed them and rest them. As long as you focus on form (not the weight) during a workout, the muscle will break down so it can rebuild,” says Penn. “If big muscles are your goal, eat a higher volume of nutrient-dense foods and schedule rest days so your body can catch up with all the work you’re putting in.

Truth: “For women, lifting heavy weights will get the best results for any goal,” says Penn. “Lifting heavy will not make you bulky (for women or men). Remember, size comes from a high-calorie diet. When you’re eating a balanced plant-based diet, lifting heavy burns more calories so the muscles will get toned instead of bulky.” 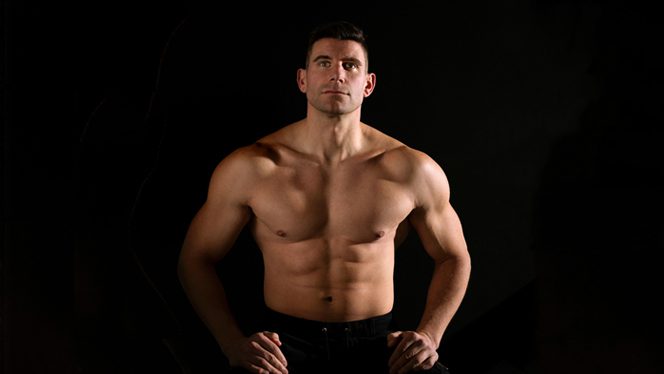