How to Make the Best Vegan Pizza

Vegan pizza is nothing new: In Virgil’s Aeneid (written around 30 B.C.), weary travelers top “thin wheaten cakes” with fruits, veggies, and herbs. That 2,000-year-old scene touches on the customizability of pizzas and flatbreads, which makes them a popular option among plant-based eaters today. Cheese– and meat-free pizza isn’t just for vegans; it’s a smart choice for anyone seeking to eat more healthfully. 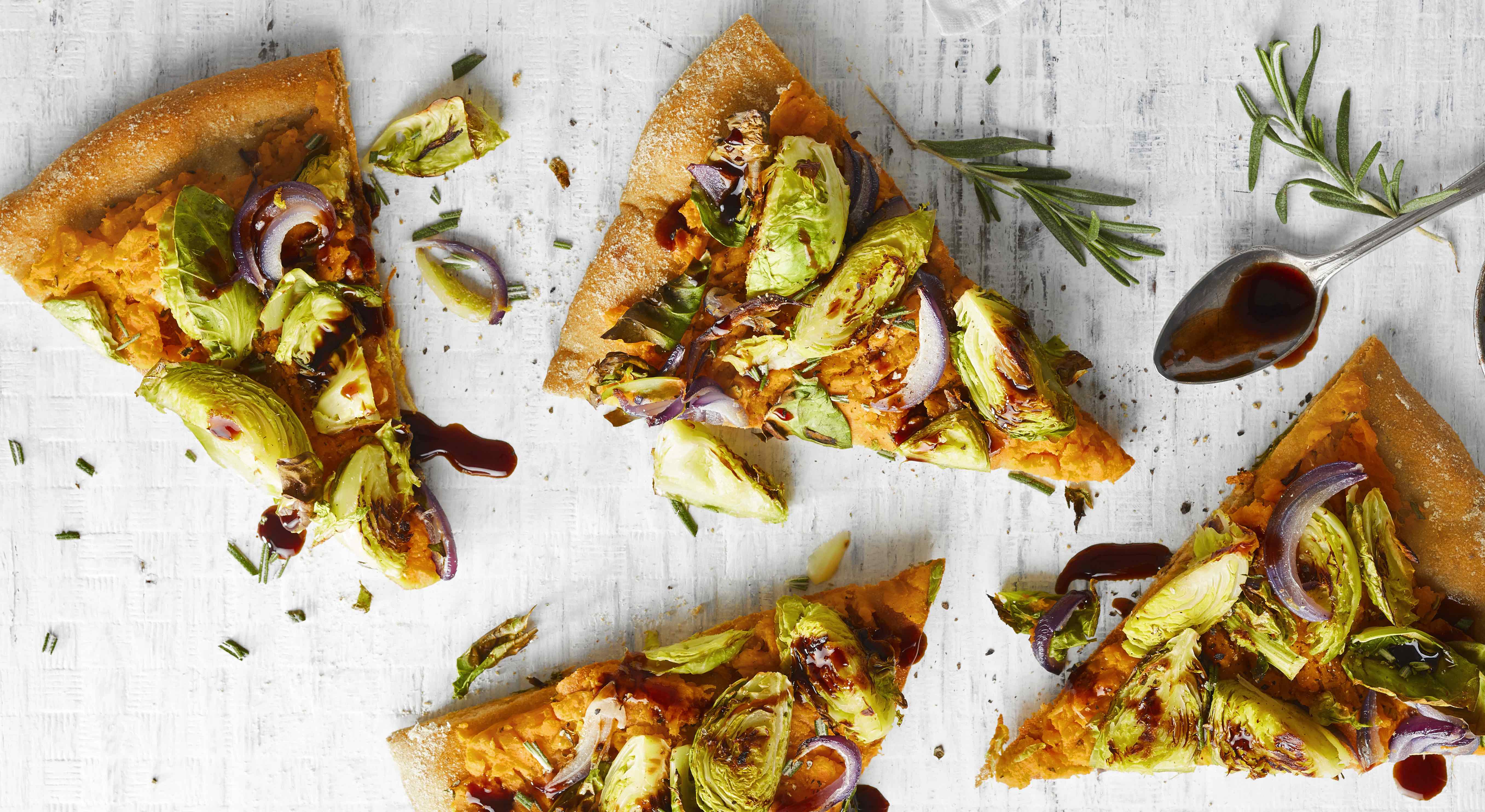 So, what’s the difference between a flatbread and a pizza? Not much. Some purists insist that flatbreads should be made with unleavened dough, but many chefs have broken with that tradition. The only persistent practical distinction is crust-deep: Flatbread crusts tend to be thinner and more oblong than pizza crusts. The building blocks for pizza and flatbreads—dough, sauce, and toppings—are the same for both. 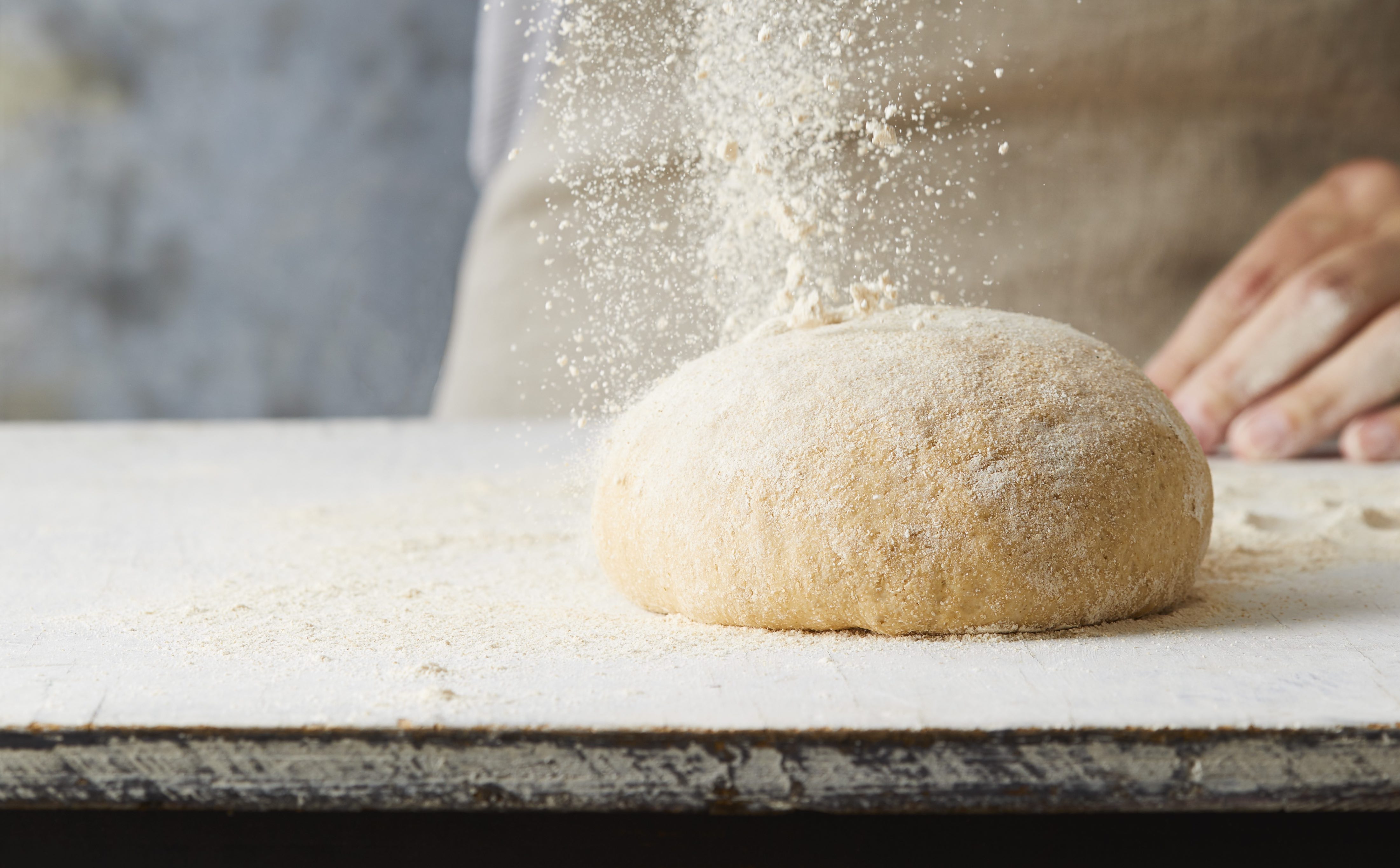 How to Make Vegan Pizza Dough

Traditional pizza dough is vegan. It simply consists of flour, yeast, sugar, water, and salt. However, some contemporary restaurants have added dairy to the mix, with “buttery” or “stuffed” crusts and whey in the dough—something to take note of if you’re trying to order a vegan pizza out. Making a vegan pizza crust from scratch is easy with our simple recipes: Try the whole wheat version or the gluten-free version.

How to Parbake a Pizza Crust

Parbaking refers to a method of partially baking a pizza crust and then freezing it for future use. Bake the crust for 15 minutes at 450°F; then freeze it. When ready to use, preheat oven to 450°F, remove the crust from freezer, add desired toppings, and bake 20 more minutes. 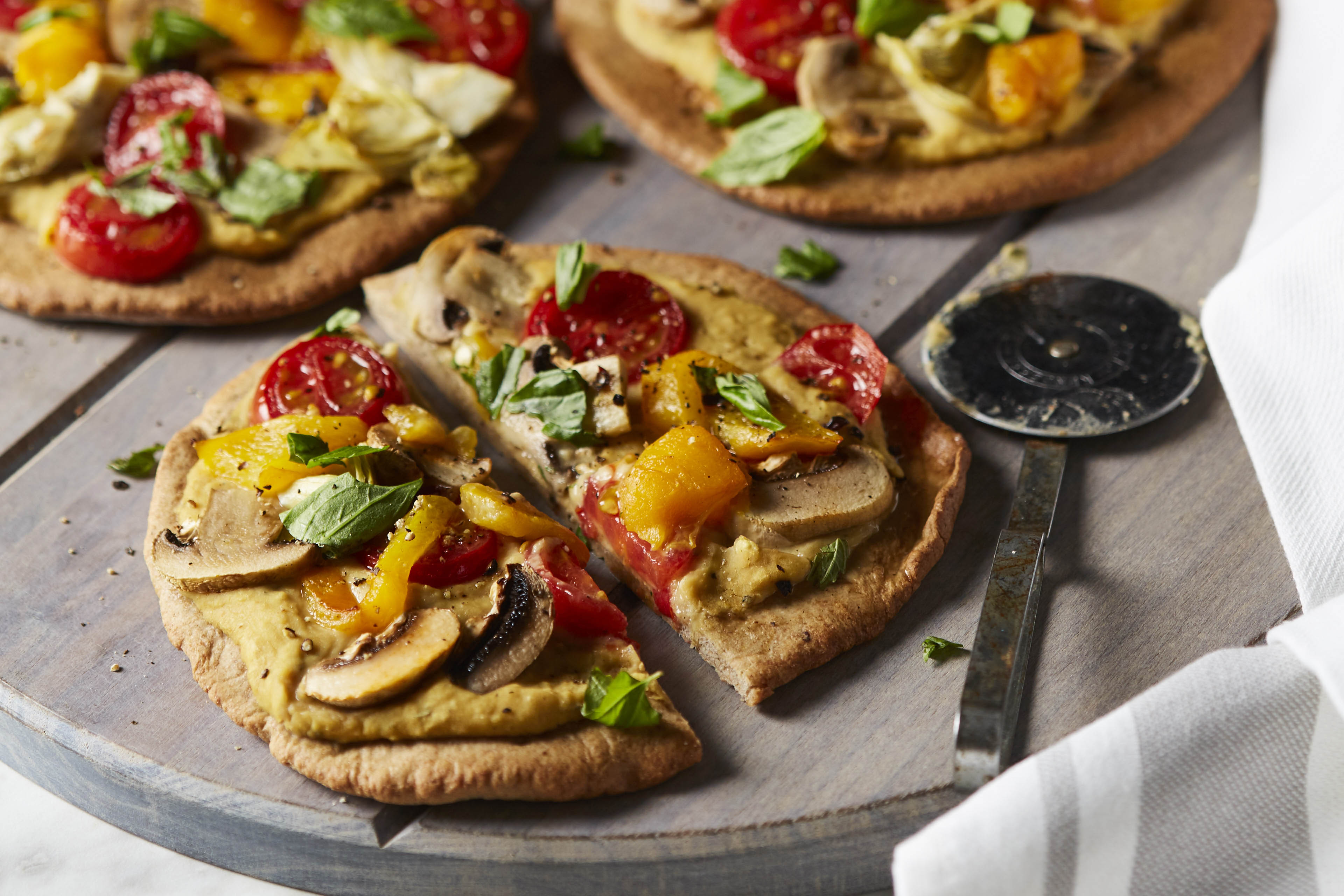 The sauce is where the real fun begins. From pizza classics such as tomato sauce to flatbread favorites such as tahini spreads, there is a vegan version of whatever you’re craving. Here are our picks.

When it comes to vegan pizza toppings, the sky’s the limit. You can load up a pizza with every vegetable or fruit imaginable. Here are some popular pizza and flatbread toppings for vegans: 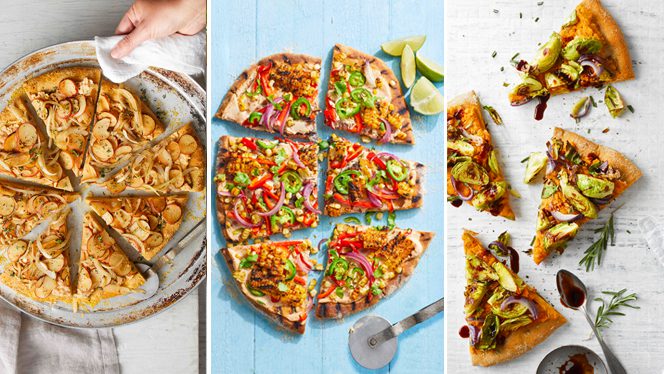 Now that you know the basics, check out all of our favorite plant-based pizza recipes.

This article was originally published on Dec. 19, 2019, and has been updated.