Reflecting on “Forks Over Knives,” the Film That Became a Movement

It has been nearly eight years since I embarked on making Forks Over Knives, and it’s incredible to look back and see how much has changed in the world since then. In 2008, I had already been eating a vegan, predominantly whole-food diet for about seven years and had been interested in health and nutrition for a long time. I knew through personal experience and research how transformative this way of eating was.

It was after I read The China Study and some other books that I came to realize the extent of the evidence. Heart disease, the country’s leading cause of death, and other chronic diseases can typically be rendered harmless by a diet of whole-plant foods. I thought to myself: Isn’t this worth a front-page story in The New York Times or Newsweek? Millions of people are suffering from heart disease and type 2 diabetes, and no one is giving them the life-saving information they need.

I was a partner in a commercial real estate firm at the time and had no background in film. But I was convinced that a film was the most effective way to bring the message to a broad audience. So in October 2008, I took a leap, a giant leap, and decided to make the documentary. I also decided to fund this project by myself on a limited budget, despite receiving several investment offers. I recruited an award-winning production team and spent the next two years working on the film that would become Forks Over Knives.

Making the film was the most fulfilling experience of my life. My goal was to make the film persuasive and relatable, which is why we took the time to allow the audience to really get to know our lead subjects, Dr. T. Colin Campbell and Dr. Caldwell Esselstyn. We spent little time focusing on the negatives and instead made the film about empowerment. We have more control over our health outcomes than we ever realized, and that’s a good thing!

The reception to the film was astounding. We did about 30 advance screenings beginning in the summer of 2010, all but one of which were sold out and often there were lines around the theaters. News about the film spread quickly, mainly by social media. In May 2011, the film was in theaters across the country; in September of the same year, the film was released on DVD, on Netflix, and other digital platforms. Meanwhile, the companion book that arrived that summer became a No. 1 New York Times bestseller. It was clear that a large number people were ready for the message and were grateful to have more control over their health.

I didn’t think of anything beyond the film and companion book, but there were so many people who were inspired to change their diets and take back their lives that were looking for support. So we’ve stayed around and spent the last five years since the film’s release endeavoring to help people on their plant-based journeys. Our team has enjoyed doing just that with three more books, a mobile app, an online cooking school, a meal planning service, and a website that is one of the most popular health destinations today.

People are ready for this self-empowering lifestyle, and I believe the tide is turning favorably. Plant-based eating has become such a rapidly growing trend that even meat companies are coming on board, and it’s now a common topic of conversation among even the most mainstream health publications. What was once seen as a radical way of eating is coming to be understood as healthy and commonplace.

I feel honored to be part of this plant-based movement and am thankful to see more and more people enjoying the lifestyle every year. The growing number of professionals such as doctors, nutritionists, researchers, chefs, and bloggers who support the whole-food, plant-based lifestyle gives me hope that someday we will live in a world where heart disease and type 2 diabetes will be nothing more than a very rare occurrence. 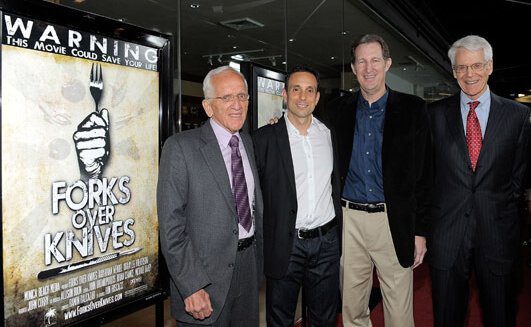