Love snacking on potato chips, Oreos, and fast-food takeout? What you put in your belly may be accelerating your chances of cognitive decline: A new study found that eating a large amount of ultra-processed foods can increase your risk of dementia by as much as 51%.

For the study, published in the July 2022 issue of Neurology, researchers at the Tianjin Medical University in China compiled data from more than 72,000 people in the UK Biobank database who were 55 or older, dementia-free at baseline, and had completed at least two 24-hour dietary assessments. The assessments were examined through the NOVA framework to break down the food they consumed into four categories: unprocessed, minimally processed, processed, or ultra-processed. Participants were then segmented into four groups based on the amount of ultra-processed food they ate, and researchers looked at the number of participants in each group who developed dementia over the course of the study.

While the starkest difference was seen between people on opposite sides of the spectrum—with those who ate the most ultra-processed foods seeing a more than 50% increase in risk compared with those who ate the least—even a 10% increase in ultra-processed foods in a participant’s diet corresponded with a 25% greater chance of developing dementia. These results took into account other lifestyle factors such as age, sex, family history of dementia, and baseline BMI.

The Culprit Behind Cognitive Decline

Ultra-processed foods consist primarily of extracted or synthesized ingredients—in other words, ingredients that have been stripped down from their whole form and modified with added salt, sugar, or oil (e.g., white bread versus whole grain bread). These items often contain very little fiber and typically have a long list of chemically-altered ingredients, which makes their nutritional quality extremely poor. Salty snacks, fast food, white bread, margarine, and sweetened beverages are all classic examples of ultra-processed food.

“These foods may also contain food additives or molecules from packaging or produced during heating, all of which have been shown in other studies to have negative effects on thinking and memory skills,” study co-author Huiping Li, PhD, said in a statement.

Defending Your Brain Against Dementia

The Neurology study authors put forth a few possible explanations for the connection between ultra-processed foods and cognitive decline: “High sodium diets can cause hypertension which can be accompanied by a decrease in cerebral blood flow,” they wrote. They also suggested that diets high in ultra-processed foods “may promote low-grade systemic inflammation, thereby accelerating the progression of neurodegeneration and vascular pathology in the brain.”

If making a large shift in your diet is difficult, the study provided evidence that even small changes can have a significant impact.

Ultra-processed foods have previously been linked to cancer, obesity, and a host of other major health risks. Consuming more foods in their whole form (i.e., fruits, vegetables, nuts, legumes, and whole grains) offers your body the entire spectrum of nutrients and minerals it needs to thrive without packing in empty calories. Cooking your own meals so you know exactly which ingredients are going into your body—and therefore, your brain—is a great way to lessen the risk of dementia as you age. 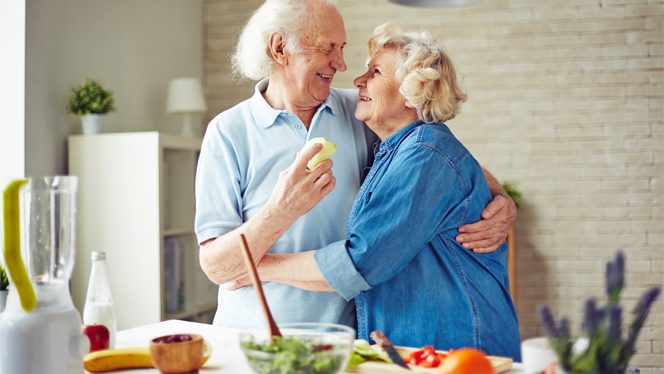