Everything You Need to Know About Insulin Resistance and Diet

What Is Insulin and Why Is It Important?­

Insulin is a hormone that is manufactured and secreted by the pancreas in response to rising blood glucose. When you consume carbohydrates, the glucose that enters the bloodstream signals the beta cells to make insulin. Insulin communicates with tissues all over your body and signals tissues that glucose is available. In effect, insulin says, “Knock knock. If you want to uptake glucose, this is your chance.”

Without insulin, cells in the liver, muscle, and fat have a difficult time importing glucose from the blood. These tissues can transport only a small percentage (5 to 10 percent) of the glucos­e in circulation without the help of insulin. When insulin is present, it increases the amount of glucose that can be transported into tissues, allowing them to be properly fed, and keeping the amount of glucose in the blood in the normal range.

This process of transporting glucose into your muscle and liver is important because every cell in your body uses glucose for energy. (Besides glucose transport, insulin also escorts amino acids and fatty acids into cells.) The system looks like this: 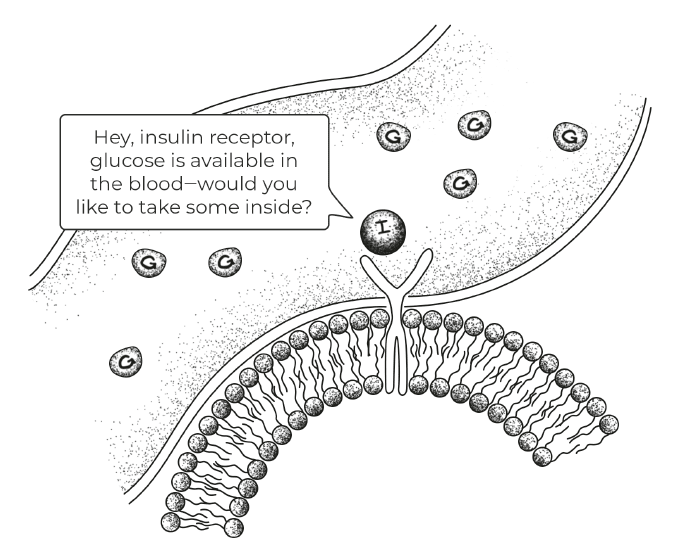 Graphic above courtesy of Mastering Diabetes.

What Is Insulin Resistance and Why Is It Important?

Insulin resistance is a condition in which multiple tissues in the human body become resistant to the effects of insulin. In our New York Times best-selling book Mastering Diabetes, we take a deep dive into this subject and demonstrate how insulin resistance underlies almost all chronic diseases, including cardiovascular disease, fatty liver disease, chronic kidney disease, and Alzheimer’s disease.

Simply stated, insulin resistance occurs when tissues become “blind” to insulin. As a result, the pancreas is forced to secrete increasing amounts of insulin, resulting in a condition known as hyperinsulinemia. Hyperinsulinemia is a dangerous condition for many tissues, simply because elevated insulin concentrations in the blood act as potent signals for cell growth. More insulin means more tissue growth, resulting in increased body fat, increased cell replication rates, and a significantly increased risk for cancer.

Many studies have now begun to uncover the link between insulin resistance and cancer. One study states the following:

“Insulin resistance is common in individuals with obesity or type 2 diabetes (T2D), in which circulating insulin levels are frequently increased. Recent epidemiological and clinical evidence points to a link between insulin resistance and cancer. The mechanisms for this association are unknown, but hyperinsulinaemia (a hallmark of insulin resistance) and the increase in bioavailable insulin-like growth factor I (IGF-I) appear to have a role in tumor initiation and progression in insulin-resistant patients.”

How Much Do Scientists Know About the Causes of Insulin Resistance?

There is a significant amount of confusion about what actually causes insulin resistance, and I witness it every day in our work coaching people with diabetes as well as in my career as a nutritional biochemist.

A large gap exists between the scientific research on insulin resistance and what the general public understands about it. Most health professionals were never taught the basic biochemistry of insulin resistance, and are unaware of the latest research. Unfortunately, excellent research does no good if the information is not put in the hands of those who need it. This is certainly the case with insulin resistance.

This gap exists for a number of reasons and is heavily influenced by economic forces that profit on lifelong chronic diseases like diabetes. The practice of educating doctors improperly is what keeps life-saving information out of the hands of those who need it.

The Major Cause = Lipid Overload

Researchers debate the causal mechanisms of insulin resistance tirelessly, day after day, and travel thousands of miles to attend large conferences to flex their scientific muscles. They propose every mechanism you can imagine, and blame every tissue you can think of, from the pancreas to the muscle to the liver to the brain to your blood.

To say that insulin resistance has a single cause is an oversimplification. To say that it is a complex metabolic condition with many causes is much more accurate.

In some studies, researchers use a diet high in both fat and sucrose (white table sugar), to ensure that both the muscle and the liver become insulin resistant. The reason for this is simple: dietary fat causes lipid overload in muscle and liver, resulting in a reduced ability of insulin to import glucose. 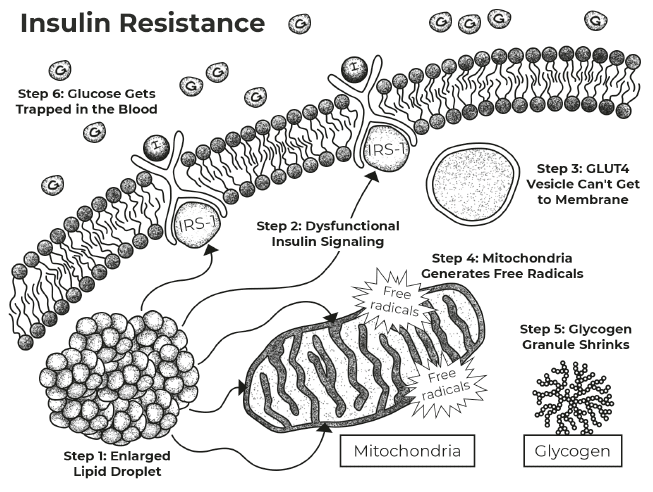 Graphic above courtesy of Mastering Diabetes.

Researchers have shed light on the ability of excess fatty acids (dietary or structural, meaning body fat) to induce low-grade inflammation, which acts as an initial step in a series of events leading to damaged blood vessels, liver disease, heart disease and hypertension:

“Elevated free fatty acid levels (due to obesity or to high-fat feeding) cause insulin resistance in skeletal muscle and liver, which contributes to the development of type 2 diabetes mellitus (T2DM), and produce low-grade inflammation, which contributes to the development of atherosclerotic vascular diseases and NAFLD (non-alcoholic fatty liver disease).”

High concentrations of saturated fatty acids are found in the following animal foods:

In addition, high concentrations of saturated fats are found in some plant foods like coconut-derived products (including coconut meat, milk, cream, butter, and oil).

Some of the direct detrimental effects of saturated fatty acid intake on muscle and liver tissue include:

Besides dietary fat, insulin resistance is also affected by a diet containing a significant amount of highly processed foods. This includes candy, donuts, many packaged goods, and frozen pre-made meals. To improve insulin sensitivity, aim to eat whole plant foods, which come prepackaged with a host of vitamins, minerals, antioxidants, phytonutrients, fiber, and water. These foods have untold health benefits, and are required for optimal health, athletic performance, athletic recovery, and protection against lipid overload.

Insufficient exercise is also a cause of insulin resistance. Exercise stimulates the muscle tissue to burn stored fat and to accept glucose from the blood. Adopting a regular exercise regimen is effective in improving insulin sensitivity.

It is important to recognize that insulin resistance affects everyone, even those who show no symptoms of high blood sugar. In order to ensure that you remain insulin sensitive, regardless of your current health status (diabetic or nondiabetic), follow these three steps:

Check out our Plant-Based Primer to learn more about adopting a whole-food, plant-based diet.

This article was originally published on March 22, 2016, and has been updated. 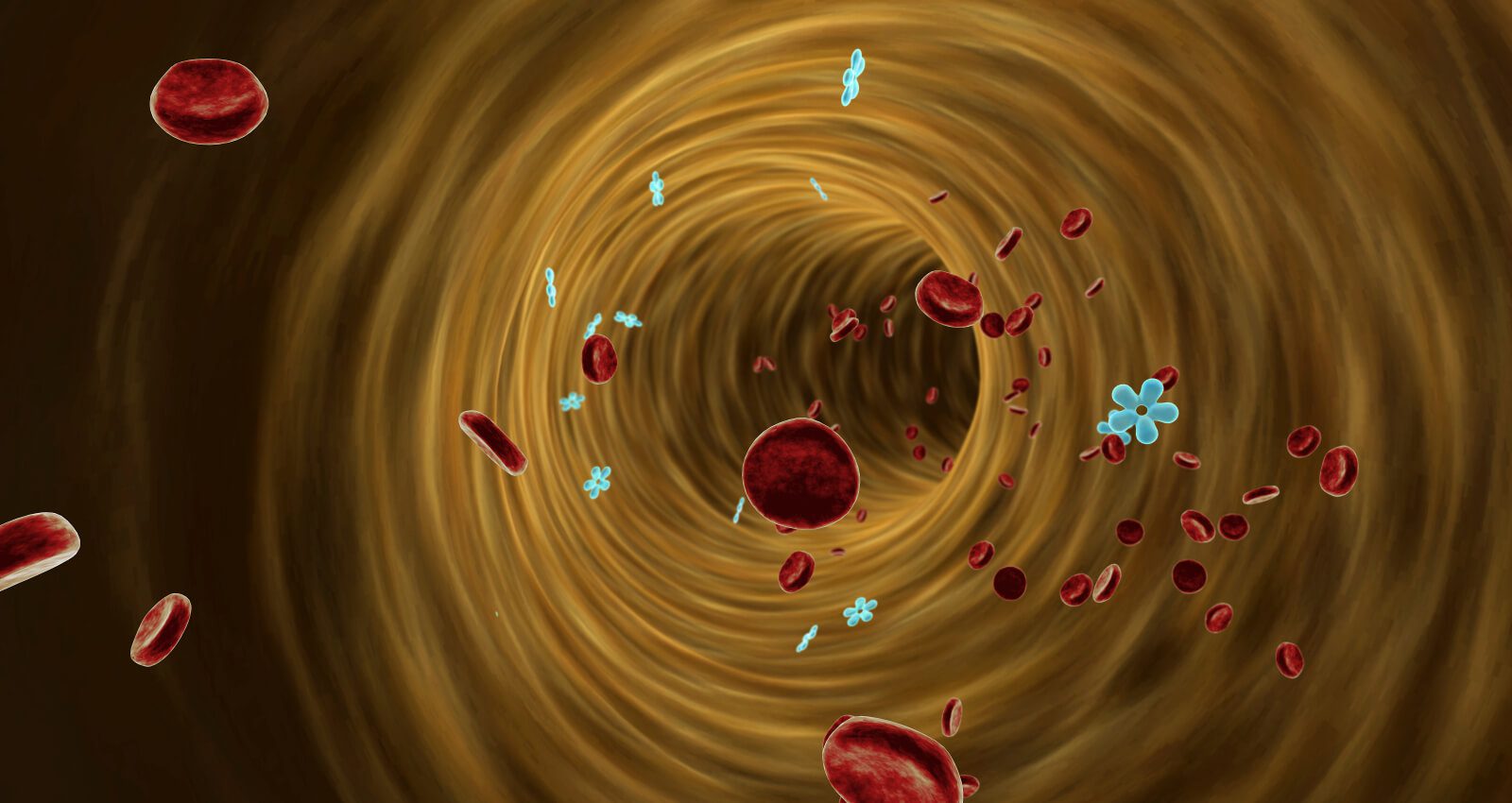 Cyrus Khambatta is co-author of The New York Times bestseller Mastering Diabetes: The Revolutionary Method to Reverse Insulin Resistance Permanently in Type 1, Type 1.5, Type 2, Prediabetes, and Gestational Diabetes. He is the co-founder of Mastering Diabetes and Amla Green and is an internationally recognized nutrition and fitness coach who has been living with Type 1 diabetes since 2002. He co-created the Mastering Diabetes Method to reverse insulin resistance in all forms of diabetes, and has helped more than 10,000 people improve their metabolic health using low-fat plant-based nutrition, intermittent fasting, and exercise. Khambatta earned a bachelor of science in mechanical engineering from Stanford University in 2003 and a PhD in nutritional biochemistry from the University of California at Berkeley in 2012. He is the co-author of many peer-reviewed scientific publications. Find him on Instagram and Facebook.