8 Striking Nutrition Studies That Make the Case for Avoiding Meat

In the United States, dietary factors are the most important risk factors for disease, yet medical schools fail to provide adequate nutrition education. As a consequence, medical students graduate without the knowledge base or skills needed to address nutrition-related concerns in clinical practice.

In my experience, most medical students either vastly underestimate the health-promoting potential of plant-based nutrition or believe nutrition misinformation and misleading claims. Although the following studies don’t entirely fill the nutrition void in most medical education programs, they demonstrate the value of whole-food, plant-based (WFPB) nutrition in clinical practice.

1. A Way to Reverse Coronary Artery Disease
In this 2014 prospective cohort study, Caldwell Esselstyn, MD, and his team put 198 patients with cardiovascular disease on a WFPB diet. The researchers were interested in cardiac events and the degree of adherence to the nutritional intervention. Of the 198 participants, 177 were adherent (89 percent) and 21 were non-adherent (11 percent). 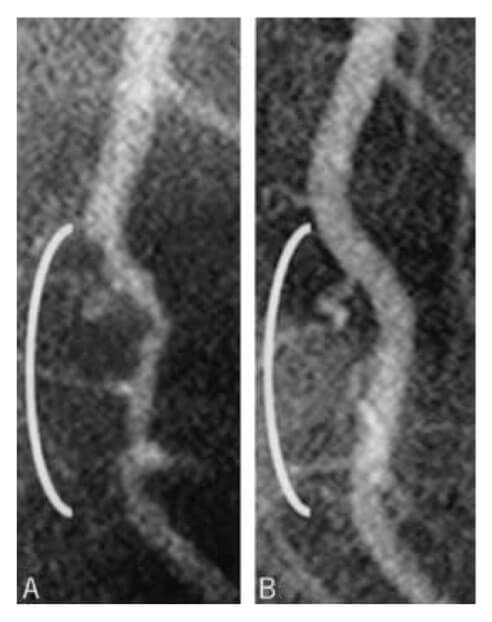 Over a mean duration of 3.7 years, 13 of the 21 non-adherent patients experienced cardiac events, while only one of the 177 diet-adherent patients experienced a cardiac event (stroke). The results “confirm[ed] the capacity of WFPB nutrition to restore health in ‘there is nothing further we can do’ situations,” the study authors wrote. Researchers included a before-and-after arteriogram (right) of one participant’s coronary artery showing clear stenotic reversal.

2. The Lifestyle Heart Trial
In this trial, lifestyle medicine pioneer Dean Ornish, MD, and his team randomized 48 participants with coronary heart disease to either an intensive lifestyle change group (including a WFPB diet) or a usual-care control group. After five years, the lifestyle change group saw a significant reversal of coronary atherosclerosis, while the usual-care group saw a progression of their disease. Eighty-two percent of patients who followed the lifestyle change program had some level of regression of atherosclerosis, and there was a 90 percent reduction in reported angina during the first month of the program. Compared to the usual-care group, the lifestyle change group saw significantly fewer cardiac events and a 400 percent improvement in myocardial perfusion over the five-year follow-up period. Because the program helped patients safely avoid revascularization and other cardiac procedures, the calculated net savings of the program was nearly $30,000 per patient after just one year.

3. Treating Type 2 Diabetes
In this 74-week trial, Neal Barnard, MD, and his research team randomized 99 participants with type 2 diabetes to a low-fat, vegan diet or a diet following American Diabetes Association (ADA) guidelines. They found the low-fat, vegan diet to be significantly more effective than the ADA dietary guidelines at achieving glycemic control. After controlling for changes in medication, compared to the conventional group, the vegan group saw significantly greater reductions in glycated hemoglobin (HbA1c) values and LDL-cholesterol. The same group of researchers also found that patient adherence and acceptability of the low-fat, vegan diet protocol were comparable to conventional nutrition protocols, indicating no barrier to its use in medical nutrition therapy.

4. Lifestyle Versus Genetics
With genomics research and the age of personalized medicine on the horizon, the medical profession is looking for more answers and more advanced treatments for our ailments. However, to most effectively prevent and reverse disease, current research suggests we ground our hope in lifestyle medicine. In this special viewpoint in Science, Walter Willett, MD, DrPH, discusses what we know about the relative importance of genetic and lifestyle factors for disease prevention. Of note, large cohorts have shown that while our genes play only a tiny role in predicting disease, modest changes in lifestyle—including diet—may prevent more than 90 percent of type 2 diabetes, 80 percent of coronary heart disease, and 70 percent of colon cancer.

5. Sick Individuals and Sick Populations
In a landmark 2001 paper published in the International Journal of Epidemiology, Geoffrey Rose, MD, helps explain why nutrition studies often underestimate the role of diet in disease: because they can’t detect homogenous exposures. As an example, Dr. Rose uses serum cholesterol and development of heart disease. If we conduct an observational study in a population where almost everyone has high serum cholesterol, we will fail to detect serum cholesterol as an important risk factor for heart disease. Instead, we will pick up what makes individuals more susceptible to heart disease given high serum cholesterol status, such as genetic or other lifestyle factors. The same is true in nutrition studies. Most of them fail to detect nutritional risk factors in health outcomes because the Standard American Diet is nearly ubiquitous. Only in sufficiently large studies or studies that include relatively strict interventions (e.g., a WFPB diet) do we begin to see the profound effect nutrition has on health.

6. Water Fasting and Plant-Based Eating for Hypertension
In this single-arm, interventional study, 174 patients with hypertension did an average 10- or 11-day, water-only fast followed by a six- or seven-day WFPB refeeding period with no added sugar, oil, or salt. Almost 90 percent of patients achieved blood pressure less than 140/90 mmHG, and those with the most severe hypertension had an average reduction in blood pressure of 60/17 mmHg. All patients on blood pressure medications were off those medications by the end of the protocol. This treatment protocol shows water-only fasting and subsequent WFPB diet is a safe and highly effective treatment for hypertension. Notably, blood pressure continued to decrease during the refeeding period, suggesting the sustainability of this intervention in normalizing blood pressure.

7. Lifestyle Changes and Progression of Prostate Cancer
In this trial, 97 men with prostate cancer were randomized to an intensive lifestyle change group (including a WFPB diet) or a usual care control group. After a year, the lifestyle group serum prostate specific antigen (PSA) concentration, one of the most useful indicators of prostate cancer, had decreased an average of 4 percent, while average PSA levels in the usual care group increased 6 percent. Furthermore, serum taken from participants in the lifestyle group was almost eight times as powerful at inhibiting the growth of prostatic cancer cells in vitro compared to the usual care group. The researchers found a dose-response relationship: the degree of adherence to the recommended lifestyle changes was correlated with the changes in serum PSA and cancer cell growth inhibition.

8. The Adventist Health Studies
These studies include large prospective cohort studies on Seventh-Day Adventists, a population with an unusually high proportion of strict vegetarians in an otherwise homogenous group. These studies have produced some remarkable findings: Compared to nonvegetarian diets, vegan diets were associated with half the risk of type 2 diabetes and about 7-point lower systolic and diastolic blood pressure, after controlling for relevant variables including BMI. This suggests that veganism was protective for these conditions beyond its association with lower body mass. Furthermore, compared to nonvegetarians, vegans had significantly fewer chronic diseases, were on fewer medications, had fewer allergies, and reported less health service use (hospitalizations, surgeries, etc.).

Evidence is Mounting
Although these studies are compelling, medical students know to look for consistency in the literature. Rest assured, hundreds of systematic reviews and meta-analyses provide evidence for even the most skeptical medical students and physicians. From lowering blood cholesterol, body weight, and inflammation to protecting against heart disease, cancer, and diabetes, systematic reviews and meta-analyses have consistently shown the benefits of plant-based nutrition.

Plant-Based Resources for Medical Students and Physicians
There are many resources available online to learn more. The American College of Lifestyle Medicine is the professional medical association devoted to the cause of lifestyle medicine and helps address the need for education and certification in the field. The Physicians Committee for Responsible Medicine provides great resources for physicians interested in making nutrition central to their practice. The T. Colin Campbell Center for Nutrition Studies partnered with eCornell to offer a Plant-Based Nutrition Certificate that will help you gain a deeper understanding of optimal health, and even counts for continuing education credits. Lastly, PlantBasedResearch.org is an online narrative review of over 700 peer-reviewed research articles related to plant-based nutrition. The site allows users to search and sort by research topic, study design, keywords, or other variables. 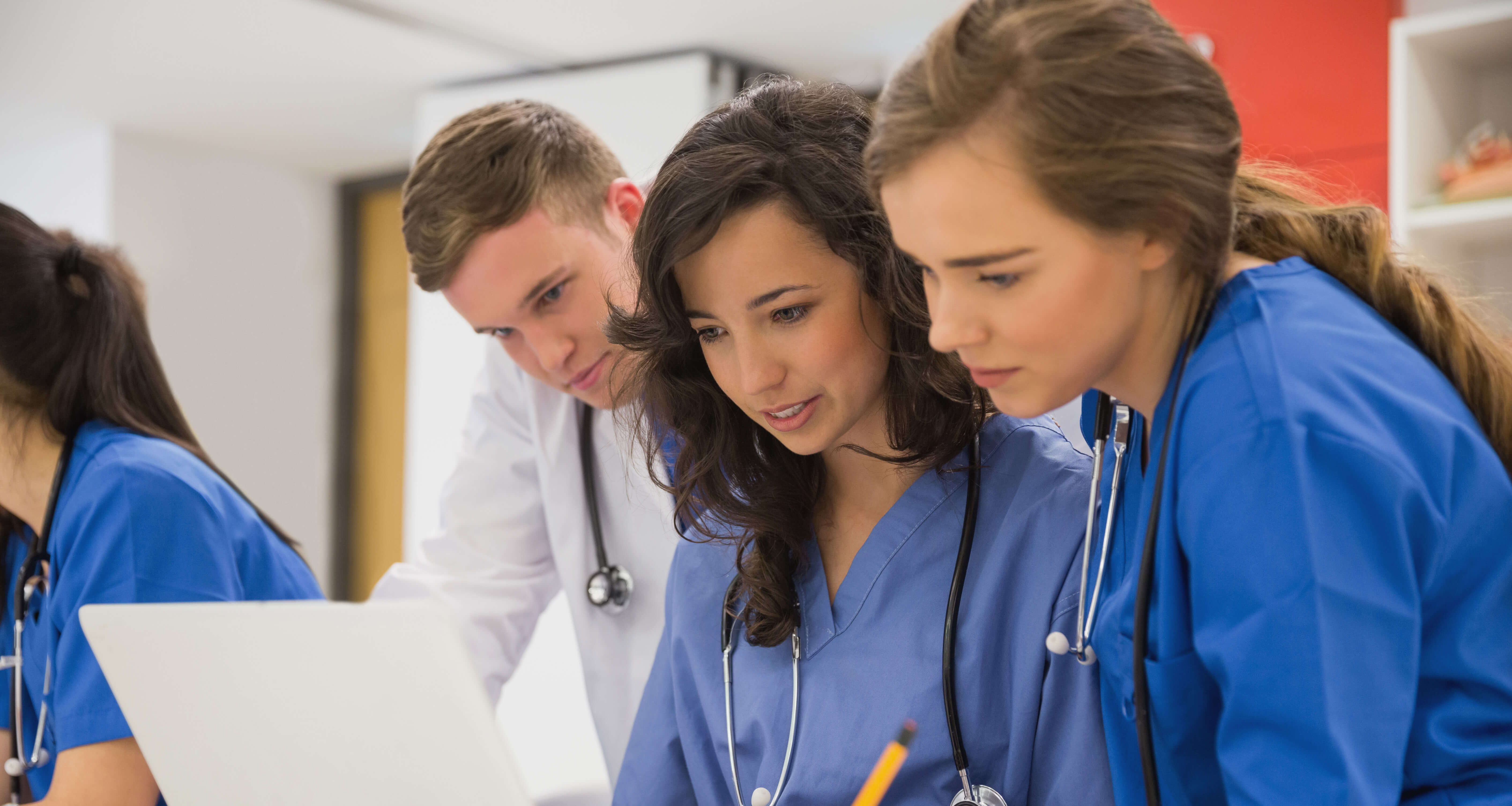 Don’t Overlook These 5 Sneaky Signs of Heart Disease
Jun 23, 2022
What is Cholesterol? How It Works, Foods to Avoid, and the Truth About HDL
Jun 17, 2022
Compared with Vegan Men, Daily Milk Drinkers See 60% Higher Rates of Prostate Cancer: New Study
Jun 16, 2022

Andrew Beauchesne, MD, is a physician and health researcher. He received his medical degree from Tufts University School of Medicine and has worked on several nutrition research teams investigating the effect of diet quality on various health outcomes.