I Went Plant-Based to Avoid Needing Statins. The Results Have Been Incredible

My family was self-sufficient on our small Iowa farm in the 1960s and ’70s. We raised, butchered, and packaged cattle, pigs, and chickens for our freezer and canned all our garden produce. It was hard work but very rewarding.

Growing up I was never accused of being skinny, but my weight wasn’t much of a problem until I went to college and eventually started living on my own. I developed poor eating habits that followed me for years. Staying active helped keep my weight reasonably under control. I tried all the usual weight-loss programs. They would work for a while, but then the pounds would eventually return, along with a few of their friends. So I talked myself into thinking that “someday” I would get serious about being healthy.

Things really started to get out of control when I was in my mid-50s. My weight had been gradually creeping up until that point (from an average of 165 pounds, on my 5’8” frame). Then at age 55, an unusually stressful time led to out-of-control eating. Lunch often consisted of convenience-store pizza topped with Canadian bacon, a side of baked chips, and a 20-ounce Diet Dr. Pepper to wash it down. Sometimes I repeated that same menu for dinner, and I always snacked nonstop until bedtime.

I developed plantar fasciitis and became less physically active. The number on the scale rapidly rose, topping out around 240. Laundry baskets filled with clothes of different sizes lined the perimeter of my bedroom: I refused to get rid of smaller sizes taking up space in the dresser and closet, because I was convinced I would wear them again. I just had no idea how I was ever going to make that happen.

One evening while relaxing before bed I felt a tickle in my chest. It caught my attention but then went away. It returned. Went away again. Returned stronger. Went away. It didn’t hurt; I wasn’t short of breath, and my pulse was strong and steady. Urgent care was closed, so I just went to bed, thinking that lying down would help. I was wrong. Lying down made it worse. It crossed my mind that maybe I should leave a note on the kitchen table describing my symptoms in case someone came looking for me the next day, but I took my chances and simply stayed in bed, propping myself up with pillows to get comfortable.

Fortunately, I did wake up the next morning. The tickle in my chest was gone, but I knew it wasn’t something I should ignore, so I did two things: I made an appointment with my family doctor, and I went online looking for help to lose weight. Canned weight loss programs might work for many people, but I knew that I needed to be accountable to myself, not to someone weighing me weekly or selling me program-approved snacks made in a food laboratory. There had to be something else out there.

In the meantime, I saw my family doctor and ended up having tests with a cardiologist. He told me that my heart health was good, but if I didn’t make changes then we would be seeing a lot of more of each other in the future. He didn’t like my blood pressure of 142/80, and due to my high cholesterol (261), he wanted to put me on statins. I asked if changing my diet might have enough of an impact that I wouldn’t need statins. He downplayed the role that diet might play, but he said that the best diet for heart health was a Mediterranean diet and suggested that I use olive oil instead of vegetable oil. Still, I was convinced that there had to be options other than medication, and I asked for time to lower my cholesterol on my own.

Still looking online for help, I eventually stumbled across the Forks Over Knives documentary. I watched it and was stunned! There was one nugget in the movie that made all the difference for me. I appreciated the ethical concerns of eating animals and understood the health implications of eating red meat, as well as the outsize impact of meat production on our natural resources. But Forks Over Knives made me recall doing chores as a kid on the farm. Never once did we feed our cattle, pigs, or chickens any meat. We gave them grain, and let them loose in the pasture until they were large enough that we could eat them. They didn’t need meat to grow. The plant-based way of eating made sense.

I decided to try a whole-food, plant-based diet for one week. At the end of the week, my face wasn’t so puffy, and my clothes were looser. I decided to go another week, and then another. I found that it was sustainable: I could do this! Eventually I gave away the laundry baskets of clothing and all the meat in my freezer. Within six months my cholesterol fell to 213, my blood pressure dropped to 92/66, and I lost 60 pounds.

My doctor is happy, and there is no need to return to the cardiologist or take statins. I feel so much better! My meals are colorful and nourishing, and my energy level has skyrocketed. This is a way of life I can live with. 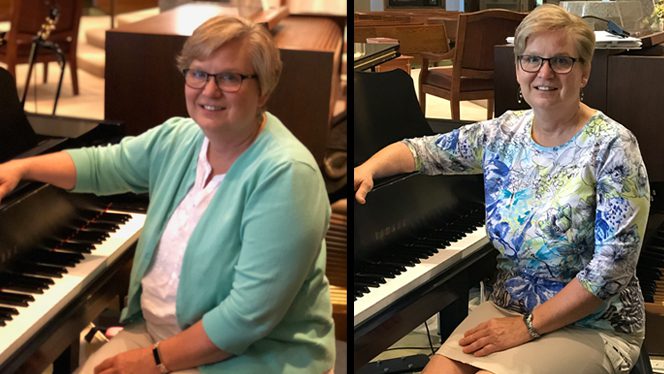