Plagued by a sleep disorder, Valarie Wyatt had been steadily gaining weight and losing energy for years—then she went plant-based, and the results were nearly instantaneous.

Three years ago, I was surrounded by family members with serious health issues and had a closet full of clothes that didn’t fit. My father had a triple bypass in 2015, after living with heart disease and severe atherosclerosis. In addition, both he and my mom had been living with type 2 diabetes for more than 20 years, and my sister had just been diagnosed with type 2 diabetes as well. As for me, since 2006, I’d been experiencing a subtle but steady weight gain, accompanied by insomnia and fatigue, with occasional feelings of being overwhelmed.

Then one day I read a Forks Over Knives success story written by my co-worker David de Hilster. I found the Forks Over Knives documentary and watched it immediately. Things finally made sense! I committed to a whole-food, plant-based diet that day and never looked back.

Near-Immediate Results on a Plant-Based Diet

My friends (one of whom is a dietitian) and family initially thought I had gone crazy: “How will you get your protein?” “What?! No oil?” But within a few days I could already see my old self returning. I had more energy and mental clarity, and I began sleeping well. After a couple of weeks, I woke up feeling as though I could run. I hadn’t run in two years but decided to give it a shot. I hit the streets and felt so good I was shocked. After over an hour of running I decided to head home. I checked my pedometer: I had gone 8.3 miles and had beaten the speed that I had in my 20s!

I called my mom and urged her to seriously consider a whole-food, plant-based diet. She’d tried a vegan diet before, but she’d never tried cutting out oil. To paraphrase Dr. Esselstyn, it’s in attention to detail that we succeed where others fail. I didn’t hear anything from my mom for a couple of days, but then she texted to let me know she ended up trying whole-food, plant-based—and her blood sugar levels had dropped 50 percent.

Three months later, her physician released her from diabetes care and marked her chart “Resolved” with no follow-up scheduled. During this same timeframe, I dropped more than 25 pounds.

Now when I stare into my closet, I see clothes that fit. My mom and I have a sense of joy and well-being that we didn’t have before. And my 8-year-old daughter, Abigail, has also benefited from our first year of plant-based eating. At her annual checkup, the pediatrician was thrilled to see she had grown 2 inches and lost 4 pounds, moving her out of the borderline “unhealthy” weight range and into the healthy range.

Thank you, Forks Over Knives and David de Hilster! You’ve changed our lives! 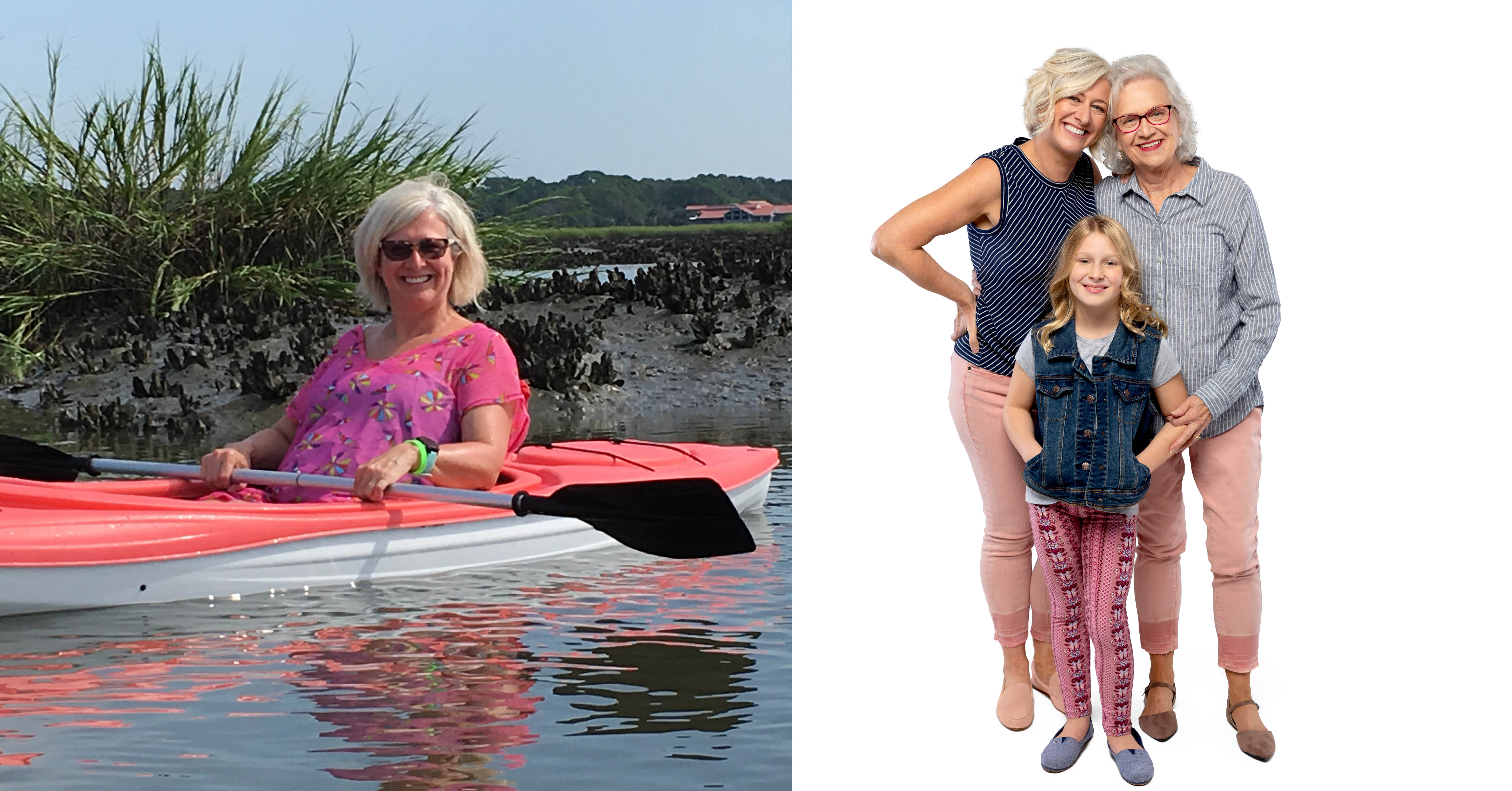 I Went Plant-Based, Said Goodbye to 100 Pounds, Prediabetes, and My CPAP Machine
Jul 28, 2022
I’m Losing Weight the Healthy Way on a Whole-Food, Plant-Based Diet
Jul 14, 2022
Are Potatoes Good For You? Everything You Need to Know About Starchy Vegetables
Jul 6, 2022