My Patient Didn’t Just Control His Diabetes, He Cured It!

Some of you may have read my story about how I came to embrace a whole-food, plant-based diet and the effects it had on my personal health and my approach to the prevention and treatment of chronic disease in my practice. As I have incorporated plant-based eating as the cornerstone of my therapeutic arsenal, many of my patients have experienced the same near-miraculous results. Take for example “Bob.”

Bob was a longstanding patient of mine who was overweight. In February of 2014, he presented with blurry vision, increased thirst, and frequent urination, all classic signs of diabetes. His initial bloodwork showed a fasting blood sugar (FBS) of 442 and a hemoglobin A1c (a measure of the average blood sugar over the last 3 months) of 9.8%.

Bob and I had a long discussion about the fundamental importance of a whole-food, plant-based diet and exercise in the reversal of diabetes.  I then had him watch the Forks Over Knives film and read Neal Barnard’s book Reversing Diabetes.

When Bob returned just three months later, I was frankly shocked at his results! His weight had dropped from 275 to 205 pounds, his FBS had plummeted from 440 to 80, and most astounding, his A1c went from 9.9 to 5.3!

To put the significance of that change into perspective, standard lifestyle changes (restricting calories but still including animal foods) has been shown to reduce A1c by only one to two percentage points. Metformin (a standard medication used as initial therapy) can reduce A1c by another one to two percentage points. And adding other medications can gain another drop of 0.5 to 3.5 percentage points (insulin providing the greatest reduction, at 1.5 to 3.5 percentage points). Bob had attained better blood sugar results with a plant-based diet and exercise than he would have with a combination of two or three medications (including insulin!). And he not only “controlled” his diabetes ― he had outright cured it! To top it all off, he had significantly reduced his blood pressure and cholesterol readings, as well.

I think this is a perfect example of why the standard of care for treatment of diabetes and most other chronic diseases is fundamentally flawed. By taking a reductionist approach, we expose patients to the cost and side effects of drugs and oftentimes leave them with residual risk. We pat ourselves on the back when a patient’s diabetes is “controlled” (i.e., their A1c  reads less than 7 percent), even though they are on two or three medications, they still have diabetes, and they are still at risk for the complications of diabetes, such as heart disease, stroke, and nerve damage.

This treatment approach is what I was taught in med school and what my patients learn from the media, particularly TV ads.  But the most powerful medication we have available to us to prevent, treat, and sometimes reverse many chronic diseases is not the medication from your doctor; it is the food you put in your mouth. 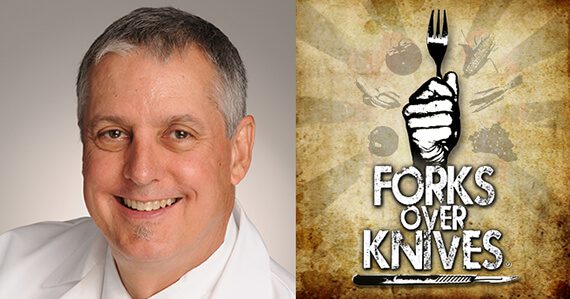 James Loomis, Jr., MD, practices internal medicine at St. Luke’s hospital, where he also serves as director of prevention and wellness. He has served as team internist for the St. Louis Rams and the St. Louis Cardinals as well as tour physician for the St. Louis Symphony Orchestra. Dr. Loomis, who enjoys cooking and competing in endurance races, lives with his partner, Elise, and has three sons.