What is the Healthiest Diet on the Planet?

Excerpted from “The Healthiest Diet on the Planet” by Dr. John McDougall and Mary McDougall.

The Healthiest Diet on the Planet offers a scientifically based alternative that immediately helps you lose weight, feel better, protects you against life-threatening disease, and even reverses most common chronic diseases. This is a simple and proven formula that I have been sharing with my patients for four decades, one that always yields life-changing results. These are the very foods that we as humans are designed to eat, these are the foods we crave, these are the foods that unbiased studies have proved to be the most health promoting.

Although human beings can survive on many different varieties of food, in order to function, feel, and look our best, we must lean heavily on our biological design as herbivores, plant eaters. But not just any plants. We are starch eaters, also referred to as starchivores or starchitarians. Starches are plant parts that store an abundance of energy, otherwise known as carbohydrates, to power our rocket-building brains and to sustain muscles that can run for days without stopping. That special fuel is sugar, which is stored as long chains in starchy plant parts often referred to as complex carbohydrates.

Starches that grow underground, such as potatoes and sweet potatoes, are so nutritionally complete that a person can live in excellent health on these foods alone. Starches provide an abundance of protein, vitamins, minerals, and dietary fiber, with just enough essential fat to meet all of our dietary needs. Grains and legumes, however, need a little help from fruits, like oranges, and green or yellow vegetables, like broccoli, in order to provide adequate vitamin A and C.

The most important evidence supporting my claim that the natural human diet is based on starches is a simple observation that you can easily validate for yourself: all large populations of trim, healthy, athletic, war-fighting people, throughout verifiable human history, have obtained the bulk of their calories from starch. Examples of once-thriving people include Japanese, Chinese, and other Asians, who ate sweet potatoes, buckwheat, and/or rice; Incas, in South America, who ate potatoes; Mayans and Aztecs, in Central America, who ate corn; and Egyptians, in the Middle East, who ate wheat.

There have been only a few small isolated populations of people, such as the Arctic Inuit Eskimos, living at the extremes of the environment who have eaten otherwise. Therefore, scientific written documentation of what people have eaten over the past thirteen thousand years convincingly supports my claim. Archaeological evidence shows we have been starch eaters for more than a hundred thousand years. Evidence of pre−Homo sapiens dates plant eating to 2.6 million years ago for humanoids.

Reprinted with permission from HarperOne, an imprint of HarperCollins Publishers. 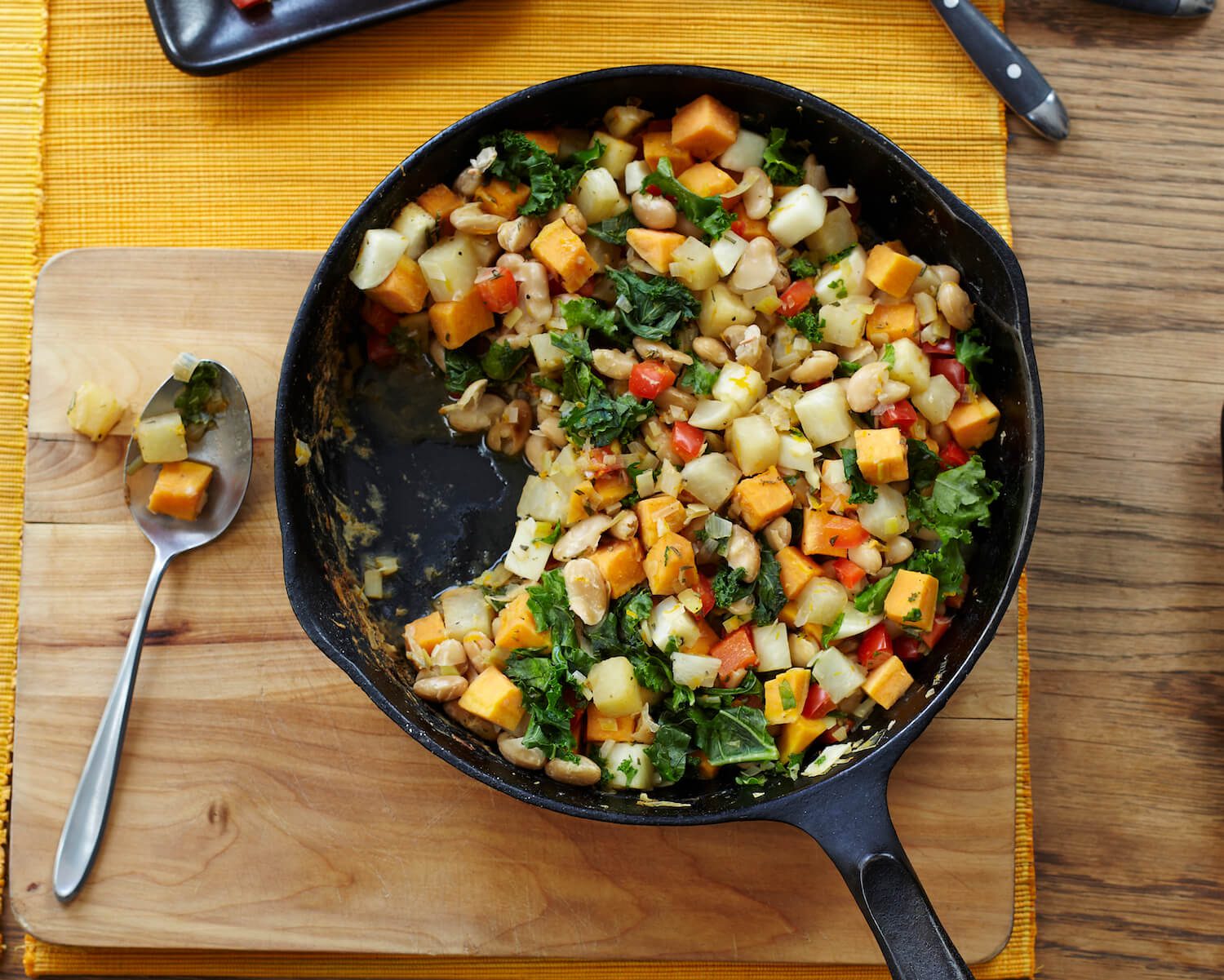 Migraines Held Me Back for Decades, Until I Went Plant-Based

8+ Striking Nutrition Studies Every Medical Student Should Read
Apr 23, 2018
Calorie Density Is the Key to Weight Loss
Jan 11, 2018
Don’t Believe the Hype: Diets High in Saturated Fat DO Cause Heart Disease
May 3, 2017

John McDougall, MD, is medical director of the McDougall Program, a 10-day residential program located in Santa Rosa, California. Dr. McDougall uses a low-fat, starch-based diet that results in dramatic health benefits and can reverse serious illness, such as heart disease, without drugs. He is co-author of The Healthiest Diet on the Planet, The Starch Solution, McDougall Quick and Easy, and author of The McDougall Program and many other books. Visit DrMcDougall.com for more information.

Celebrate summer the FOK way with our fresh and fab recipes.