In 2017, Harlem Globetrotter Kris “Hi-Lite” Bruton, who’s known for his high-flying slam dunks and entertaining on-court antics, pledged his allegiance to a plant-based diet. The resulting performance boost inspired half his teammates to go vegan. FOK had questions, and Bruton was game to answer.

What made you switch to a vegan diet?

KB: I’d always eaten what I thought was a healthy diet, even though it wasn’t vegan. I never ate red meat, as I grew up in South Carolina and red meat was more for the rich, so it was mainly chicken or pork and beans every day; later fish, which was my favorite. About eight years ago, though, I did think about going vegetarian. I was so sick of eating the same old thing that I remember thinking that if I didn’t have to eat to live, I wouldn’t. Not being educated about how to eat vegetarian, I ordered a salad for lunch one day, but because it was just a plate of lettuce with tomatoes, I was so weak that day that I couldn’t understand how people could eat like this. I didn’t really think about it again until October 2017, when everybody was talking about this film called What the Health, so I watched it. Within five minutes, my mind was made up.

I went online to look at strong vegan athletes and thought, If they could do it, I could, too. So I threw out everything in my fridge that wasn’t plants. I should also add that a few years ago, my brother was diagnosed with leukemia, and right after I decided to go vegan, my mom passed away. An autopsy revealed that she had leukemia, and although I’d already committed to being vegan, it helped me draw the connection between diet and health.

What does your typical day of eating look like now?
KB: We play seven nights a week and are always traveling, so I usually start my morning at a hotel with whatever fresh fruit is available and oatmeal with raisins—lots of raisins. We usually arrive in the next city around lunchtime, where we often eat at a restaurant, and I always hit up the salad bar. Then that afternoon, I might snack on trail mix I make and bring with me (it’s got cashews, peanuts, dates, and almonds) before practice. We don’t usually leave the gym until close to 10 p.m., so that’s when I eat dinner. I work with whatever’s around, but my favorite meal is black beans and rice. And water is always my beverage of choice.

How has being a vegan helped you in your athletic performance?
KB: I’m 47, and eating this way has definitely prolonged my career. I’ve never been in better shape. I’m leaner; I haven’t had any injuries and don’t get sore like I used to, even though we train several hours every day and play seven nights a week. Because I hold the showman position, I also have to be super high-energy, but as a result of being on this diet, I’m never low on energy.

How did your teammates first respond when they learned you had made the switch?
KB: At first they thought I was crazy. But after seeing how I perform on the court, they started coming to me with questions. As a result, four guys on my team have gone vegan, which means that out of 10 players on this unit of the Harlem Globetrotters, half are vegan.

Top tip for somebody wanting to adopt a plant-based diet?
KB: Take it half a day at a time. After you eat a plant-based breakfast and lunch, see if you’re still alive, and if so, try to do it during the second half of the day. Then repeat the next day and the next. The more you do it, the easier it gets.

Read Next: How to Build Muscle on a Plant-Based Diet 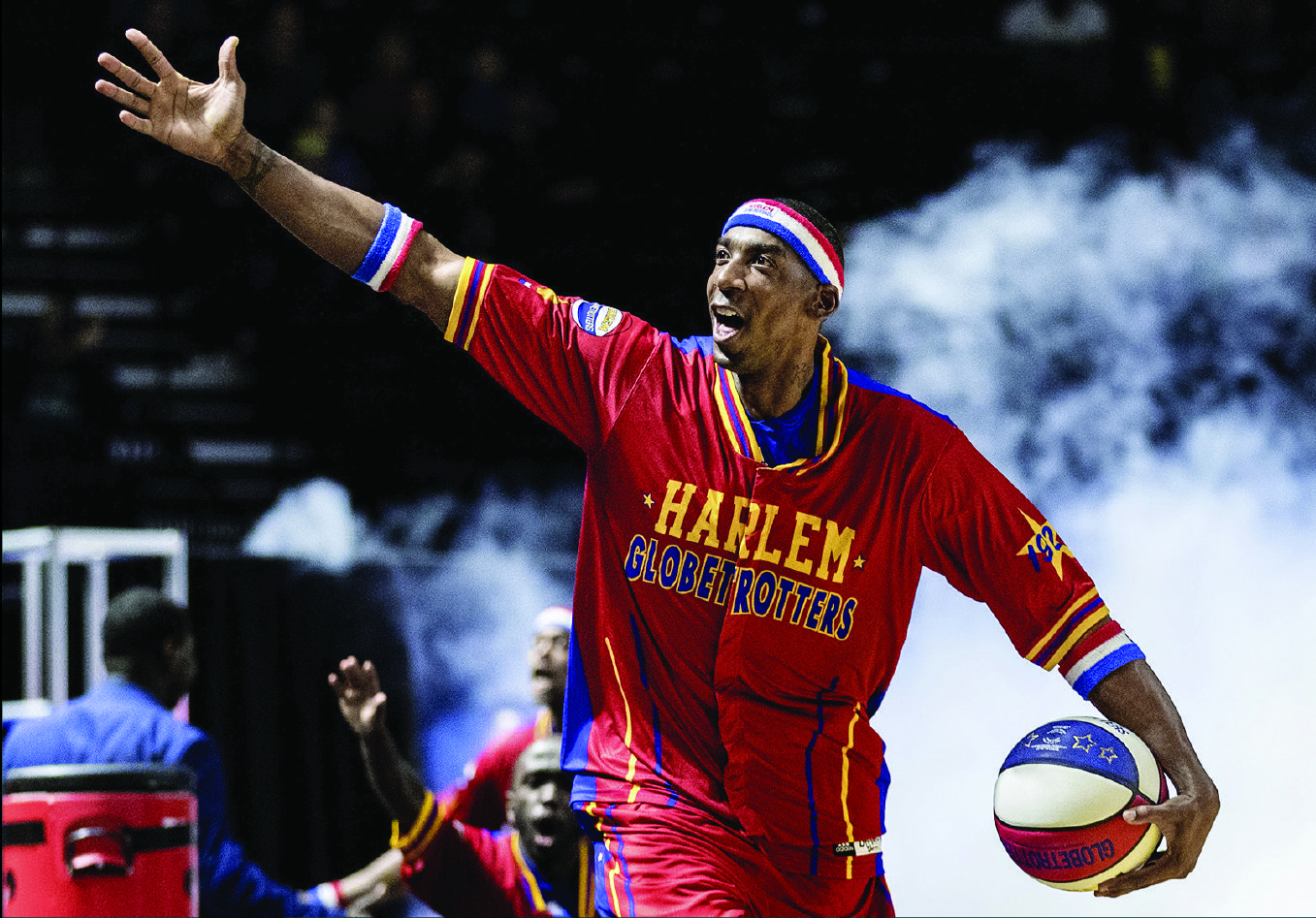