Meet the Doctor Behind ‘Code Blue,’ the Film That Prescribes Big Changes in Health Care

Dr. Saray Stancic was just 28 years old when she was diagnosed with multiple sclerosis. Her doctor told her she would be in a wheelchair by age 40. But nearly 25 years later, she takes no medication and is largely symptom-free after embracing lifestyle medicine as a patient and as a practitioner.

Stancic’s journey is highlighted in the recently released documentary Code Blue, directed by Marcia Machado. The film dives deep into the problems with the current health care system, from medical school curricula to the influence of Big Pharma, and features experts such as David Katz, MD, Neal Barnard, MD, and T. Colin Campbell, PhD. We talked with Stancic about the making of the film and her vision for the future of medicine.

How did your personal journey lead you to produce Code Blue?

I was an MS patient that was making no headway with a traditional, conventional approach to MS. It wasn’t until 2003 when I came across an article [touting the benefits of blueberries for MS patients] that I had my aha moment that put me on this path to researching and understanding how nutrition affects disease outcomes. As I read that literature, my world opened up. As I implemented [diet and lifestyle] changes in my life, it really turned everything around.

But at the core of all of this was [a question]: How could it be that I was a dual board-certified physician and I knew nothing about nutrition and lifestyle and its effects on disease? And why were my doctors, who were experts in multiple sclerosis, unable to convey the one intervention that changed the course of my life?

So my impetus to make the film was really to bring change to the medical education model, and not just medical schools—all health care professionals. 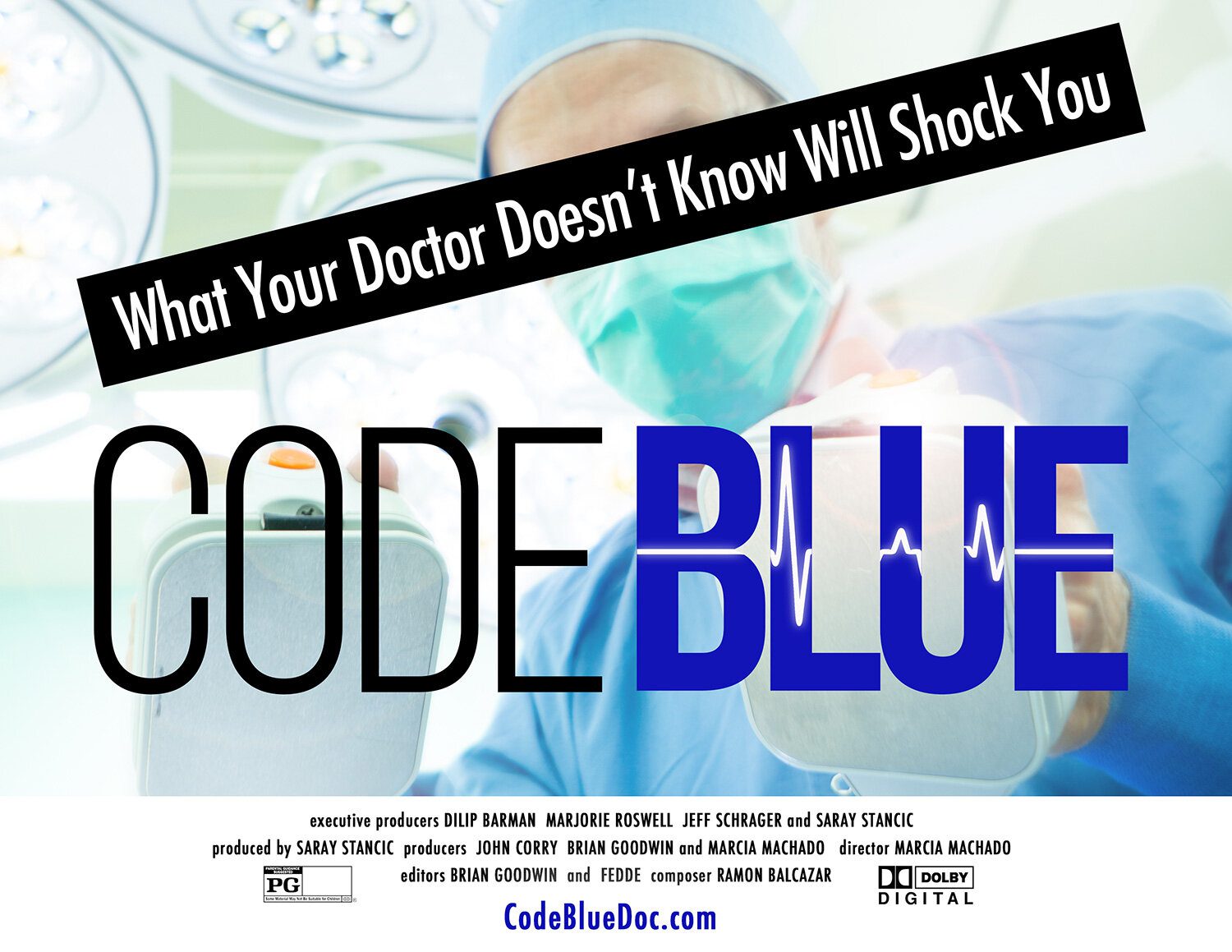 You introduce viewers to the concept of lifestyle medicine. How does it differ from traditional medicine?

Lifestyle medicine is a discipline focused on educating and empowering patients on the importance of optimal diet, which is a whole-foods, plant-based diet; physical activity; stress management; effective sleep hygiene; avoidance of tobacco and reduction or elimination of alcohol; and the importance of social connectedness. Those are what I call the six spokes on the lifestyle medicine wheel. And each one of them is important. You might imagine that if one spoke on that wheel is sort of not right, then you’re going to have a bumpy ride. The greatest benefit occurs when we address all the spokes simultaneously.

In the film, we meet some of your patients. How have your interactions with patients changed since you embraced lifestyle medicine?

Lifestyle medicine is all about behavioral change, supporting patients on their path to implement changes. My relationship with my patients is different because I get to know them so much more. And often, I invite patients to bring significant others or family members [to appointments]. I have some patients who will bring two or three members of their family because they know they’re about to embark on significant change, and they’re going to need that support and I encourage that.

What was it like releasing this documentary in the midst of a global pandemic?

It was sad. It compromised our ability to effectively distribute the film. We had theatrical releases planned in Los Angeles and New York and Pennsylvania. And we wanted to do a film tour. One of my goals was to reach every medical school.

[But] we did a screening with a group in the UK, and we had 250 health care professionals attend—it was through Zoom—and it was wonderful.

I think because the average physician doesn’t see its great value. They don’t understand the efficacy of that approach. The average physician will say this to you: “Patients aren’t going to change; they’re going to eat their cheeseburgers, so why even ask them? You’re wasting your time.” But that’s not true. Patients will change, and we know, based on the evidence, that what physicians say and how physicians act plays a big role and actually inspires and motivates their patients.

What did you learn while filming the documentary?

I think we need to bring together in one big room, all the individuals that play a key and important role in the creation of this health care system—which is really a sick-care system right now—and they really need to brainstorm and redesign or redefine our approach. That’s going to mean deans of medical schools and chief medical officers of hospitals and clinics across the country, CEOs of the pharmaceutical industry, the National Board of Medical Examiners… all those people need to come into the room, and we need to take a very sober look at where we are today.

What do you hope viewers take away from the film?

My hope is that they walk away smiling, and they are inspired to learn as much as they can and to create space for change in their own lives. We’re all a work in progress.