7 Key Takeaways From ‘What the Health’

“What the Health,” the new Netflix documentary from the makers of “Cowspiracy,” is creating quite a buzz and bringing much-needed attention to the link between diet and disease. The film covers a lot of the same groundbreaking science supporting a plant-based diet to prevent and reverse disease as “Forks Over Knives.” And if you’ve seen “Forks Over Knives,” you’ll recognize several familiar faces on screen, like trailblazers Neal Barnard, MD, Caldwell Esselstyn Jr., MD, and John McDougall, MD.

Where it differs is in its focus on the relationship between government, big business (the pharmaceutical industry and Big Agriculture, in particular), and our country’s largest health organizations. “What the Health” argues that as a result of those relationships, resources are being misallocated away from prevention and vital diet and health information is being kept from the American public. Here are seven key takeaways from the film: 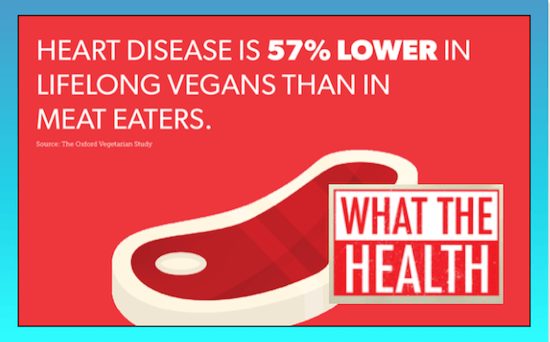 1. Virtually all major chronic diseases are heavily influenced by diet.

“When you look at chronic disease risk, and all of the things that we walk around worrying about—actually dietary choices trump smoking when it comes to those risks,” says Michelle McMacken, MD, near the beginning of the film. McMacken, a Forks Over Knives contributor, is a proponent of a whole-food, plant-based diet. In 7 Things That Happen When You Stop Eating Meat, she explained how you reduce inflammation, blood cholesterol (a major risk factor for heart disease and strokes), and your chances of developing type 2 diabetes simply by adopting a diet based mainly on fruits, vegetables, tubers, whole grains, and legumes.

2. Carbs are actually good for you.

We’re talking about the carbs as part of whole foods, of course, not the added kind you find in Twinkies. And whole-food carbs don’t cause diabetes, which is more a function of too much dietary fat. “Diabetes is not and never was caused by eating a high carbohydrate diet. And it’s not caused by eating sugar,” explains Neal Barnard, MD. “The cause of diabetes is a diet that builds up the amount of fat in the blood. I’m talking about a typical meat-based, animal-based diet. You can look into the muscle cells of the human body, and you find that they’re building up tiny particles of fat, which is causing insulin resistance. What that means is the sugar that is naturally in the foods that you’re eating can’t get into the cells where it belongs. It builds up in the blood, and that’s diabetes.” For more information on carbs and diabetes, read Dr. Barnard’s article, Conquering Diabetes with Carbohydrates, and watch our video.

4. The dairy industry distorts the science.

The case for milk and strong bones is weak. In “Forks Over Knives,” Harvard professor Mark Hegsted’s 1986 paper was cited, showing the inverse relationship between calcium intake and hip fractures. In other words, more calcium intake, the source of which was mainly dairy, was associated with weaker bones. In “What the Health,” Dr. Barnard cites the Harvard Nurses’ Health Study, which followed over 72,000 women over an 18-year period. The study concluded that milk drinkers had no added protection from fractures. The evidence against milk led renowned Harvard scientist Walter Willett and David Ludwig, of Boston Children’s Hospital, to write, “Humans have no nutritional requirement for animal milk, an evolutionarily recent addition to the diet,” in an article published in 2013 in the journal JAMA Pediatrics. For more information on the issues with dairy, read 7 Ways Milk and Dairy Products Are Making You Sick.

5. The egg industry tries to exaggerate as well.

Michael Greger, MD, reveals how the USDA had to mandate that eggs cannot legally be labeled (in any government-funded promotion) with over a half-dozen terms—including safe, healthy, nutritious, low fat, part of a balanced diet, or good for you—because they’re not true. He dives deeper into this topic in this Nutrition Facts video, which includes references.

The country’s largest health organizations (e.g., American Cancer Society, American Diabetes Association, American Heart Association, and Susan G. Komen Foundation) appear to be unaware of how diet can often prevent, halt, or reverse the very diseases they’re trying to cure. Indeed, Robert E. Ratner, MD, chief scientific and medical officer for the American Diabetes Association, abruptly walks out of his interview with filmmaker Kip Andersen when pressed to discuss the role of diet in diabetes or look at peer-reviewed studies showing the effectiveness of a low-fat, plant-based diet in controlling the condition. Other organizations declined to be interviewed for the documentary. Yet the evidence for such a connection is deep. For a presentation of one year’s worth of peer-reviewed studies showing how profound the link between diet and major disease are, please watch Uprooting the Leading Causes of Death.

7. Your genes are not your fate.

The good news: “Even if you’ve been dealt a bad genetic deck, you can still reshuffle it with diet,” says Dr. Greger. Just as in “Forks Over Knives,” we meet several severely health-challenged individuals—like 51-year-old Amy Resnic who juggles heart, pain, and depression pills and has been told she’ll probably have a heart attack within 30 days. Her conditions dramatically improve after just weeks on a whole-food, plant-based diet.

“What the Health” is making people question what they’re eating and why, many of them for the first time. If you want to learn more about the power of what you put on your plate, it’s certainly worth watching. And if it leaves you wanting to learn more about how to transition to a plant-based diet, check out Plant-Based Primer: The Beginner’s Guide to Starting a Plant-Based Diet. 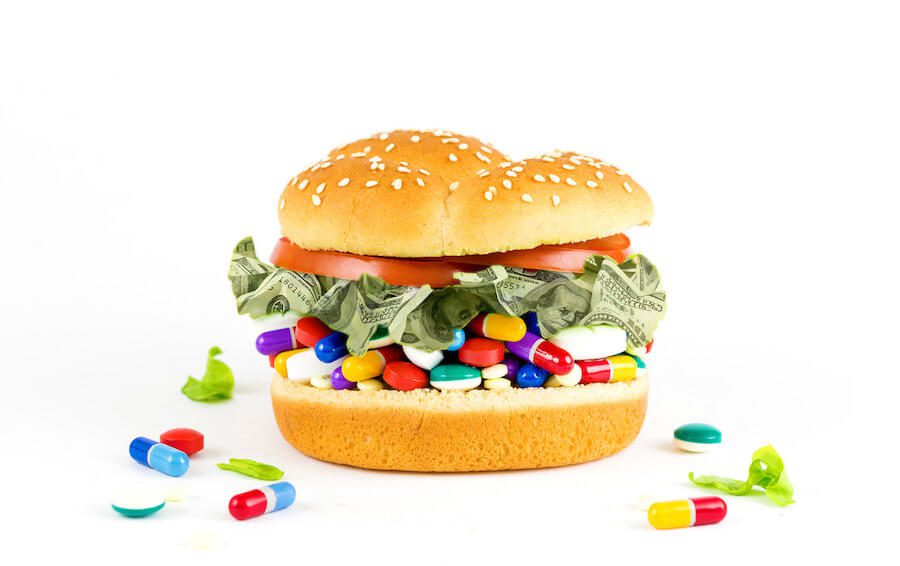 Vegan Ultrarunner Fiona Oakes Stars in Keegan Kuhn’s “Running for Good”
Oct 10, 2018
Are Vegan Doctors Promoting an Agenda in “What the Health”?
Aug 12, 2017