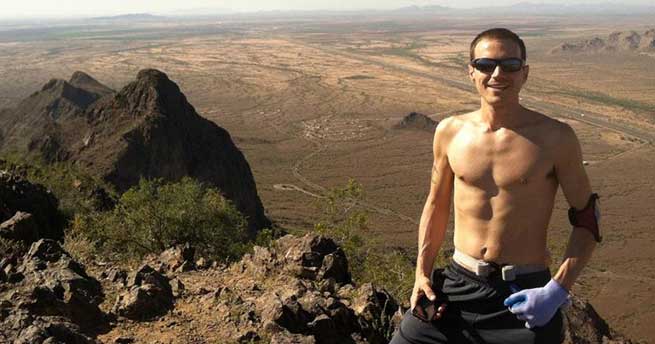 During the summer of 2011, I became very serious about working out and staying in shape. I spent countless hours at the gym, and even more time hitting the pavement in an attempt to burn off excess fat. From what I knew, the calories in fat and carbs/sugar were all bad, and the culprit to blame for my extra padding. But it seemed that the more I worked out, the more I ate. And the more I ate, the more weight I gained. No matter how much I worked out, I couldn’t lose an ounce; if I did, it came right back. Running was the most difficult for me. I had no energy, and my body always ached from the previous run.

I was dead set on taking in as much protein as possible, whether it came from eggs, fish, chicken, pork, or beef. It didn’t appear to help, but I had always heard that protein repairs damaged muscles. Didn’t I need the extra protein? I mean, I had to be running 20 miles a week.

While training for my first half-marathon, I followed a very strict regimen. I held myself accountable for each training run I had planned. I wanted to be absolutely ready come race day. I decided to look into what other runners were eating. I knew that there must be a correlation between a runner’s performance and the foods that he or she was consuming. I learned that runners were on some of the healthiest diets I had ever seen. The ingredients they mentioned included whole wheat bread, whole wheat pasta, bananas, bagels, berries, oranges, quinoa, broccoli, peanuts, almonds, sweet potatoes, leafy greens, and almond milk. Honestly, I didn’t see myself eating half of that stuff; I ate meat, like the tough guys. I drank milk, because it made my bones strong. I enjoyed the smell of flesh as it cooked on the grill, juicing up to provide me with that next dose of protein.

By the end of 2011, my joints were achy, my muscles tender, and my ankles weak. A friend (and running partner) suggested that I watch the movie Forks Over Knives, a documentary that had changed his life. I was extremely skeptical, knowing that he was vegan (which I considered strange). But I’m all for learning new things, so I fired up the video. I was glued to the screen, absorbing all the information I could. Upon finishing the film, I decided it was time to try something different … and I went completely plant-based, for good.

Immediately, I noticed results. Within two weeks, all of my aches and pains were diminishing; my hips and legs felt brand new again! I also noticed a substantial increase in energy.

Now, seven months later, I have lost 30 lbs. and completed three 5K races, two half-marathons, and one full marathon … consistently placing in the top 10%. Since my transformation, I have not had a single injury. Furthermore, my speed has dramatically improved over the last few months, because I can now train without the setbacks of injuries. I continue to run for competition and fun, logging anywhere from 20 to 60 miles a week.

Now, wouldn’t you think that I would need a staggering amount of protein to compensate for all of this mileage? My unequivocal answer is NO! Thanks to Forks Over Knives, I have learned the facts about plant-based nutrition. I no longer buy into the advertisements that the meat, milk, and egg industries have thrown at us for years.

Thank you, Forks Over Knives, for empowering me with the knowledge to live a happy, healthy, and sustainable life. I will continue to spread the information which was freely given me, through every resource that I have available.