I’ve struggled with my weight since childhood and was the “fat kid” growing up. At the age of 12, I decided to become a vegetarian after walking by a meat market and being thoroughly grossed out. Even though I was vegetarian, I struggled with my weight. I still ate a lot of sweets, dairy products, eggs, processed foods, and loads of fat and sugar.

I was diagnosed with type 2 diabetes in the early 1990s. Many people think that type 2 diabetes is a “treatable” disease and that medications and insulin can control it. This is a myth. Although meds can control blood sugar levels, they can’t prevent the many devastating complications and side effects of diabetes. I struggled for years with many of these serious complications including diabetic retinopathy (which can cause cataracts, glaucoma, and blindness), diabetic neuropathy (which can cause loss of limbs), atherosclerosis, kidney disease, depression, and high blood pressure.

Although I was given prescriptions for many medications and pills, they didn’t work well. At my heaviest, I also weighed 320 pounds. Since the early 2000’s, I’ve tried to address my weight and diabetes with diet and exercise without a lot of success. I became vegan in 2006, hoping it would help with my weight. I did lose a considerable amount of weight and felt better without the milk, cheese, and eggs, but I was still a “junk food vegan.” After all, French fries and Oreos are vegan too. In 2009, I noticed oddities in my vision and other people noticed that I was walking funny. It turns out I was suffering from the side effects of diabetic retinopathy and neuropathy.

I’m a Nichiren Buddhist, so I’m used to making determinations and chanting about them to bring about positive life changes. In 2010, shortly after deciding that I finally needed to take control of my weight and declining health, I came across a show on a local PBS station as I was flicking through the channels. It featured Dr. Neal Barnard, who was talking about reversing diabetes with a healthy vegan diet. I immediately bought his book, read it, and called his office the next day. He referred me to Dr. Alona Pulde. I called her immediately and made an appointment. She explained that there were several things that I was doing wrong with my diet. However, she told me that since I was vegan, I did have a good head start over most people starting this way of eating.

Dr. Pulde started me on a low-fat, whole-food, plant-based diet. The whole-food part meant that I cut out almost all processed foods including things like oils and vegan junk foods. I believe that my long-time Buddhist practice of chanting gave me the discipline and mental strength it took to change my eating habits. After switching my diet, I immediately started dropping two pounds a week. After four months, my HA1C (a 3-month blood glucose average) went from 8.6 down to 6.4. It has continued to drop as I have stayed on the program. It’s currently at 4.2, which is very low on the scale. My cholesterol, which had always been fairly low, is currently at 117. I was able to lose the final excess weight with guidance from Dr. Klaper at True North, who helped me off my “weight plateau” with medically-supervised modified juice fasting.

Even though my numbers showed that I had reversed my type 2 diabetes, I’ve still had to have ten surgeries in three years for my health conditions. I am still on the mend from these complications, which were caused by years of being diabetic. I only wish that I could’ve found out about this program over 20 years ago.

On the bright side, I’ve lost a total of 59 lbs since starting to eat this way and currently weigh 183 pounds. That’s my lowest weight since junior high school! After so many years (a lifetime) of struggling with my health, I feel like I’m starting a whole new phase of my life!

“After” photo by Mary Lou Sandler. 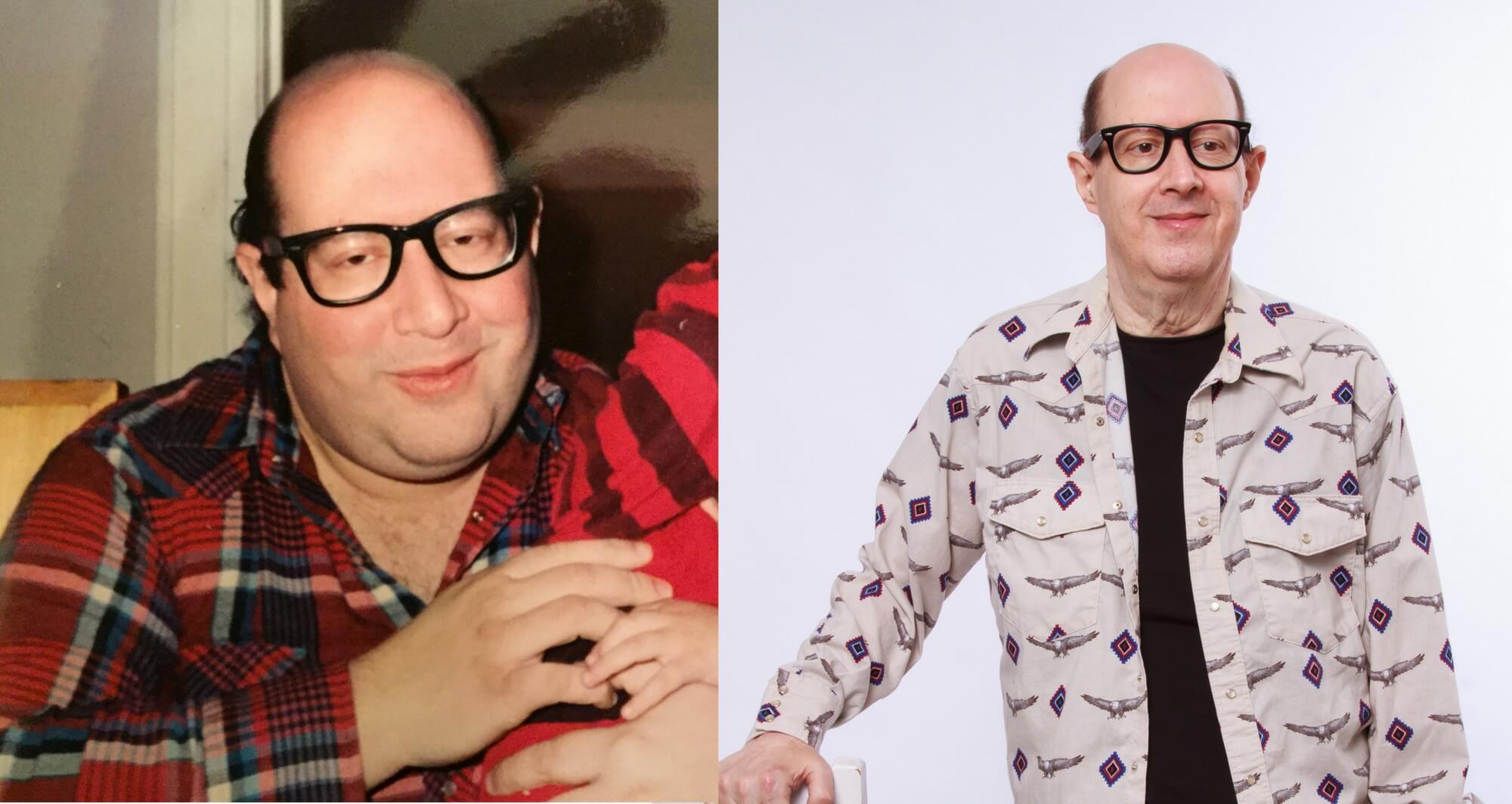