Life can change in a moment. It did for me.

October 11, 1995 started out like any other grueling 24-hour shift at the hospital. I was a young, energetic physician living what I considered to be an extraordinary life. But this night was more exhausting than any I could remember. Deeply fatigued, I finally made it to bed around 3 am. Within the hour, I was awakened by a call from the emergency room. As I leapt out of bed, I experienced something so foreign that it simply took my breath away.

During this brief nap I had lost feeling in my lower extremities. Something was terribly wrong. I was emergently rushed off to an MRI that revealed multiple plaques in my brain and spinal cord, confirming a diagnosis of multiple sclerosis.

I was no longer Dr. Stancic, making early morning rounds on her patients. I was now the newly admitted MS patient, lying in a bed as a flock of medical students and doctors took turns assessing my deteriorating neurological status. Soon thereafter came a parade of drugs with their numerous side effects, all intended to mitigate the frightening progression and symptoms of MS. I had become a drug-dependent, sick young woman struggling to accept her fate. MS had swiftly swept away my dreams and aspirations, and left behind a shadow of my former self.

In the fall of 2003, after nearly a decade of a life compromised by chronic illness, a pivotal and enlightening event occurred. I came across an article in a medical journal touting the benefits of blueberries in MS patients. The article summarized findings suggesting that MS patients who ate blueberries had improved symptoms compared with those who did not. The investigators attributed these results to the berries’ antioxidant and anti-inflammatory properties.

The scientist in me was skeptical, but this publication had the effect of igniting my curiosity. Could food play a role in ameliorating or even preventing chronic illness? I was consumed by this idea, and driven to explore existing medical literature in search of answers. What I found was both illuminating and transformative. There was ample evidence in respectable peer-reviewed medical journals that our diets do play a key role in the development of chronic illness!

I wondered how this topic had escaped our medical school curriculum. The power of healing that lies in a whole-food, plant-based diet is incalculable and unquestionable. I was inspired by what I had discovered and felt compelled to personally adopt this lifestyle. I discontinued all my medications and focused on optimizing my diet.

Over the years that followed, I felt stronger and energized. Remarkably, after years of difficulty walking unassisted, my neurological deficits gradually improved. I felt renewed and infused with a great sense of hope. I decided to take up jogging, which evolved to running. In the spring of 2010 I ran a marathon. It was truly an extraordinary experience.

As a physician observing unnecessary suffering and loss, I felt compelled to spread the word of this seemingly untapped therapeutic resource with whomever was willing to listen. Regrettably, in speaking to colleagues, I found many did not share my level of enthusiasm or acceptance that this approach was valid.

My sense of alienation lifted after watching Forks Over Knives. I was reinvigorated by witnessing other like-minded physicians practice medicine with this philosophy. Today, my focus is educating patients on the value of a whole-food, plant-based diet, with an eye toward reducing prescription drug dependence.

Patients need to learn that they do have control of their individual health outcomes. For my patients, watching this film is a mandatory part of their care plan. The film effectively reinforces all that we discuss, and its impactful style is both educational and entertaining.

We can, as a society, shift and make the necessary changes to improve our health and well-being.  Life can change in a moment … and that can be a very wonderful thing. 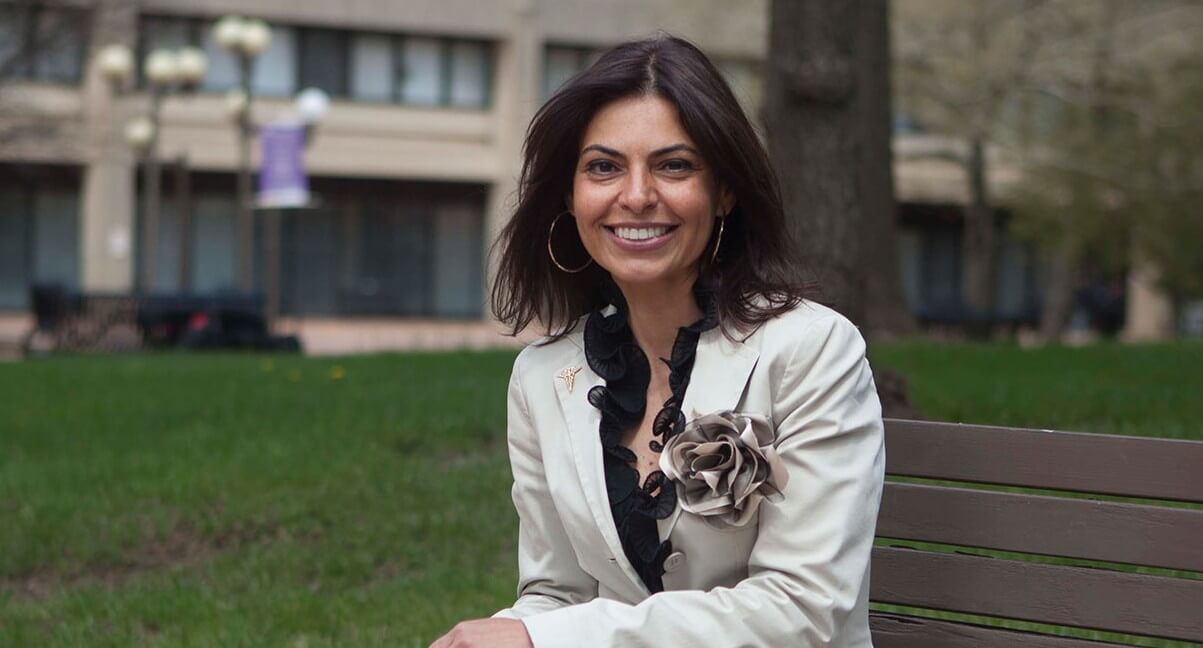 Dr. Saray Stancic is the founder of Stancic Health & Wellness in Ridgewood, New Jersey, an innovative medical practice whose mission is to educate and empower patients to achieve optimal health via lifestyle modification. Her focus is shedding light on the growing body of scientific data supporting the importance of optimal nutrition in disease prevention. The concept for this practice came in response to her experiences as a physician for nearly 20 years and as a patient with multiple sclerosis. Find her on Instagram and LinkedIn.