I Jumped Off the Surgery Table and Healed Myself with a Whole Food, Plant-Based Diet

On Jan. 6, 2018, I decided to take two weeks to kick my nasty Starbucks habit, which often included drinking two to three iced chai lattes a day. I was also slated for surgery to have a fatty, noncancerous lump removed from my back, which would leave a scar far more unsightly than the lump to be removed.

I was literally lying on the surgical table when something came over me—a slight panic attack actually—and I asked the surgeon if I could talk to her before she cut into me. I even removed the shower cap from my head because I wanted to be seen as a person when talking to her. I asked her if there was any connection between how I was eating (lots of sugar, loved cheese, etc.) and the lump. She said that the lump was from a blocked oil duct and had nothing to do with my diet—and chances were that I would be back to have the surgery. I told her in that moment that I changed my mind and did not want to be cut into.

I decided to give myself at least 30 days to see if changing my diet would have any impact on the fatty lump, as well as my acid reflux, the osteoarthritis pain in my knuckles, and waking up often through the night. From Jan. 20 until today, I have focused on eating a whole-food, plant-based diet. Within days, I had no acid reflux, the pain in my joints disappeared, and I had much more restful sleep and began waking before my alarm went off. My rosacea is clearing and I’ve lost 21 pounds, some of the weight I gained after fracturing my back doing a weights workout (a clean and jerk, ugh!) a little more than a year before. And the lump? It has shrunk considerably!

I am not perfect with the diet; I have a few pieces of dark chocolate on occasion and put honey in my herbal tea. I don’t focus on what I can no longer have; instead I have really opened my eyes to the many foods I’ve never eaten before and love. (Which make me feel good!) I’ve even been in restaurants where I found great options, such as woodfired asparagus and arugula salad with lemon, and I found a vegan restaurant where I am in love with their chickpea tacos! I was never a meat or chicken eater, so that was an easy one to get rid of, and my biggest struggle is cheese. I once read that we tend to eat the same 20 foods over and over, so I have found many foods I love and have become a creature of habit with my breakfast, lunch, and dinner. The biggest thing is I don’t feel like I am dieting.

I still have about 40 pounds to lose and feel confident that it will happen over time. In fact, I just got back into some pants I hadn’t been able to wear since gaining weight over the years. (I posted that pic above on Facebook, alongside one taken of me on New Year’s, and I could see a big difference just in my face!)

I want this to be a way of life and going to the Forks Over Knives Facebook page every day helps me with the suggestions, motivational stories, and recipes shared. So thank you, Forks Over Knives! 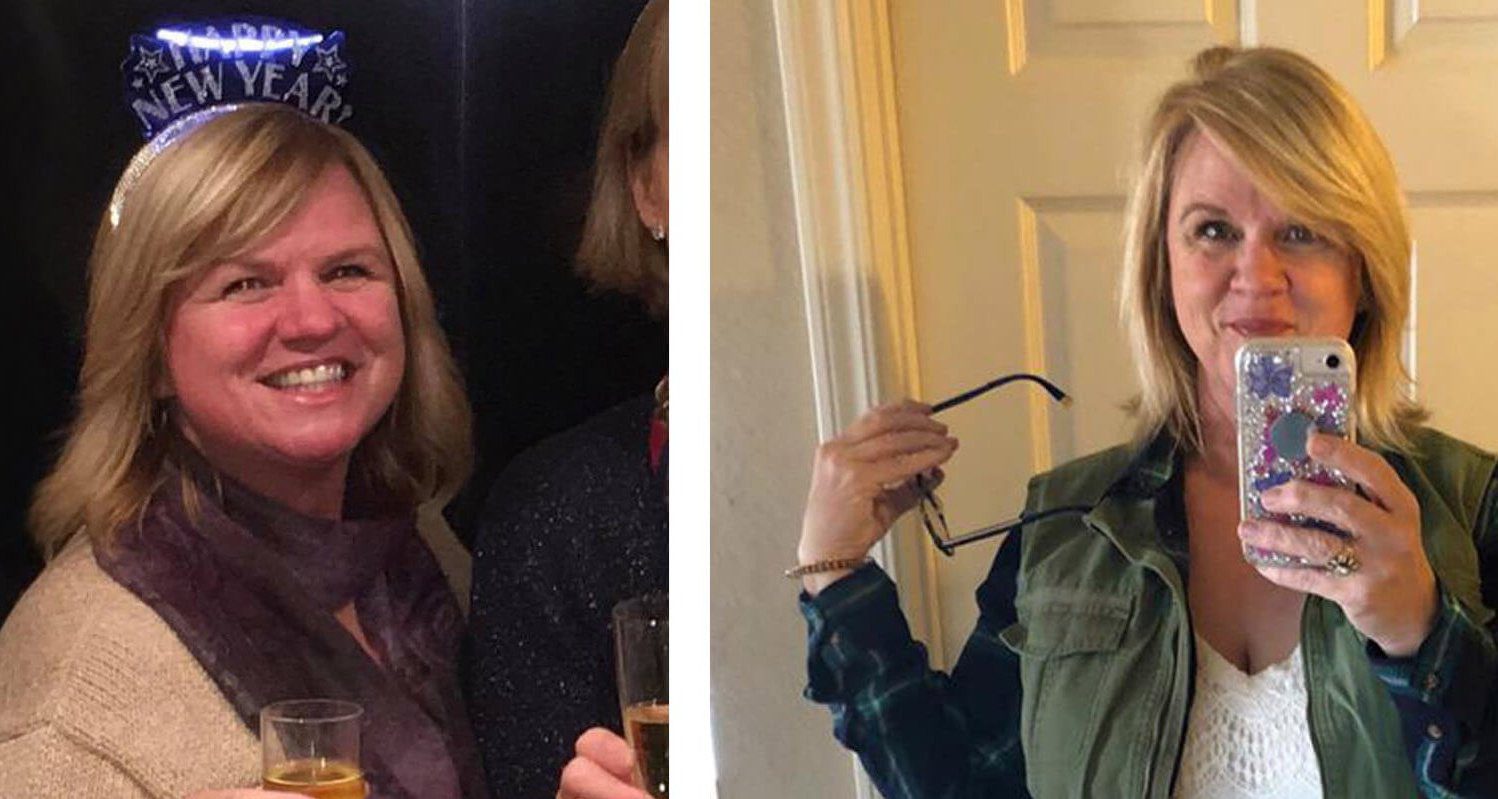