I Reversed Cirrhosis in 1 Year on a Plant-Based Diet

Otis Price weighed 326 pounds when a cirrhosis diagnosis motivated him to go all-in on a whole-food, plant-based diet.

The first time I heard the words “morbidly obese” was 14 years ago. My cardiologist had written it in big black letters on the front of my medical folder. When you’re that heavy you step into another world where the insults and jokes get numbed by the addiction of your choice to blunt the pain. I vividly remember a small boy in a Taco Bell saying, “Look, Mommy. That big fat man is going to break that little chair.” Co-workers can be brutal, as well, and you remember every single insult. Your life becomes limited. You don’t fly. You don’t shop for clothes in a regular store. Your face feels like it’s going to explode every time you put on your shoes. You never sit in a booth at a restaurant. You avoid mirrors and your reflection in storefront windows. You try every fad diet and gimmick to lose weight and nothing works, so you give up.

One year ago (October 2018), I was diagnosed with cirrhosis of the liver, esophageal varices (enlarged veins in the esophagus), and multiple gastric ulcers. I was told that there was no cure for cirrhosis: Best-case scenario, I could slow the progression of the disease until I needed a liver transplant. The doctor said that a normal liver could regenerate itself, but mine had too much scarring. I was told the esophageal varices could burst at any moment and that I had a 50/50 chance of choking to death on my own blood if I didn’t get to a hospital in time.

I’d known for some time that a whole-food, plant-based diet was the best possible way to eat for healing. I had dabbled in it a few times but never went all in. I’d watched Forks Over Knives several times over the years and would be inspired to try WFPB again after each viewing, but I didn’t get really serious until this diagnosis. I fully adopted a WFPB diet, and I found a doctor who specialized in helping people reverse cirrhosis more holistically.

Since going plant-based a year ago, I’ve lost 66 pounds. After just three months of WFPB lifestyle, my gastric ulcers were gone (with no medication). A few weeks ago, testing showed my cirrhosis was completely reversed. Last week an endoscopy showed the esophageal varices were very faint, no longer a threat. On top of all that, I’d previously been prediabetic and had high cholesterol and high blood pressure: Today I’m no longer prediabetic, and my blood pressure and cholesterol are within the healthy range.

You have to believe in yourself, no matter what anyone says. There’s always a way. There is always hope. Miracles are real. 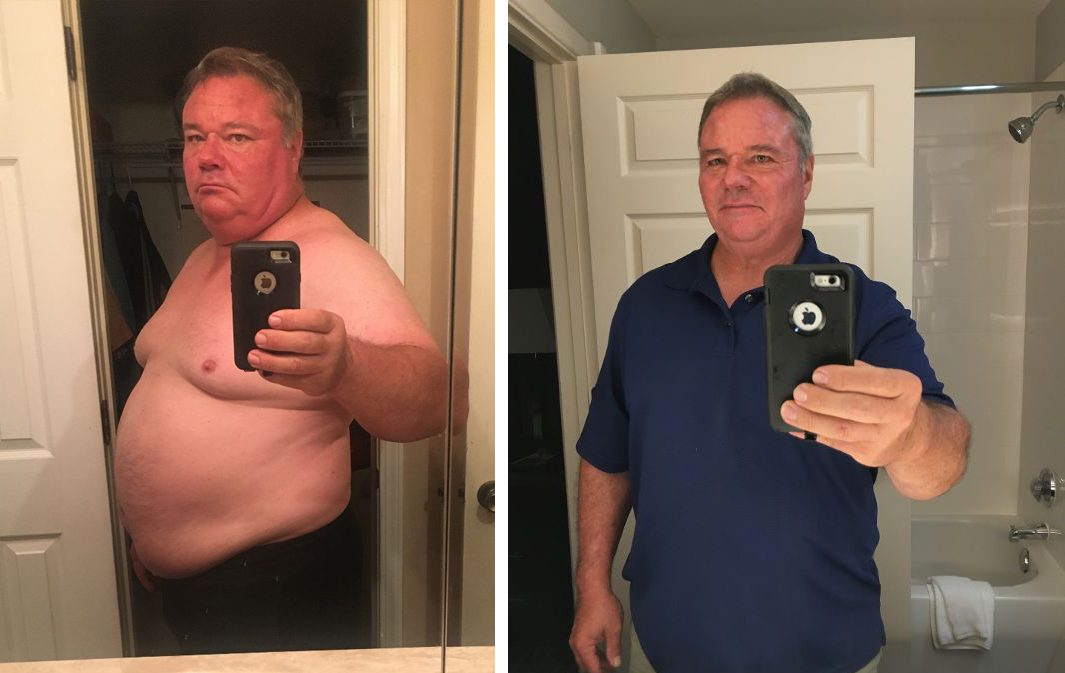