How We Cured Cystic Acne With One Simple Diet Change

We are identical twins, and were lucky to escape our teenage years mostly free from acne. We never realized how lucky we were until last year. In 2014, all hell broke loose on our faces. We were 20 years old, and all of sudden we found ourselves battling severe cystic acne. It was the worst red and swollen acne you can imagine. Cystic acne is the kind that’s deep, severe, and very painful. It’s not just a few pimples here and there.

The acne really took a toll on us as entertainers (we’re musicians and actors). We were depressed and didn’t want to go out or step in front of a camera. It was a total confidence-killer. It was also horribly painful and uncomfortable and itchy. We didn’t even want to take photos when it was at its worst, so the photos you see here are actually from when our acne started getting better.

We tried everything, including top dermatologists, antibiotics, special facials, blue light therapy, and prescription skincare products. The doctors we saw all eventually recommended the powerful acne medication Accutane, since the acne wasn’t responding to any other treatment. We had friends who had taken Accutane, so we knew about its reputation for bad side effects and wanted to avoid using it if possible. We were raised vegan, ate healthy, and already didn’t eat dairy (which is often linked to acne), so we mostly didn’t think our diet could be causing our breakouts.

We were at a loss for what to do until our father suggested that we look at research by Dr. John McDougall. Years ago, our mother had been cured of an autoimmune disease after following Dr. McDougall’s advice, so we already trusted him and knew he was capable of doing the impossible. We immediately read this article and took notice of a few of his points, including this:

“Multiple studies of people living on their traditional native diets—almost all of which are low-fat diets … have found these people have little or no acne.”

He went on to say that “it does not take much fat on the skin to plug the pores, feed the bacteria, and cause acne in susceptible people.”

We were raised vegan and try to eat healthy, but we did eat some fatty foods, like nuts, oils, avocados, and processed (higher fat) soy products. As soon as we read this article and other research by Dr. McDougall, we realized that our acne first started to flare up when our parents were traveling. During that time, we were eating a lot of peanut butter on toast. Shortly afterward, we left for Europe, where our bad acne only got worse. Because we were traveling, we were eating a lot more restaurant food prepared with oil, soy products, soy milk, and processed foods like Clif Bars.

After realizing this, we immediately started on a no-oil, low-fat diet. We cut out the oil, peanut butter, and soy products and saw positive results almost immediately. In just three days, neither of us had any more new breakouts. It took a while for the old acne to heal, but we were so excited from that first week. We felt like we could see things improving before our eyes. 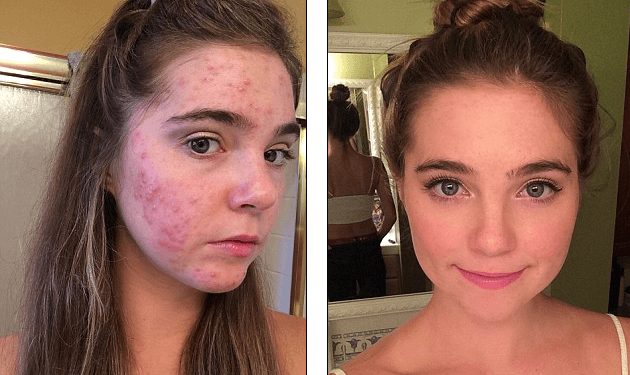 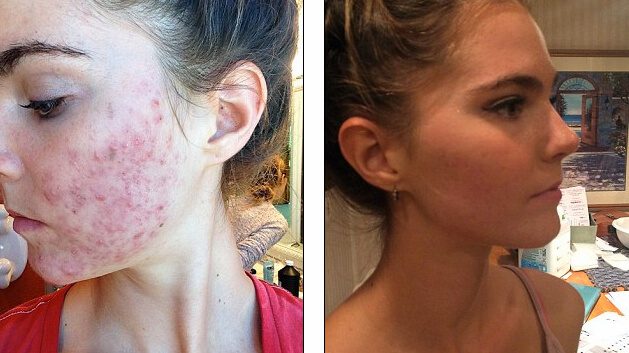 The “after” pictures above (top: Randa; bottom: Nina) are from just six weeks after we started the low-fat diet. We now eat a whole-food, plant-based diet with lots of whole grains, beans, fruits, potatoes, and vegetables. We also eat extra dried fruit and smoothies with oats to keep our weight up. (We lost five pounds each by cutting out the oil and fats, and we don’t want to lose anymore.)

We know our story sounds unbelievable, but it’s true, and we are sharing these photos to help people. If you’re struggling with acne, we hope our story will inspire you to try a low-fat, plant-based diet. It’s an easy, free, drug-free therapy that treats the cause of your acne, and not just the symptoms. 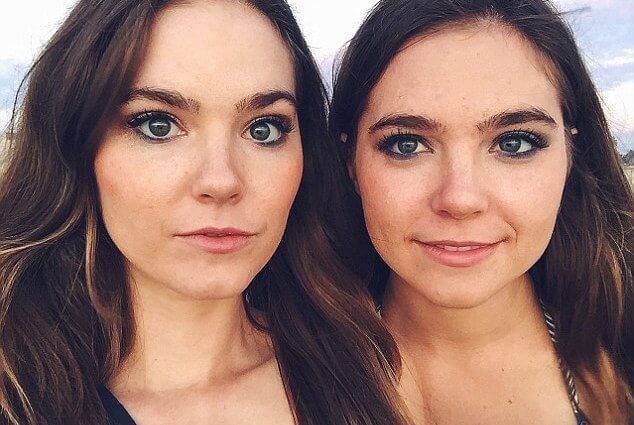 All photos courtesy of Nina and Randa Nelson. 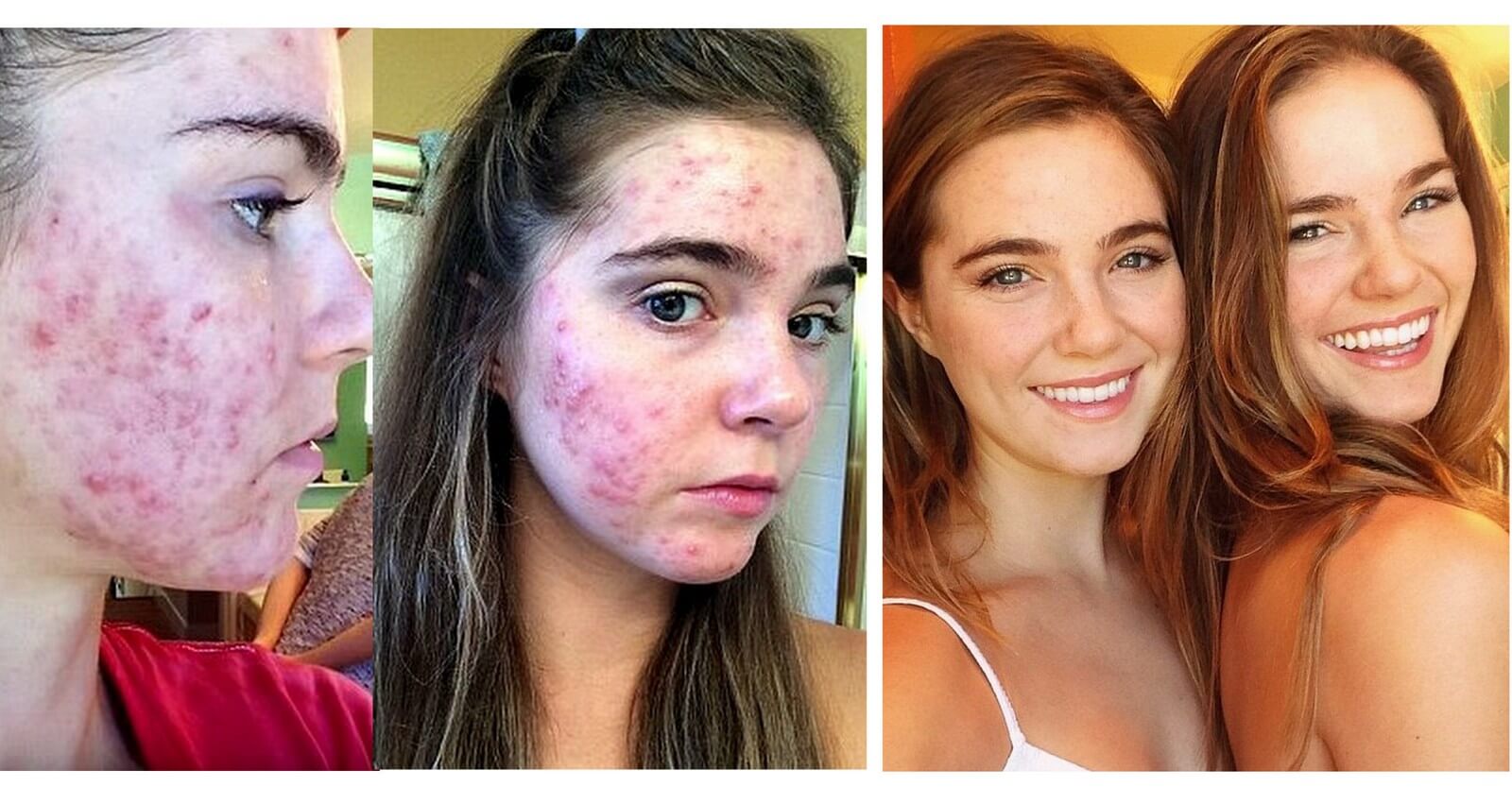