Sandra’s kidney disease had been steadily worsening over the course of 12 years before she’d even been diagnosed—but she quickly turned things around after adopting a new diet.

Before beginning this journey, I was scared to get a physical. I used to be a long-distance runner, but two years of severe sciatica had led to quite a bit of weight gain: First the pain prevented me from exercising, eventually landing me in a wheelchair; then I got back surgery, which relieved the pain, but left me semi-sedentary. After my surgery, a doctor told me I could never run again.

I decided that I still needed to do something about my weight, so I visited a nutritionist. She told me that the first thing I had to do was get a complete physical.

I went home that day and, for some reason, my intuition directed me to the Forks Over Knives site. I read everything I could about a whole-food, plant-based diet. I decided then and there to give it a try. I picked out some recipes from Forks Over Knives, bought groceries, and dedicated myself to this new way of living.

I got my physical the day after I started the diet, and a week later was the follow-up appointment to review the results of my blood work. That’s when my doctor told me some bad news: I had stage 3 kidney disease.

When I asked my doctor if there was a cure for kidney disease, she left me with the impression that there wasn’t much I could do about it—that it was an inevitable march toward dialysis. She sent me to a nephrologist.

The nephrologist was very somber about my test results. He said that I had only 44 percent kidney function. I asked him what I might be able to do to cure the disease, if I could turn it around. He only said, “We shall see.” What I took him to be saying was: “Don’t get your hopes up.” I told him that had recently switched to a whole-food, plant-based diet. He seemed unimpressed but said that it wouldn’t hurt.

Committing to a Plant-Based Diet for CKD

As soon as I got home from the nephrologist I got online to do some research. Everything I read stated that stage 3 kidney disease would steadily progress toward kidney failure, dialysis, and death. I was three months away from turning 70, and the statistics were even worse for someone my age. I found a study of a number of people in my age group with stage 3 kidney disease. The report said that about half died within three to five years and that the rest lived about 10 years before they died. I also read that by the time my kidneys failed, I would be considered too old for a transplant. Nevertheless, I still was convinced I could at least slow the progression down with my diet.

Fortuitously, in my online research I also came across a success story from a young woman who completely cured her stage 4 kidney disease with a plant-based diet. I knew then that I, too, could beat the odds.

I continued eating what I thought was the yummiest diet I have ever been on—a way of eating that regardless of what doctors told me about my health, I would continue forever. I loved the freshness of everything. I could really taste the flavor of the food and found the variety of greens and other salad ingredients tasted so much better than I had experienced, ever. I never missed the meat or dairy products, and I faithfully took my B12 supplements.

Though I was eating well, I still was dreading seeing my nephrologist again, fearful he would say that my new test results indicated my kidney function had dropped even more. I had also gotten an ultrasound and I was scared to see what the results of that might be.

So at my next appointment, when my nephrologist brought out his laptop, I had trepidation. He pulled up a chart of my kidney readings over the last 12 years. To my surprise, it showed that most of that time I had been in stage 2 kidney failure, with my kidneys functioning at around 50 percent. No doctor had bothered to mention this to me before. Then he showed me the severe drop on the chart when my kidneys dipped into 44 percent functioning—stage 3 kidney failure.

But then, with a smile on his face, he showed me the results of my most recent blood tests. My kidneys were functioning at 62 percent! In 12 years, my kidneys had never functioned that well! He said kidneys functioning over 60 percent were healthy, and that when he looked at my ultrasound, it, too, displayed totally healthy kidneys.

I mentioned that I had planned to again ask his opinion on how to beat stage 3 kidney disease. He responded by saying, “You already have!” Though happy for me, he was completely puzzled over how this could happen, especially in less than two months!

The biggest surprise for me was when he said I didn’t have to see him again because I was cured.

I told him those good results had to be from my going whole-food, plant-based. He said that my diet could not have made a difference—but I knew in my heart of hearts that it had.

Recently, I went in for more tests and found out that my kidneys were functioning at 67 percent!

My physician said that I could run again, and I’ve started an exercise program of walking now. I am soon to be running long distances once again. 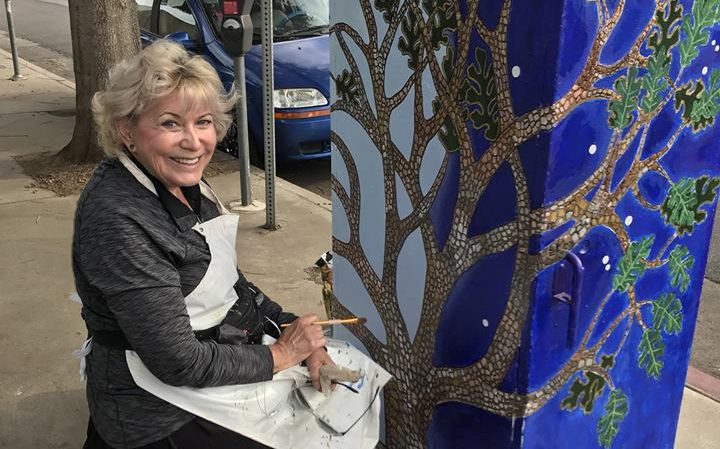