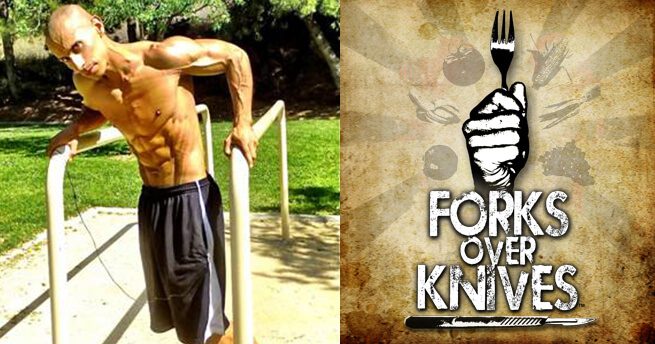 This story was updated in April 2015 to correct outdated links.

Have you heard of Frank Medrano? He’s a body builder, and he does stuff like this.

And his strength comes from plants. That’s right: Frank Medrano is vegan.

Frank, like most people, wasn’t born vegan. He ate meat for 30 years. And though he’s been training for 7 years now, it was a little over a year ago when he learned that two good friends of his, Dan Attanasio and Noel Polanco, were vegan. They were body builders, too, and Frank was intrigued. His two friends helped him get started with a plant-based diet, helped him make meal plans and answered all of his questions, and within 2-3 months, Frank was feeling all the amazing benefits of a plant-based diet. The most notable were the increase in energy – “real high energy” – and quicker recovery times. He calls the benefits of a plant-based diet “super wellness.”

“I thought I was healthy and strong before, but [after adopting a plant-based diet] I started to feel energetic and I was having quicker recovery after training,” Frank said.

Help from friends made the transition easier, but Frank admits it wasn’t a completely effortless transition from an omnivorous diet to plant-based. “The hard part was in my head,” he said. “My head was telling me I was missing something, but I wasn’t.” Through trial and error, Frank discovered his new favorite foods, and within 2-4 weeks, he was on track and feeling great.

After about three months on a vegan diet, Frank approached Dan and Noel about joining forces and spreading the word about the benefits of eating vegan. Together, the trio formed Vegan Calisthen-X. Through their website they shared information, answered questions, and created videos of their plant-strong feats of strength.

Naturally, Frank gets a lot of feedback from passers by, wanting to know, “How do you do that?!” Frank loves chatting with people about fitness and plant-based nutrition, and people are most often shocked when they find out he eats zero animal products. “Ninety percent of the time, the first thing people ask is, ‘What do you eat?’” Frank says. He also states that many people look disappointed after he explains his diet, but that he hears success stories, too. Later he’ll run into someone that he had spoken to before and they’ll report to him that they’re trying to go vegan, or have gone vegan, and with excellent results. Their excitement and success feels rewarding. Knowing that he has had a positive influence on someone, Frank says, “It’s fulfilling to know what you’re doing is right.”

Through his website, Facebook, and Youtube channel, Frank answers a lot of questions and shares a lot of information, including his favorite inspirational resources. Among them, the film, Forks Over Knives, rates highly as a must-see. He also recommends those interested in fitness to check out Robert Cheeke and his site, VeganBodyBuilding.com. For those interested in filling their plates with delicious and nutritious plant-based fare, he refers them to NakedCore.com.

So, what more is on the horizon for Frank Medrano? He’s focusing on adding more information and creating more videos, as well as performing at fitness expos. He would love to have more speaking opportunities. Frank recently had two photo shoots for a feature in the new Vegan Health and Fitness magazine. And he will, of course, continue to educate and inspire everyone on how to thrive (and beyond) on a plant-based diet. 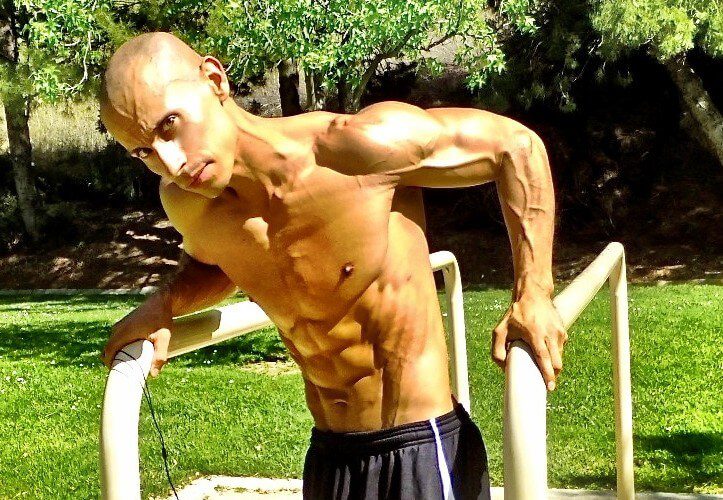 Amanda Just is a freelance writer who contributes to This Dish Is Veg and other websites. She also teaches cooking classes and works with at-risk youth. Read more about Amanda on her blog, Hungry Vegan Traveler.