Diet and Lifestyle Helped Me Become a Champion Again 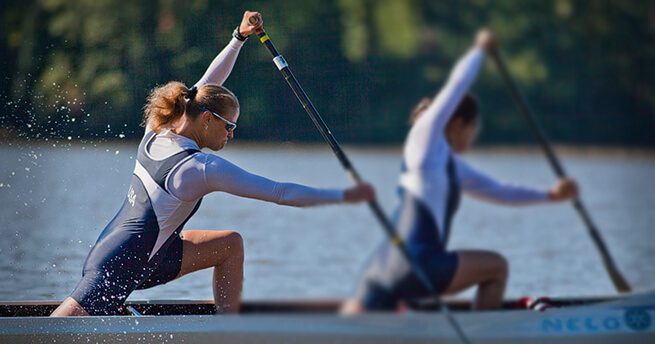 I had been at the top of women’s canoe. I was undefeated in the U.S. since 2000 and ranked with the world’s best. However, in 2004, I was 36 and burned out. I was suffering from debilitating health issues and dealing with several life stresses, all of which left me with little desire to ever race again.

I decided to overhaul my diet ­– and life. I began eating a lot of plant-based foods, especially fruits and vegetables. I also focused on my other needs, such as adequate sleep, sunshine, fresh air, laughter, positive thoughts and nurturing relationships. Two years after I began making these lifestyle changes, I was feeling like a new woman. Despite being 38 years old ­­­– which is considered “old” by racing standards – I decided to launch a comeback. I was confident that my lifestyle changes would make me a champion again.

I entered three competitions: The U.S. National Sprint Canoe/Kayak Championships (in Georgia), the Queen Lili’uokalani Long-Distance Outrigger Race (in Hawaii), and the Pan American Championships (in Mexico City). Each race presented a unique set of challenges. The Nationals take place in the scorching heat and sun of Georgia; the Queen Lili’uokalani Race takes place in high heat and involves the greatest number of competitors in any long distance canoe competition in the world; and the Pan American Championship takes place at high-altitude and in very polluted air.

Canoeing is a tough sport on many levels. It’s physically demanding and dominated by young, state-sponsored athletes who can train full-time. Furthermore, women are excluded from some competitions including the Olympics (something I’m trying to change). I wanted to win the competitions badly. I knew winning performances would not only speak volumes about the abilities of  “older” women athletes, but it would affirm the power of plant-based foods in a sports culture that, like the rest of society, is dominated by meat and dairy eaters.

The results speak for themselves. At the U.S. Nationals, I won a record 16 medals (15 gold and 1 silver), which still stands today as the most by a male or female athlete. In Hawaii, my 6-person outrigger canoe team finished 11th out of 138 women’s crews for the 2½-hour race. And at the Pan American Championships, I won 5 gold and 1 silver medal, the most medals won by a U.S. canoe or kayak athlete, male or female. This, too, is a record to this day. I also established national records in singles and doubles canoe events (singles records have yet to be broken) and remained undefeated in the U.S in women’s canoe.

I competed against the best, handled tough conditions and became a champion again. I performed at my very best at a time when most athletes are in decline. I’ve learned that diet and lifestyle are nature’s most powerful medicine for keeping our minds and bodies healthy. These factors also provide the strongest foundation for maximum athletic performance. 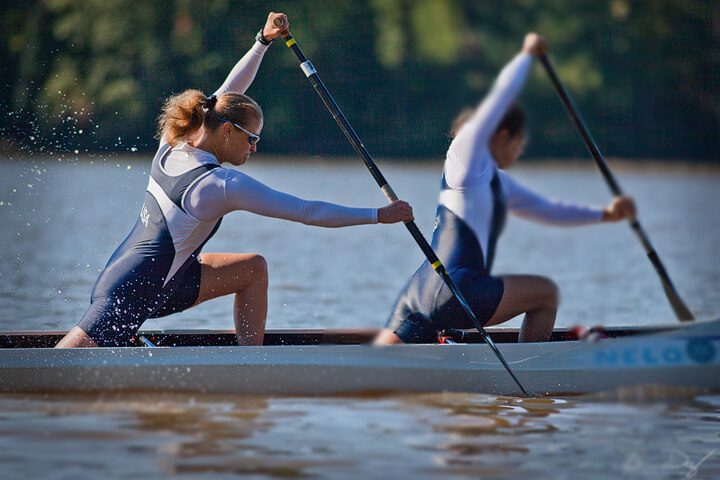 Pam Boteler, president of WomenCAN International, is a global voice for equality in Olympic canoeing and a competitive plant-based athlete. She coaches health, wellness, and high-performance athletics. Visit WomenCAN International for more information, and follow Boteler on Instagram and LinkedIn.