Barely Survived a Massive Heart Attack … I Never Want Another One!

It was a normal Friday afternoon at work on the 28th day of March, 2014. While walking out of a meeting I felt a strange tingling sensation throughout my body. I was lightheaded, and I started to perspire a little bit, which was not common for me. I asked our Human Resources manager to call 911.

The paramedics arrived within five minutes, and after checking my vitals, one of them said, “it appears you are having a heart attack.”

En route to the hospital, I remained very calm. I felt comfortable and was not experiencing any chest pains or numbness. When we get to the ER, the team quickly cut off my t-shirt and slapped some pads on me. I asked them to hand me my phone, and I posted a Facebook status update of “at ER,” with the comment “just a little heart attack, it’s all good.”

Then they wheeled me into the cath lab to find out what was going on. As soon as the doctor saw me, he asked “MR. WILLITS, ARE YOU ALRIGHT? ARE YOU OKAY? COUGH, MAKE YOURSELF COUGH!”

I felt my entire body going completely numb. I could hear what he was saying but could not muster up a cough. My ears were ringing loudly. Then I heard someone saying “clear!” I remember thinking, crap, they’re going to shock me! Sure enough, it felt like I had been run over by a semi-truck.

Less than thirty minutes later, I opened my eyes in the recovery room and saw my two boys and my sister. My 18-year-old said, “you needed three stents. You flat-lined three times, and they had to shock you eleven times. They didn’t think you were going to make it.”

Reality hit at that point.

Five days later, I was released from the hospital. My sister suggested I check into a vegetarian or a Mediterranean diet. I did a web search and learned that a plant-based (vegan) diet was more successful than either of those, by a significant margin. More research led me to order Dr. Esselstyn’s book, Prevent and Reverse Heart Disease. And through his website, I emailed Dr. Esselstyn for more information:

Heart Attack Survivor 3-28-14: In my downtime from my massive heart attack, 3 flatlines, 11 shocks, 3 stents with a few more to follow in 2 weeks, I came across your info. How do I get started with the plant based diet so I can prevent this from ever occurring again?

Less than twelve hours later, my phone rang. The voice on the other end of the line said, “Hi, this is Dr. Caldwell Esselstyn.” I was stunned, but his voice was unmistakable from the videos I watched! We spoke for 27 minutes. Since that day I have not ingested anything that can damage my endothelial cells. I have been 100% committed to plant-based eating without compromise, and I will be for the rest of my very long very healthy life!

I am now affiliated with a phenomenal Plant-Based Nutrition Support Group in Michigan, and in less than a year we have grown to more than 550 members! This month (January, 2015) we are hosting my mentor, Dr. Esselstyn, his wonderful wife Ann, and his son Rip. We also plan to host a screening soon of the amazing Forks Over Knives documentary.

If my sister hadn’t started me on this path, I would never have learned this information. At no point did any doctor provide a shred of this information to me. It was actually the opposite: When I told them how I was eating, they warned me with great concern to be very careful. REALLY??

Nine months later, my numbers have made my cardiologist a believer, and I hope that he will at least mention plant-based eating as an option for his future patients.

Thank you for encouraging people to share their stories. I hope that someone can use mine as an inspiration to make a change, so they don’t have to experience what I did. 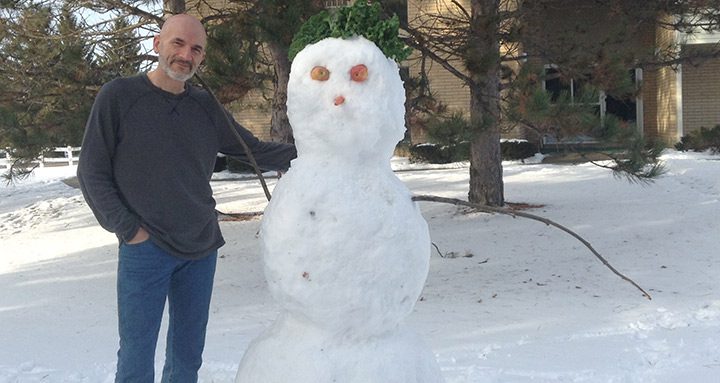