Plant-Based Diets and 3 Types of Arthritis: a Look at the Evidence

Poor diet has been identified as one of the top actual causes of death in the United States time and again. But poor diet doesn’t just cause premature death; it causes years and decades of chronic disease leading up to death, which limits our ability to live a vibrant, pleasurable life. Arthritis represents just one way disease can limit our quality of life. It is a manifestation of countless diseases, many of which are caused in part by poor diet. 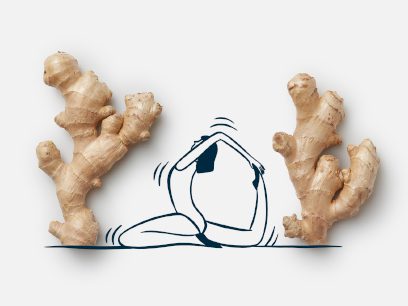 Arthritis refers to painful inflammation of joints. There are many types of arthritis: some acute and fleeting with no long-term consequences, some chronic and causing decades of crippling pain and immobility. Below is a discussion of three common types of arthritis and how diet may play a role in the disease process.

Osteoarthritis is a type of chronic arthritis characterized by inflammation and degeneration of the joint. It is often referred to as a “wear and tear” disease of the joint due to a lifetime of use; however, research has shown that osteoarthritis is not simply a disease of aging. Risk factors that we can control, such as poor biomechanics, muscle weakness, and obesity, play a large role in the disease process. Diet also plays a role.

In a study published in 2015 in the journal Arthritis, researchers investigated the effect of a whole-food, plant-based (WFPB) diet on osteoarthritis. They conducted a randomized controlled trial, meaning they randomly assigned participants with osteoarthritis to a WFPB diet and compared them with participants who continued their usual omnivorous diet. Within two weeks, participants eating the WFPB diet reported a significant reduction in pain and improved functioning compared with the control group.

Another study of a larger group of people found similarly promising results. The 2006 study, published in the Journal of Nutrition, Health and Aging, found that eating meat just once per week (compared with eating no meat) was associated with an increased risk of osteoarthritis by 31 percent in women and 19 percent in men. Meat consumption more than once per week was associated with a 49 percent increased risk in women and 43 percent in men.

In another large study published in Annals of the Rheumatic Diseases, researchers used data from two large cohorts to examine the association between fiber—a nutrient exclusively found in plant foods—and risk of knee osteoarthritis. Those who consumed the highest amounts of fiber had a 30 percent lower risk of knee osteoarthritis in one cohort, and a 61 percent lower risk in the other cohort.

Although not completely understood, the effect of a healthy diet on osteoarthritis may be mediated through reduced inflammation and promotion of healthy body weight. Overweight and obese individuals are over twice as likely to develop osteoarthritis compared to normal weight individuals, and even minimal weight loss can substantially reduce that risk. Because plant-based diets are associated with lower body weight and with weight reduction, this may make them powerful tools in the treatment or prevention of osteoarthritis.

Rheumatoid arthritis (RA) is an autoimmune disease. The immune system normally recognizes self from non-self as a way of defending the body against foreign invaders (e.g., bacteria, parasites). In autoimmune disease, the immune system maladaptively attacks certain parts of the body. In the case of RA, the target is synovium, a tissue that lines the inner surface of joints. This leads to a chronic inflammatory response that deforms joints and surrounding tissues. Certain factors increase the risk of developing RA, including genetic factors, smoking, and obesity.

Although data is limited on the topic, a few studies have shown diet may play a role in the prevention and treatment of RA. In a 2003 study published in Annals of the Rheumatic Diseases, researchers randomized participants with rheumatoid arthritis to a Mediterranean diet—which emphasized fruits, vegetables, whole grains, legumes, and nuts—or to continue their normal diet. After 12 weeks, the Mediterranean diet group showed decreased disease activity, had fewer swollen joints, and had less pain compared with those who did not make the dietary changes.

In a different randomized controlled trial published in the American Journal of Clinical Nutrition, researchers tested the effect of fasting for 7 to 10 days followed by a vegan diet for 3.5 months in patients with RA. After one month of intervention, the vegan diet group had decreased pain, less morning stiffness, and fewer tender and swollen joints compared with the omnivorous group.

Although these results are promising, larger studies are needed to validate their findings and further elucidate the effect of plant-based diets on RA.

Gout is an inflammatory disease caused by urate crystals depositing in various tissues of the body, especially joints. Uric acid is a breakdown product of compounds called purines, which are found in high concentrations in meat, seafood, and alcohol. At high levels in the body and under certain circumstances, uric acid can form crystals that trigger a painful inflammatory response. Due to differences in purine content among foods and its role in the disease process, extensive research has been done on the effect of diet on gout risk.

A study published this year in Clinical Nutrition included two cohorts totaling 13,935 people followed for over eight years on average. The authors investigated the effect of a vegetarian diet on the incidence of gout and found that those eating a vegetarian diet were a third as likely to suffer from gout compared with non-vegetarians, even after accounting for differences in other risk factors (e.g., age, smoking, alcohol use) in their statistical model.

A large study published in 2004 in the New England Journal of Medicine followed 47,150 men over a period of 12 years and compared meat consumption between men who developed gout with those who remained healthy. They found that those eating the highest amount of meat and seafood were, respectively, 41 percent and 51 percent more likely to develop gout than those eating the least amount of meat and seafood. Interestingly, they found that high purine vegetables were not associated with an increased risk of gout.

At 73, I Went Plant-Based and Said Goodbye to Obesity, Heart Disease, Kidney Disease, and Arthritis

Diet and Arthritis: the Big Picture

Although further research is needed to better understand the effect of plant-based diets on the various types of arthritis, I have a hunch that nature was consistent in its design: that the diet that benefits our hardened arteries, insulin resistance, elevated blood pressure, painful menses, erectile dysfunction, ischemic hearts, distressed psychology, and diseased kidneys, is very likely to also benefit our inflamed joints.

Dr. Andrew Beauchesne is a physician and health researcher. He received his medical degree from Tufts University School of Medicine and has worked on several nutrition research teams investigating the effect of diet quality on various health outcomes. Find him on LinkedIn.

Calcium and Bone Health: What Plant-Based Eaters Need to Know