The Paleo diet seems like a great idea: eat like a caveman to avoid the diseases of civilization. The logic, so it goes, is that our bodies are a product of the Stone Age, and even though we have temporally left the Paleolithic period, our biology has not changed and remains ill-equipped to handle volleys of junk food and soda. If humans came with an instruction manual on how to be fed, the Paleo diet would appear to be the described fare.

If we could go back in time to see how humans lived, way before the era of iPhones and Twitter, we would find humans living—and eating—in their natural habitat. In this snapshot, of course, we would not find pizza boxes, potato chips, or Twinkies, but an earthy pantry of fruits, vegetables, and, seemingly, meat. I can’t argue against the need for more fruits and vegetables, but what irks me is the requirement for meat.

The necessity for meat is unsettling, especially red meat, which the Paleo diet features prominently, since red meat increases the risk of cancer, heart disease, diabetes, and death. But what about other types of meat? And how much? Should we be eating no meat?

And so, I’ve become a bit obsessed with finding the answer. And for good reason: every patient that has a lifestyle disease that I would come in contact with as a physician could be affected by how I answer this question, which is to say, nearly all of my patients. The answer wasn’t easy to come by, and at times wasn’t clear. There were even times when I nearly convinced myself that the Paleo diet was correct in its premise. After spending hundreds, if not thousands of hours, over the past several years understanding human biology, evolutionary medicine, and anthropology, I’ve arrived at the answer.

Ultimately, the Paleo diet is right in its intent but errs in its methodology and conclusion. The Paleo diet assumes that humans in the Paleolithic period, the era which Paleo pundits reference, spanning 2.5 million to 10,000 years ago, were living in a manner that was in harmony with their—and by extension our—“genetic makeup.” But the human genetic makeup has been evolving for millions of years, and drawing a conclusion from one particular time point neglects the evolutionary context that surrounds it.

Human evolution dates back to at least 40 million years ago: a messy process filled with dead-ends and detours extending from anthropoids to hominoids to hominins to, finally, Homo sapiens sapiens, better known as the modern human. During the bulk of this time, human ancestors were primarily herbivorous. True, meat in the evolutionary diet didn’t gain momentum until the Paleolithic period, but it wasn’t until later in the Paleolithic period—how late, however, is a matter of ongoing contention. Some have argued that significant meat consumption didn’t start until around 400,000 years ago, when the first spear was discovered. But spears aren’t particularly useful unless you have a spear-thrower, or atlatl, which wasn’t invented until 17,000 years ago. Through a combination of improved group-hunting tactics and the introduction of advanced weaponry, many agree that effective hunting was likely in full swing by 40,000 years ago.

Over the course of human evolution, our lineage didn’t have the resources or, more importantly, the life-or-death need to eat meat. When humans engaged in effective hunting 40,000 years ago, they did so because they had left their warm ancestral homelands in Africa, which would have been replete with plant-based sources for food, and were now dependent upon the resources available in the new and colder environs they would have encountered venturing through southeast Asia and Europe during the last Ice Age. Food wouldn’t have come easily to early humans and likely drove the need for sophisticated tools to hunt animals. Early humans survived by adapting to these harsh environments by eating meat.

This is, however, different than saying, “Humans evolved to eat meat.” These early humans made weapons, hunted, and ate venison because it was necessary to stave off starvation and not because this was in their “genetic makeup.” Had these early adventurers found pizza, doughnuts, or french fries lying around the glacial forests and tundras of yesteryear they would have consumed that too because those would have been sources of precious calories.

The early humans from 40,000 years ago, who are the same subspecies of humans as modern humans, were not significantly different in their biology or anatomy than the ancestors they evolved from, and they certainly didn’t have any specific evolutionary traits to help them eat meat, or doughnuts for that matter. Their biology was consistent with a 40-million-year evolutionary process that was suited to eating foliage, and not fauna.

The carnivorous departure is a fairly new phenomenon and only represents 1 percent of the human evolutionary timetable, even when considering the earliest time point for effective human hunting. Any diet that says we should eat meat overlooks the other 99 percent of human history when we weren’t eating meat. If we were to compress human evolution onto a single calendar day starting at midnight, humans would have only started eating meat on a regular basis at 11:45:36 PM.

Our biology is best suited for a plant-based diet. After 40 million years of evolution, we see that the human gut anatomy is remarkably similar to our closest extant relative: the chimpanzee, who share 99 percent of their DNA with us. Chimpanzees are also 99 percent herbivorous, eating primarily fruits and leaves. Only 1 percent of a chimp’s diet is meat, while the average American wolfs down about 27 percent, or more, of their daily calories from animal-based sources. It is easy to see how a lifetime of errant dietary habits can take their toll on human health.

Humans during the Paleolithic era ate meat for survival, not for long-term health. Fortunately, humans of today are living under less brutal, and more enlightened, conditions. It’s difficult to argue that the Paleolithic diet’s requirement for meat is in sync with our genetic footprint, and the oversight is proving fatal for both the Paleo diet and, perhaps, for those following it. 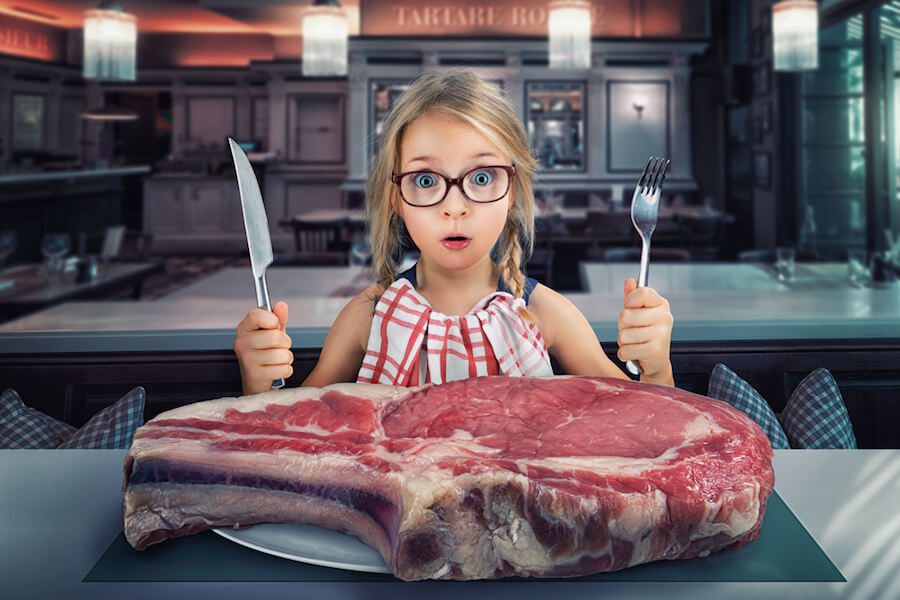 Dr. Shivam Joshi is a board-certified physician with an interest in plant-based health and evolutionary diets. He serves as a clinical assistant professor at the New York University School of Medicine. He completed his nephrology fellowship at the University of Pennsylvania. He received his bachelor of science from Duke University and his MD from the University of Miami. He completed his residency in internal medicine at the University of Miami/Jackson Memorial Hospital. Joshi has published over a dozen scientific articles on various topics in medicine. He is currently writing a book on the adverse health effects of a carnivorous diet. You can follow him on his blog and on Twitter.