What’s the Best Way to Lower Levels of IGF-1, the Cancer-Promoting Growth Hormone?

In the NutritionFacts.org video below, Dr. Michael Greger explores the link between obesity and the cancer-causing agent IGF-1* (insulin-like growth factor) produced by fat cells. Children and adults with a higher body mass index (BMI) typically have higher levels of IGF-1. We’ve also summarized his main points below.

Studies suggest those who eat a vegan diet have lower levels of IGF-1 than meat-eaters and vegetarians. Looking at the chart below, they also have lower BMIs. So can one lower their levels of this cancer-causing hormone just by lowering their BMI? 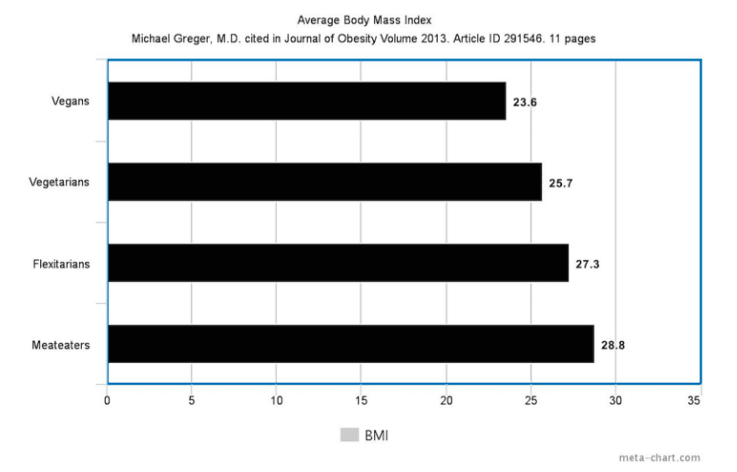 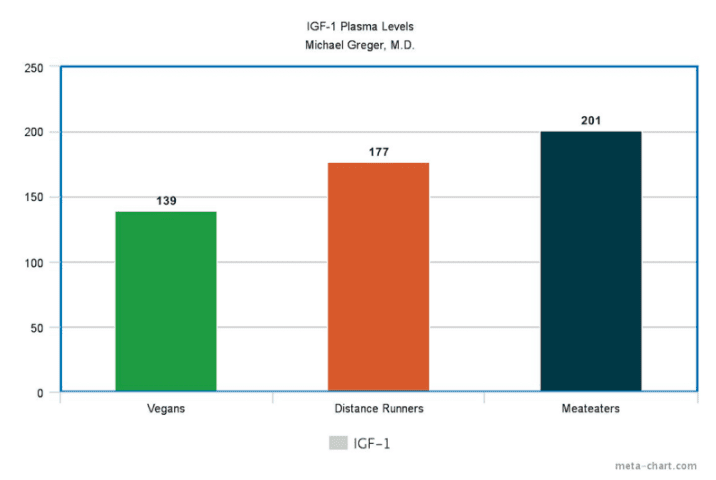 Whole plant-foods typically have fewer calories than those included in the Western diet. So could it be that vegans are simply eating fewer calories? When compared with people eating a calorie-restrictive diet, plant-based eaters still had the lowest levels of IGF-1. 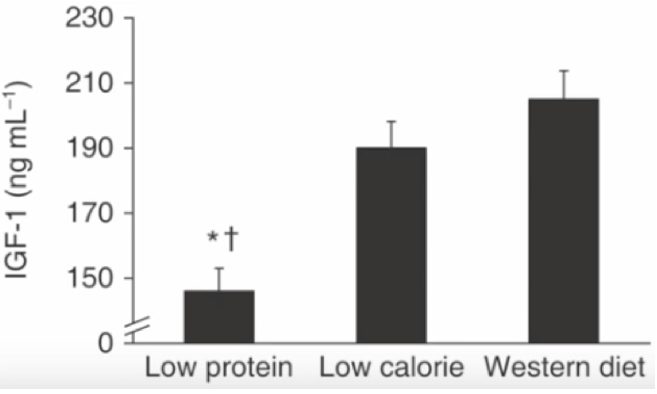 While BMI is a factor in cancer risk, IGF-1 is lowest in those who eat a low-fat, whole foods plant-based diet. It is not how many calories, but which calories that seem to determine cancer risk. Watch the video to learn why scientists suggest, “reduced protein intake may become an important component of anticancer and anti-aging dietary interventions.”

Julia Helms earned her bachelor’s degree in global public health and communications from New York University. After being diagnosed with Type 1 diabetes, she transferred from the Fashion Institute of Technology to NYU to pursue a career in public health, concentrating on plant-based nutrition as a proactive form of disease prevention. She served as an editorial intern for Forks Over Knives.