The Real Coconut Oil Miracle: How a High-Fat, High-Calorie Condiment Became a “Superfood”

The real coconut oil miracle has nothing to do with any magical healing or nutritional properties in coconut oil—it’s how a high-fat, high-calorie condiment was turned into a superfood.

Around the turn of the century, Americans were using butter, lard, schmaltz (chicken fat), and other rendered animal fats as an ingredient in food and as a cooking medium. The good news about these fats: They had many properties that made them excellent for these uses. They could withstand high heat, were very stable, and had a creamy, smooth texture. The bad news about these fats: Their high levels of saturated fat made them harmful to our health. However, at the time no one realized the negative health impact of saturated fats. The percentage of fat in the American diet stayed fairly consistent from 1900 to 1960.

The American Oil Change
Things began changing in the 1960s. By this time, we had learned of the negative impact of saturated fats on our health. In 1961, the American Heart Association Central Advisory Statement advised Americans to replace the saturated fat in their diets with polyunsaturated fats (PUFAs). Vegetable oils and, to a lesser extent, shortening and margarine, were recommended as replacements for animal fats such as butter, cream, and cheese.

The best way to do this would have been to swap out saturated fat–rich foods with foods rich in PUFAs. Exchange a breakfast of bacon and eggs for one of oatmeal and fruit. Exchange saturated fats such as butter and lard for a liquid oil higher in PUFAs, such as soybean oil. By exchange, they meant on an equal calorie basis without increasing total calories.

Unfortunately, this is not what happened. No one wanted to change what they were eating, and no one wanted to use liquid PUFAs because they do not work as well as saturated fats in the food supply. PUFAs have a much lower smoke point, oxidize easily, are less stable, have a shorter shelf life, and don’t have the same creamy texture. However, when manufacturers partially hydrogenated these liquid oils and turned them into margarine and shortening, they acquired the beneficial characteristics of saturated fats. As a result, increasing amounts of these chemically altered fats ended up in the food supply—but not on an equal calorie basis. Instead, we saw one of the largest increases in calories, driven mostly by added fats, since 1960. The 1961 AHA Central Advisory Statement preceded the largest increase in the consumption of soybean oil (much of it partially hydrogenated) in U.S. history.

The Ticking Time Bomb
So, some of the saturated fat was replaced with shortening, margarine, and other partially hydrogenated oils. As a result, trans fat intake went way up while saturated fat intake barely nudged down and total fat and calorie intake shot up. That was not the intent of the 1961 AHA statement, nor the 1977 hearings of the Senate Select Committee on Nutrition and Human Needs, nor the 1980 Dietary Guidelines for Americans. What they did not realize at the time was the way these recommendations would be interpreted and applied by the commercial food industry, thus releasing a ticking time bomb—trans fats—into the food supply.

When the world of science and the food industry were first becoming aware of the problem with trans fats from partially hydrogenated oils, margarine, and shortening, they began looking for a replacement. It had to have the same characteristics as saturated fat–rich animal fats and trans fat–rich vegetable fats. It had to be stable, with a high smoke point, a creamy texture, and a long shelf life. Manufacturers experimented with many alternatives, including various oil blends, interesterified fats, and trans fat–free, fully hydrogenated oils, but nothing worked. In 2004, food companies and cities started banning trans fats, pushing industry to find an immediate replacement for solid fats in the food supply.

Manufacturers could not go back to butter or lard, which had already been proven harmful. Liquid oils only worked when solidified (hydrogenated), yet that created trans fats, which are even more harmful than the saturated fat. One immediately available option remained, and it had great marketing potential: tropical oils and fats. Rich in saturated fat but also plant-sourced, vegan, natural, and cholesterol-free, coconut oil, palm kernel oil, and palm oil were ripe for a public relations makeover.

Mass-Market Mania
Let’s look at the original publication dates of the first mass-market books that “helped launch the consumer revolution” of these saturated fat–rich tropical oils.

The original publication date of The Coconut Oil Miracle by Bruce Fife was 2004. Interestingly, Fife’s previous books focused on get-rich-quick schemes, including Make Money Reading Books; Get Published!: How to Break into Print With a Small Press and Become Rich and Famous; and Dr. Dropo’s Balloon Sculpturing for Beginners.

In 2005, Sally Fallon’s Eat Fat, Lose Fat: Lose Weight and Feel Great with the Delicious, Science-Based Coconut Diet was published. That same year, The Coconut Diet: The Secret Ingredient That Helps You Lose Weight While You Eat Your Favorite Foods, by Cherie Calbom and John Calbom, made its debut.

Before the release of these misguided books, virtually no one was promoting the “miracle health benefits” of coconut and other tropical oils. These books helped create a huge diet fad. Similar books flooded the market, with each author trying to outdo the last with even more fantastic claims about the supposed health benefits of coconut oil.

This diet fad coincided exactly with the moment food manufacturers were forced to reformulate their products or lose customers who were increasingly worried about trans fats.

May 2003: BanTransFats.com, Inc., a U.S. nonprofit, filed a lawsuit against Kraft Foods in an attempt to force Kraft to remove trans fats from the Oreo cookie.

July 2003: The Food and Drug Administration published a final rule in the Federal Register amending its food labeling regulations to require that trans fatty acids be declared in the nutrition label of conventional foods and dietary supplements. This rule went into effect on Jan. 1, 2006.

May 2004: Unilever Canada announced that they had eliminated trans fats from all their margarine products in Canada.

2006: The Center for Science in the Public Interest sued KFC over its use of trans fats in fried foods. In response, KFC announced that it would replace the partially hydrogenated soybean oil used in its U.S. restaurants with a zero–trans fat, low-linoleic soybean oil by April 2007.

June 2006: Wendy’s announced plans to eliminate trans fats from 6,300 restaurants in the United States and Canada, starting in August 2006.

October 2006: The Walt Disney Company announced that they would begin removing trans fats from meals sold at U.S. theme parks by the end of 2007, and would stop the inclusion of trans fats in licensed or promotional products by 2008.

November 2006: Taco Bell promised to remove trans fats from many of their menu items by switching to canola oil. By April 2007, 15 Taco Bell menu items were completely free of trans fats.

January 2007: McDonald’s announced they would start phasing out the trans fats in their French fries.

City Bans
Let’s look at the timeline of the first cities, counties, and states to ban trans fats.

December 2006: The NYC Board of Health voted to ban trans fat in restaurant food.

May 2007: Legislators of New York’s Albany County adopted a trans fat ban after a unanimous vote by the county legislature.

The Scientific Evidence for the Use of Coconut Oil
Even after the big mistake of recommending the substitution of hydrogenated oils into the food supply in 1961, you would figure more care would be taken before doing the same with coconut oil. I searched the National Library of Medicine for articles published between 1985 and 2004 on coconut oil and human health to support the substitution of coconut oil into the food supply. I found five related to heart disease and none of them were favorable. I didn’t find any on Alzheimer’s disease.

2) Mendis S, Kumarasunderam R. The effect of daily consumption of coconut fat and soya-bean fat on plasma lipids and lipoproteins of young normolipidaemic men. British Journal of Nutrition, May 1990. Researchers found that during the coconut-oil-eating phase, total cholesterol levels increased significantly compared with the soybean oil­–eating phase. “Results of the present study show that even when the proportion of total fat in the diet is low … a high intake of saturated fat elevates both these lipid fractions.”

4) Zhang J, Kesteloot H. Differences in all-cause, cardiovascular and cancer mortality between Hong Kong and Singapore: role of nutrition. European Journal of Epidemiology,  May 2001. Investigators in this study found that ischemic heart disease mortality was approximately three times higher in both men and women in Singapore versus Hong Kong and that there was “a higher consumption of coconut and palm oil, mainly containing saturated fat, in Singapore.”

5) Mendis S, Samarajeewa U, Thattil RO. Coconut fat and serum lipoproteins: effects of partial replacement with unsaturated fats. British Journal of Nutrition, May 2001. Researchers reduced the amount of coconut fat consumed over time, and as they did, the participants’ total cholesterol and LDL levels declined. The more they lowered the amount of coconut oil, the lower the total cholesterol and LDL went.

The Marketing Miracle of Coconut Oil
As we just saw, from the early to mid-2000s, there was no credible science demonstrating the health benefits of coconut and other tropical oils. However, there was a growing body of evidence proving trans fats were unhealthy. From around 2003 to 2007 and beyond, there was growing pressure on the food industry to remove the now unquestionably bad trans fats. Industry needed an immediate replacement, and tropical oils filled the bill perfectly—thanks to the PR makeover by wannabe nutrition experts.

The rise in use of these tropical fats was driven not by science but by consumers and industry based on their need and desire to keep eating the same processed and packaged junk foods they were hooked on. Looks like another ticking time bomb has been released into the food supply.

Producing this much coconut oil created a lot of coconut byproducts that the industry had to figure out a way to use. Shortly after the rise in coconut oil, we began to see the miracle of coconut water promoted as a sports and performance drink, and soon after came the miracles of coconut sugar, coconut nectar, coconut syrup, coconut aminos, coconut mulch, and finally, just in time for grilling season, coconut briquettes.

This story will one day be taught in a marketing class at the Wharton School of Business as the Marketing Miracle of Coconut Oil. 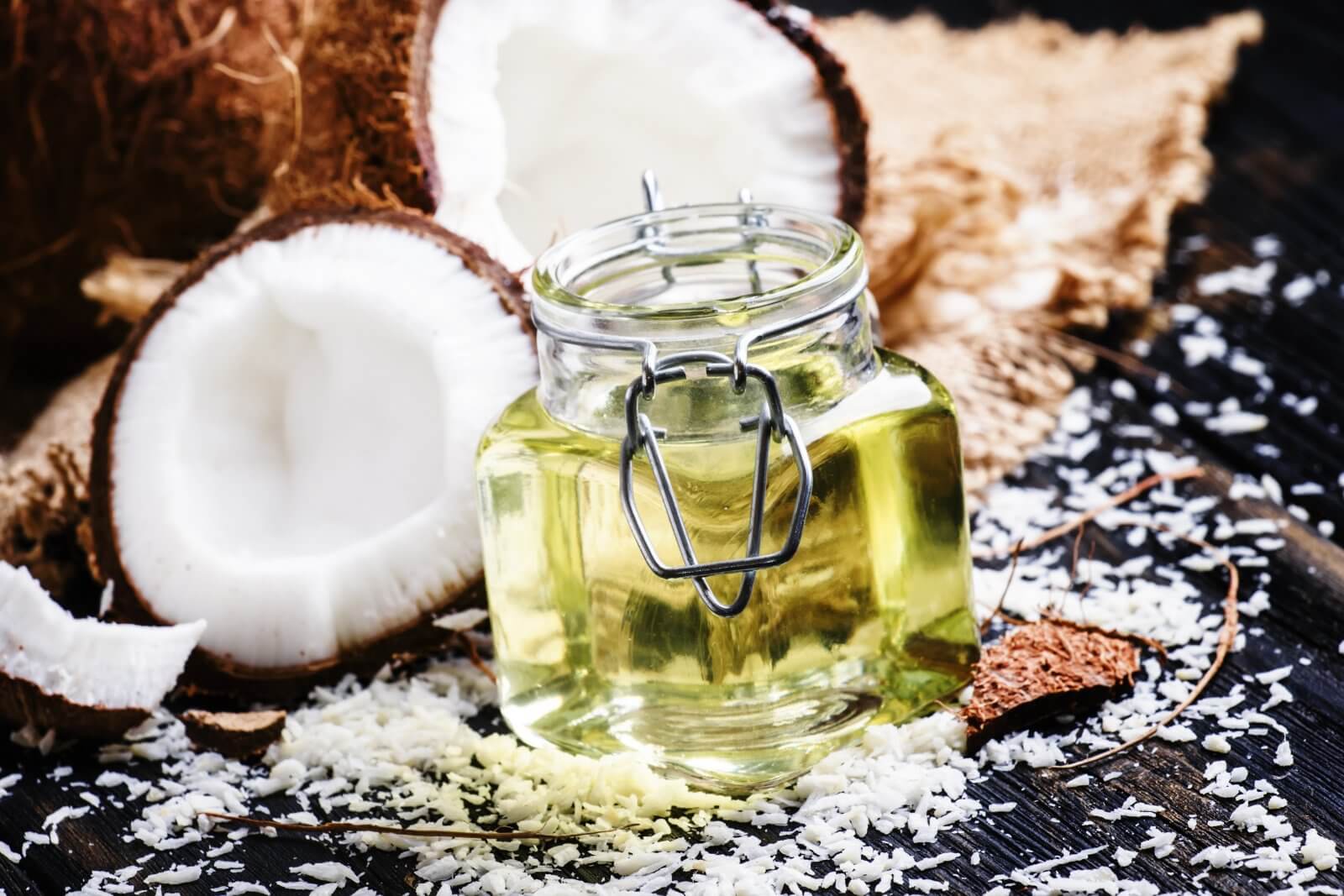 Jeff Novick serves as vice president of health promotion for EHE International and lectures at the McDougall Program. For almost a decade, Novick served as the director of nutrition at the Pritikin Center in Aventura, Florida, and as vice president of the board of directors for the National Health Association. Novick’s Fast Food DVD series demonstrates how anyone can create healthy, low-cost, delicious and easy meals in under 10 minutes. Find him on Facebook and LinkedIn.