Meet and learn from Rip and Scott at the 5th Annual Plant-Stock this summer!]

Scott Jurek has won the most prestigious ultramarathons in the world multiple times, including Badwater (a 135-mile grueling race from Death Valley to Mount Whitney), the Western States 100 (which he won seven consecutive times), and the Spartathlon (a 153-mile race between Sparta and Athens). In May of 2015, Jurek set the speed record for completing the Appalachian Trial (2,200 miles) in 46 days, 8 hours, and 7 minutes.

Rip: When you’re on mile 80 of a 100 mile run, what do you daydream about?
Scott: When I was on the Appalachian Trail, I fantasized about being at home and laying down on my couch.

Rip: You and your, wife Jenny, are obviously one heck of a team – who is the better cook? Who is better with directions?
Scott: She’s a great cook when she wants to but it’s not her passion so I have to say me. Considering that she navigated her way to every meeting point on the Appalachian Trail, she’s a master with sense of direction and navigation.

Rip: What’s your definition of a “manly” food?
Scott: Food has no gender!

Rip: If you opened a restaurant serving all your favorite foods, what would be at the top of the menu?
Scott: A tempeh dish with lacinato kale and potatoes. I grew up in a Polish household so potatoes are a must!

Rip: What song do you sing in your head when you’re running for 100 miles?
Scott: Usually I don’t get a choice—it’s whatever is in the subconscious. Sometimes that’s a good thing, sometimes that’s a bad thing.

Rip: Do you have any tricks to motivate yourself when you just don’t feel like running? Like on day 39 of your epic Appalachian Trail hike last year?!
Scott: For me, finding an intention or offering up the run to someone I know helps alleviate the discomfort when times get tough. I also use micro-goals (i.e. get to the next shady spot, get to the next road crossing) which make the big goal seem attainable. 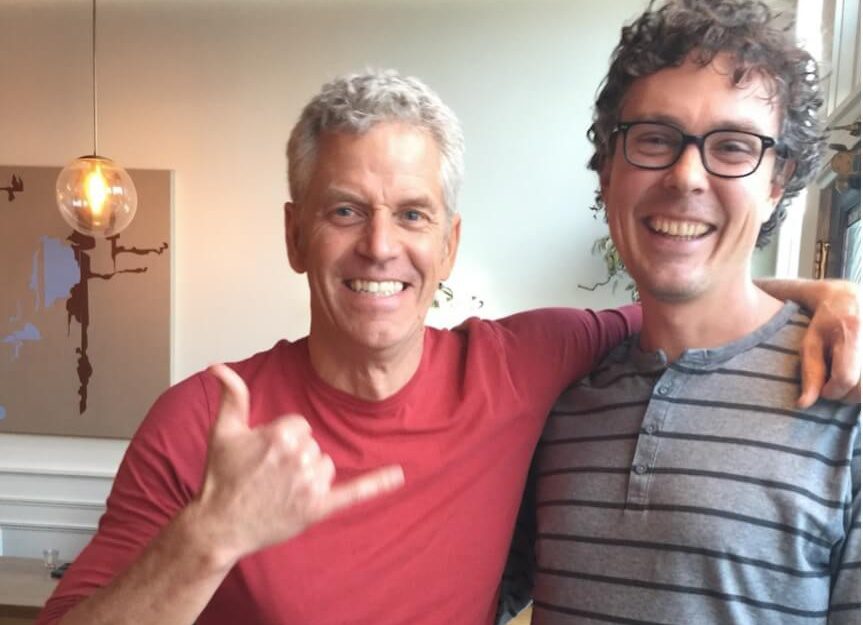 Rip Esselstyn, son of Caldwell Esselstyn, MD, was a firefighter in the Austin Fire Department when he discovered dangerously high cholesterol levels among his firefighter comrades. He led a stationwide revolution of dietary change that resulted in markedly better health, which he detailed in his bestselling book, The Engine 2 Diet. Visit PlantStrong.com and follow him on Instagram and Facebook for updates.