The pattern of provocations, proclamations, and click-bait innuendo related to saturated fat is fairly clear to anyone who reads past the headlines. It’s entirely clear to anyone who actually reads the studies that are blithely cited, and routinely misrepresented, in a show of pseudo-erudition (look at me; I can cite a scientific paper!). Just about every missive inviting you to eat more bacon-cheeseburgers and pepperoni pizza or douse yourself with butter is a bait-and-switch, and those that are otherwise are simply wrong.

What do I mean? Here’s a short list of the bait that draws you in and the inevitably divergent truth reserved for the fine print.

Sugar Is the Problem Now, So Saturated Fat Is Not

I have seen innumerable commentaries propounding this position in all manner of media, yet only a vanishingly small fraction of them even hint at familiarity with the underlying scientific evidence. The mainstay, in this post-truth age of alternative facts, is predictable: citing blogs, blogs, and more blogs in a sequence of those blind to the literature they claim to be invoking being led by those comparably blind to it but ideologically aligned.

While there are many articles that pertain here, including some that have been massively misinterpreted and some subjected to revisionist history—the two most often invoked are meta-analyses from 2010 and 2014. Leaving aside the details that are grist for different mills on different days, what both papers showed is that rates of heart disease were just about identical at the lower and higher end of the saturated fat intake ranges assessed.

This topic has perhaps been whipped to death already, but the simple truth remains elusive. Isolating any specific harms to health over time of butter, per se, is all but impossible for rather obvious reasons: Few diets that are high enough in butter to affect health adversely are “good” in other ways, and few diets that are generally “good” are high enough in butter for it to be very harmful, so whether butter is harmful in and of itself cannot be clearly determined. In some ways, looking for the harms of just butter, or any one food for that matter, is like attempting to indict the culpable snowflake in a deadly avalanche. Every individual snowflake is innocent; but together, they did it!

Diet is the same; it’s the overall dietary pattern that matters. The danger in messages about isolated foods, or nutrients, is that they readily become misleading tales that wag the popular dogma. Saying that “butter is back” implies that eating butter is actually good for health, which further implies that the kinds of diets prone to be high in butter are “good” for health. But the relevant literature shows nothing of the sort.

There is no evidence that butter is beneficial to health. There is some evidence that butter, per se, may increase the risk for some chronic diseases but not others. Contrast this with olive oil, for instance, where there is compelling evidence of actual benefit! So, while we get headlines like “butter is back,” what they actually mean is: butter, by itself, may confer only some of the harms formerly associated with it. That’s right up there with: guilty of negligent homicide, but not first-degree murder. Cue the confetti!

So, fine: Butter is back relative to stick margarine made with trans fat, which one must be living under a rock not to know. Relative to anything actually known to be good for us … not so much.

Claims about dairy fat, like those about butter, beg the oft-neglected question: compared to what? There is evidence in the context of the prevailing American diet, where go-to beverages include Coke, Pepsi, and psychedelic sports drinks incubated in chemistry experiments—that there may be satiety (i.e., appetite control) benefits of full-fat dairy. That makes sense. But is there any evidence that full-fat dairy produces better health outcomes in the context of decent dietary patterns where foods are wholesome and filling and water is the default response to thirst? None that I can find.

The best dairy for those who consume dairy is unresolved once context is considered. But in case you care, here’s my take: We certainly don’t yet know if dairy fat is “good” for us. Rather, we have hints that it may be less harmful than we thought and clearer hints that regular milk is a better choice for the average kid than Coca-Cola. But we have perfectly clear evidence that the fat in nuts, seeds, olives, and avocado is actually good for us. So I get mine there, preferentially.

To be blunt, the “low fat” rubric doesn’t interest me much. The world’s best diets range from very low fat, to very high; it’s a poor discriminator. That said, “low fat” has commonly served as a convenient flag for plant-predominant and plant-exclusive diets that are, in fact, low in total fat either by design or by the macronutrient happenstance issuing from food choice. Vegetables, fruits, whole grains, beans, and lentils are very low in fat, so diets in which these predominate are apt to be as well.

Almost every study claiming to show the failings of low-fat diets is itself an egregious failure when viewed objectively. As a matter of routine, diets are called “low” fat but are nothing of the sort, and while such diets are “lower” in fat, they may not otherwise be designed to be good diets. In other words, the “low fat” comparison diets are routinely straw men, designed from the outset to go up in smoke. A long-term, randomized comparison of an optimal, plant-exclusive diet that happens to be very low in total fat to an optimal Mediterranean diet quite high in total fat would be extremely interesting, but to date, no such trial has been run. The evidence we do have, from observational epidemiology and the fates of whole populations over generations, indicates that wholesome foods, mostly plants, in sensible combinations produce comparably enviable outcomes whether low in total fat, high in total fat, or in between. Admittedly—that makes for lousy click-bait.

Saturated Fat Is Not the Cause of Heart Disease

There is no single cause of heart disease, of course. The criteria for indictment as “the” cause are rather different from those for “a” cause. Beware conflation of the two.

What do we know? All of the diets most decisively associated with the health outcomes that matter most—longevity and vitality, not just a quick fix, but a lasting solution—are low in saturated fat. That doesn’t prove a diet high in saturated fat can’t produce such outcomes, but it does prove that those who are peddling such diets to you in the absence of evidence are blithely gambling with your life.

We also know that every food decisively associated with reduced risk of heart disease, chronic disease in general, and premature death from all causes—in other words, every food associated with actual benefit—happens to be low in saturated fat (and, of course, in refined carbohydrates and added sugar; as noted, there isn’t just one cause, dietary or otherwise, of bad health outcomes). Maybe this is just a coincidence—but do you want to bet the life of someone you love on that?

So, sure, maybe saturated fat is truly innocent and just happens to be turning up in all the wrong foods and diets coincidentally. If you choose to take that leap of faith, happy landings.

There are many more variations on this theme, but these suffice to show the basic pattern. Those with something to sell—a book, a film, a reputation, or perhaps bacon and burgers—lure you in with enticing bait.

Why should you care? Because diet is now the leading cause of premature death and chronic disease in the United States and in all parts of the modern world where everyone isn’t still smoking. (Where they are, then tobacco tends to be the No. 1 cause of early death, a dubious distinction if ever there was one.) Because optimal diets—any variant on the theme of wholesome, whole, mostly plant foods in sensible and time-honored combinations—are associated with longevity, vitality, and the avoidance of all chronic diseases. Because what each of us eats profoundly impacts the state and course of our health, and what all of us eat profoundly impacts the fate of the planet.

Why should you care? Quite simply: because you are the fish in this scenario, and you know what happens to them when they take the bait. 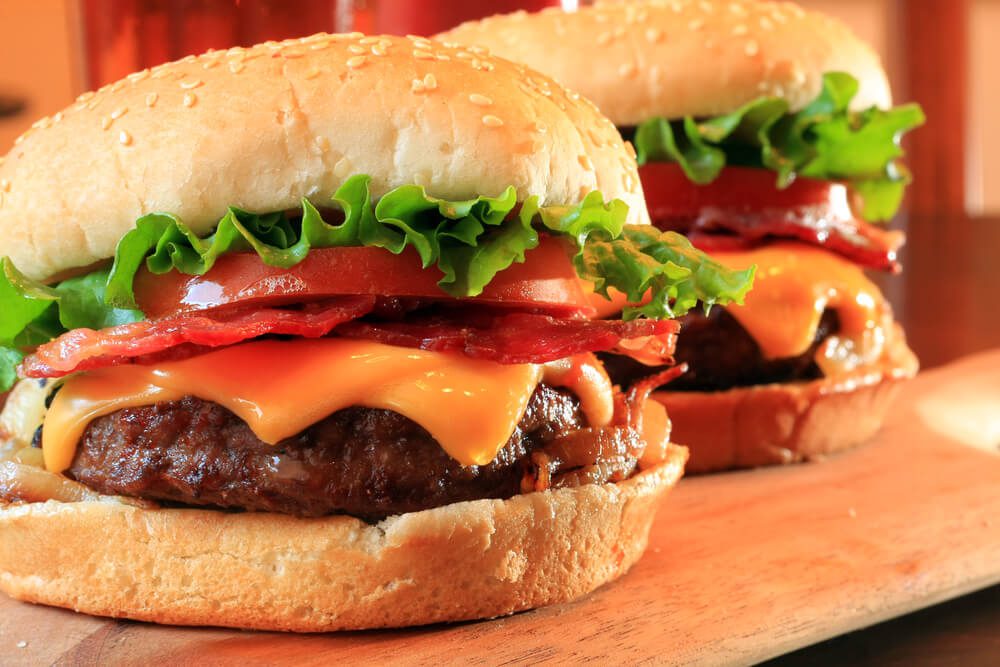 Dr. David L. Katz is the founding director (1998) of Yale University’s Yale-Griffin Prevention Research Center, former president of the American College of Lifestyle Medicine, and the founder/director of the True Health Initiative. Katz earned his bachelor’s degree from Dartmouth College; his doctor of medicine from the Albert Einstein College of Medicine (1988); and his master’s in public health from the Yale University School of Public Health (1993). He is recognized globally for expertise in nutrition, weight management, and the prevention of chronic disease, and has a social media following of well over 750,000. You can read his articles at HuffPost, U.S. News & World Report, Verywell, and Forbes. Find him on Facebook and Twitter.