Become a Plant-Based Home Chef in 90 Days Early-Bird Special! Get 25% Off Through June 7 SIGN UP NOW
Photo by Institute of Culinary Education

Two of the biggest culinary schools in the United States—the Institute of Culinary Education and the Culinary Institute of America—are making waves as they place new focus on plant-based cooking.

In January, the Institute of Culinary Education (ICE) announced it would be joining forces with the Natural Gourmet Institute (NGI), the first plant-based cooking school to be nationally accredited in the U.S., to offer a new degree in Health-Supportive Culinary Arts. And this May, the Culinary Institute of America will organize The Global Plant-Forward Culinary Summit, a strategic leadership conference for established food professionals in Napa, California.

Health-Supportive Culinary Arts Program at the Institute of Culinary Education’s Natural Gourmet Center
The first students enrolled in ICE’s new Health-Supportive Culinary Arts program started classes this month in New York City. The program launched in January, when ICE announced it had licensed NGI’s health-supportive, plant-based curriculum to offer an accredited culinary diploma at the newly formed Natural Gourmet Center. “Licensing NGI’s curriculum and working with their faculty not only enhances what we do at ICE; it also brings a great cultural aspect to the program. With ICE’s facilities and technical expertise in the culinary arts combined with NGI’s ethos and plant-forward approach to food, it’s a great marriage,” explains Richard Simpson, ICE’s vice president of education.

The program will be offered exclusively at both ICE’s New York and Los Angeles campuses (the West Coast launch is slated for April), and many of NGI’s former faculty members will bring decades of plant-based cooking experience to the new center. “The time is right, the place is right, and the instructors are ready,” says chef-instructor Richard LaMarita. “The NGI program will most certainly blossom and come into its own at ICE while reaching more students.”

The summit is just one of the ways the school is spreading the word about plant-forward cuisine. “The CIA will be introducing a three-tiered professional development certification in plant-forward culinary arts and anticipates adding plant-forward curriculum to its undergraduate programs in the future,” says McBride. “Plant-forward is much more than a trend—it’s an industry imperative.” 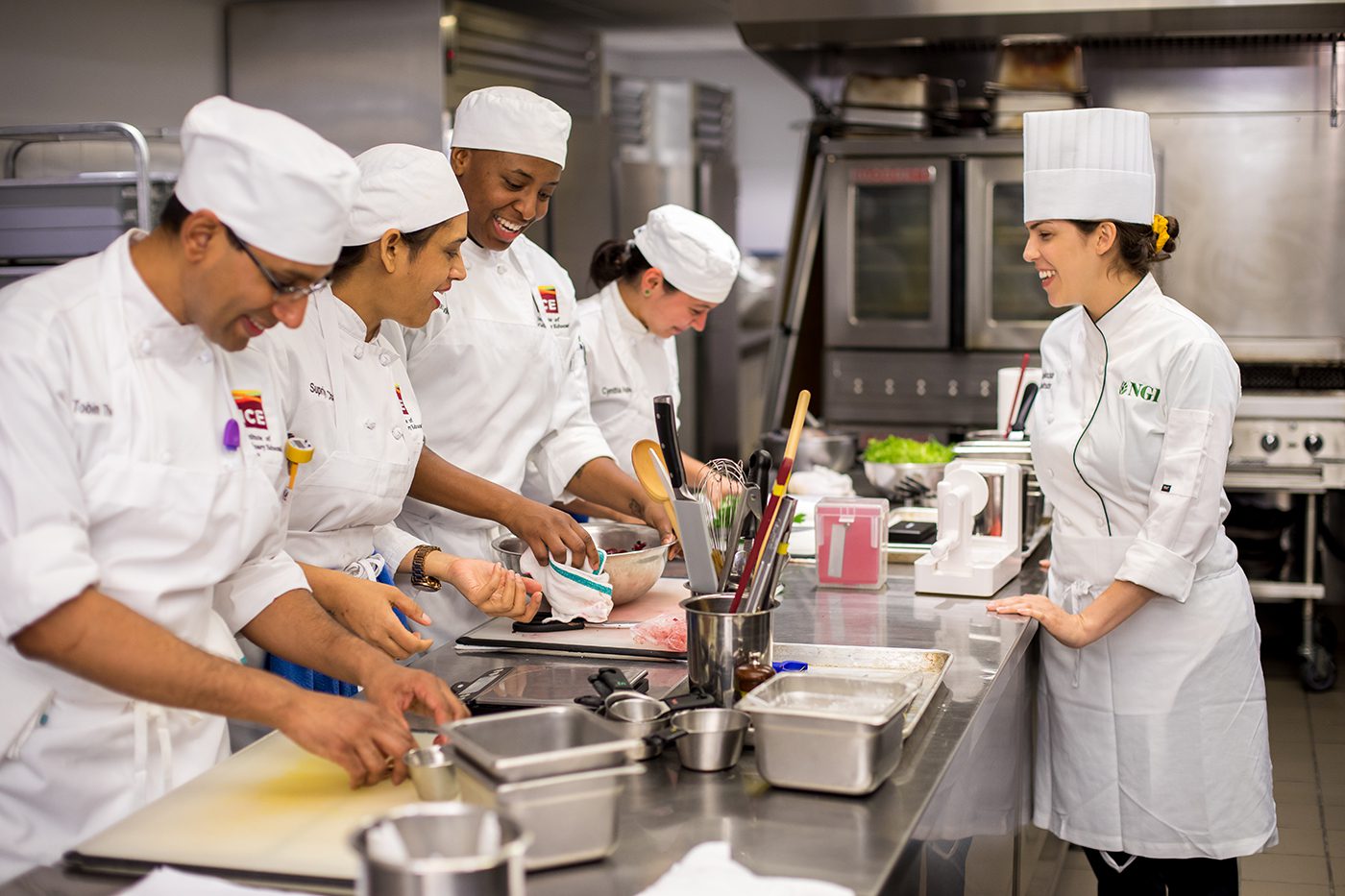