On March 16, 2015, during the hours following the McDougall Advanced Study Weekend I developed a viral infection that affected my inner ears. I totally lost my hearing, my balance was disturbed, and I became very weak. At about midnight I walked to the bathroom, lost all control of my muscles, fell down to the floor onto my buttocks, and was unconsciousness for a few minutes. I woke with severe pain. With Mary’s help I managed to return to bed. She wanted to call an ambulance, but I refused. I knew what could happen. I would be taken to the hospital, x-rayed, and found to have fractures of my lower vertebrae, pelvis, and a spiral fracture of my left femur (I knew this by the way I felt). Treatments of my fractures, including surgery may have been planned. But that was a minor concern of mine. I was afraid of what else might happen to me once under medical care.

In my nearly defenseless condition, they would have wanted to know the condition of my heart before anything else would be done. This decision for them would be easy to justify: after all, I was an elderly male (67) and I had a past history of serious atherosclerosis, having suffered a major stroke at age 18. I have no doubt that there are old blockages (scars) in my arteries that developed as a young man eating the Western diet (my highest cholesterol had once been 338 mg/dL). Twenty years ago I had a CT heart scan (performed out of curiosity) showing significant amounts of calcification in my coronary arteries demonstrating that I had atherosclerotic plaque disease. These blockages were, however, old fibrous scars. Since I changed my diet at age 27 my cholesterol has dropped to below 150 mg/dL and I am confident that no new disease has formed. But the scars (with calcium in them) remain for a lifetime.

The plaques found on my heart scan are healed, stable, non-lethal, and of no risk to me—unless they were to be discovered and treated by a cardiologist or a bypass surgeon. If I would have gone to the hospital after my fall in March of 2015, I would have been facing the standard practice of prophylactic revascularization: angioplasties with stents placed before any other treatment to my bones would be provided. Remember, I refused to go to the hospital so I avoided this common scenario. I healed at home.

Before continuing, I would like to tell you my outcome. My hearing has completely returned to normal and my balance is pretty good. It took about three months for my fractures to heal and after six months I was almost pain free. I can say I am back to 100% a year after this near tragedy. But, how do I protect myself in the future from unnecessary investigations of my heart if I have an accident that leaves me unable to defend myself?  Have a tattoo written on my chest?

Prophylactic Revascularization Has Long Been Known to Be Unnecessary

One of my friends was not as fortunate as me. At age 90, fully active, traveling around the world and working everyday, he was found to have colon cancer in April of 2015. I recommended he have conservative surgical treatment. His physicians requested that his heart arteries be studied before the cancer surgery. During his prophylactic revascularization two stents were placed, he suffered two heart attacks, and four cardiac arrests. He survived but has spent the past year in a convalescence home. He has made recovery, but my guess is he will never be the same. In retrospect all would agree that prophylactic revascularization should not have been done and conservative surgery (even as simple as a diversion colostomy) would have avoided much unnecessary suffering. (Hindsight is wonderful, but his physicians knew better at the time.)

Logically, it seems like the right thing to do, to open any blocked arteries before a required surgery, such as hip replacement or a cancer removal, is performed. Cardiovascular complications are the leading cause of death following non-cardiac operations. Prophylactic revascularization has been promoted as a potential solution. However, in 2004 The Coronary Artery Revascularization Prophylaxis (CARP) trial showed no benefit from this strategy. A study published in the March 2016 issue of JAMA Internal Medicine of 194,444 patients undergoing non-cardiac procedures found that half of them with evidence of commonly present, obstructive disease had received a recommendation to have this useless, costly, and harmful heart surgery performed before their necessary surgery. The majority of people have these chronic blockages. Therefore, if the cardiologist looks into your heart then you will likely be found to be in need of their services. 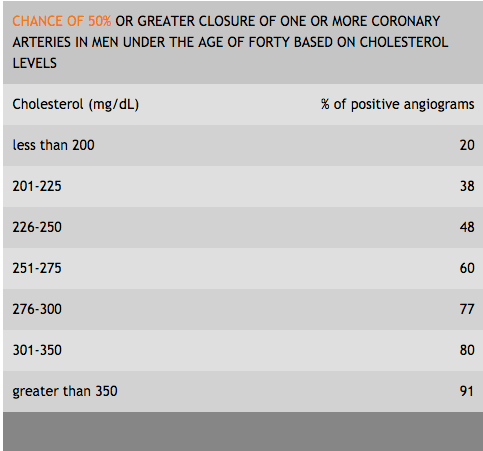 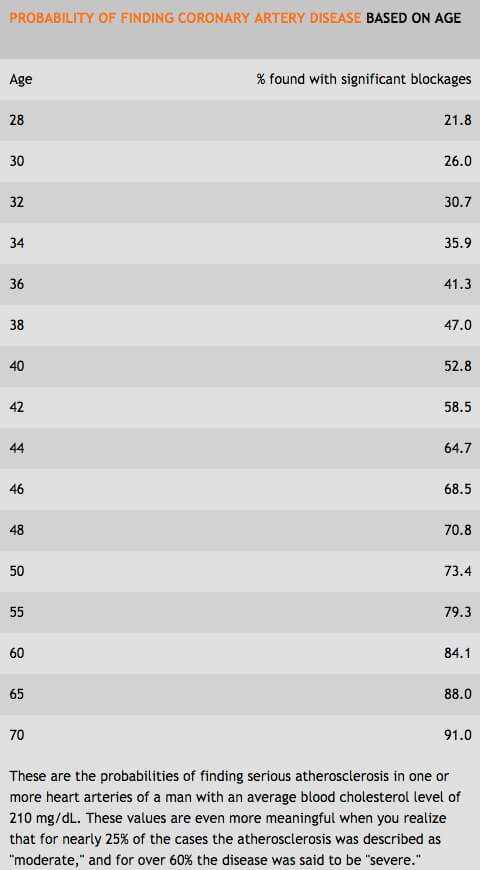 Heart Surgery Does Not Save Lives for Chronic Coronary Artery Disease

As a physician well studied in the cause and treatment of coronary artery disease, I can defend myself, my family, and many of my patients, from most unnecessary medical treatments (if I am fully conscious). However, most people are unaware of the real benefits and harms of common treatments, and are at the mercy of their doctors. According to a letter in the 1992 issue of the Annals of Internal Medicine titled, Money, Fun, and Angioplasty “…the combination of three factors, never so closely associated before in the history of medicine, has been synergistic in promoting coronary angioplasty: It is very lucrative; patients are mostly self-referred; and it is fun to perform.” This procedure was introduced in 1979 and now more than 800,000 angioplasty procedures are performed annually in the U.S. Angioplasty is an artery-clearing procedure usually involving the placement of a stent, a metal mesh tube used to prop open a diseased section of a heart artery.

Angioplasty can be lifesaving if done within minutes of a heart attack. At this stage, this condition is called “acute coronary artery disease.” The event is a result of the rupture of a volatile plaque inside an artery wall, similar to a pimple rupturing on a teenager’s face. In the process of healing the rupture, a blood clot forms, causing a partial or complete blockage of the flow of blood to the heart muscle. If the blockage is large enough then the heart muscle lying distal dies. The goal of angioplasty is to open the blood clot within 90 minutes of the onset of chest pain. Unfortunately, if the procedure is attempted after six hours, it is too late; the heart muscle is dead and no survival benefits are found with surgery.

After the rupture of a volatile plaque and the formation of a blood clot, the healing continues with the conversion of the affected area into scar tissue over the next several weeks. This process of plaque rupture, clot formation and, finally, a scar, occurs many times in many places throughout the 44,000 miles of arteries in the human body. Eventually multilayer scars may result in a closure of an artery by 50%, 70%, 90%, or 100%. These multilayer scars are the blockages that are seen on an angiogram or CT heart scan in chronic coronary artery disease. They should be considered history!

Only after obstructing 70% or more of the lumen of the artery do these blockages produce symptoms such as chest pain (angina). Most angioplasties, as well as coronary artery bypass grafting (CABG), are performed on patients with chronic coronary artery disease. You must understand that these surgeries are directed at hard, fibrous, stable, non-lethal scars, medically referred to as “blockages” or “plaques,” in order to understand why these treatments do not save lives. To repeat for emphasis, these blockages, seen as shadows on an angiogram, are non-lethal scars: old healed disease. The killing part of the disease is the initial rupture of a volatile plaque and the clot that quickly forms, days to decades before their discovery by the cardiologist. 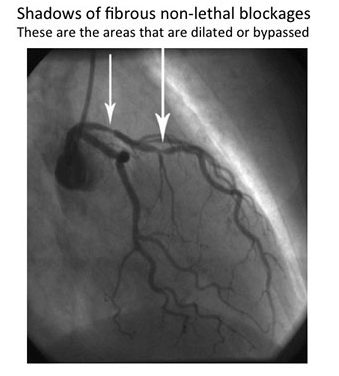 Studies consistently demonstrate, beyond any informed person’s doubt, that angioplasty offers no benefit in terms of reducing death or other cardiovascular events over optimal medical therapy in the setting of chronic coronary artery disease. This knowledge is universally accepted in the medical business. Research showing the failure of angioplasty to save lives has been extended to15 years after treatment. Even successfully treating completely blocked coronary arteries does not save lives.

Following these consistent research findings of the failure of angioplasty to save lives, cardiologists were advised in 2007 by the American College of Cardiology and the American Heart Association to change their practice behaviors. In 2011 studies published in the Archives of Internal Medicine and the Journal of the American medical Association, however, showed that cardiologists were still doing business as usual, with no reduction in unnecessary angioplasties. In an editorial accompanying the Archives of Internal Medicine article, an expert wrote about these ghastly findings: “In addition, in a fee-for-service health system and in an environment in which more and more physicians are being compensated on the basis of relative value unit productivity, it remains to be determined whether personal financial gain might play a role in continuing old practices and in performing procedures shown to be of no benefit.”

Your goal is to keep yourself and your loved ones away from the medical businesses. However, sometimes that is not possible (for example, following a serious accident). Services provided by the medical businesses could also be life-saving in other acute events, such as an angioplasty performed within 90 minutes of a heart attack. However most medical problems are due to chronic illnesses caused by the way we eat and our bad habits. It’s the Food! Fix that which is fixable and avoid future tragedy.