(Editor’s Note: Tim Shieff is a two-time world champion freerunner who goes by the name Livewire in competition. He has appeared on American and UK Ninja Warrior and MTV’s Ultimate Parkour Challenge, and is known for his animal rights and environmental activism.)

I first went plant-based in October of 2012. I was in Bucharest [Romania] shooting a commercial for Coca Cola and got into a conversation with a vegetarian friend. I told him I’d go vegetarian for a week, and then I tweeted about it. Someone sent me a link to a video by Gary Yourofsky after seeing the tweet. I happened to click and watch it (I don’t always tend to the many messages, videos, and links sent to me every day) … and it changed my life! I had already done some introspection, including reflecting on where my beliefs came from, so I was able to really understand and take in his message. Not one to do things by halves, I committed at that point to becoming 100% vegan.

My previous diet wasn’t the best, but it wasn’t the worst. I’m a professional athlete, so I knew not to eat burgers and chocolate at every meal, but I did eat animal flesh a couple times a day and chocolate every day. Diet is a tough thing to change; it’s really ingrained. But realizing that someone else was harmed by my choice made the change a lot easier. If I learned that every time I had a hot shower someone would be electrocuted, then I would take cold showers.

Within three days of going plant-based, I felt a positive difference. With all the running, jumping, and climbing that I do as a parkour athlete, the right strength to weight ratio is important. Going vegan put me at my optimum weight (I lost weight but not strength), so now my ratio is better. Going vegan also eliminated the knee aches I used to have in the winter. Plus, my recovery time improved, and I have less fatigue. I feel spiritually cleaner, as well. I would always say I was against animal cruelty, but I didn’t fully realize that my actions weren’t in line with my beliefs. I would feel guilty if I stepped on a snail on the pavement, but then I’d go inside and make a ham sandwich. There was a real disconnect. Now I feel aligned in my beliefs, and it feels really good and true.

I still eat a lot of the same foods, like burgers and pastas, but now they’re vegan. I travel a lot, so I use the HappyCow app to find good places wherever I go. I love eating seasonal fruit, and often eat “raw till 4” (only uncooked food until 4 p.m.). Some of my other staples are sweet potatoes, hummus, and ethnic foods like Thai and Ethiopian. I am based in London, where there are lots of great vegan options, and the scene is constantly growing. 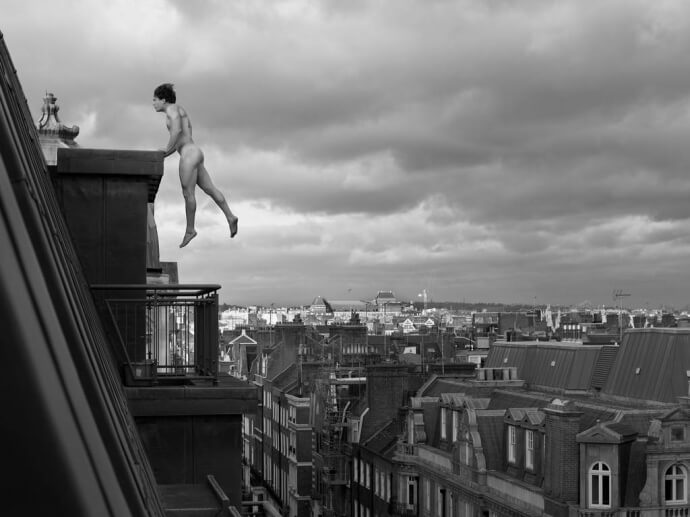 If you’re not the absolute best athlete in your sport, then there’s always room for improvement. For me, changing my diet made me a far better athlete than ever before. So if you too like to perform at a high level, I suggest you take a chance and try the whole-food vegan diet for 30 days. Once you experience it, you’ll probably do it for the rest of your life … it feels that good! 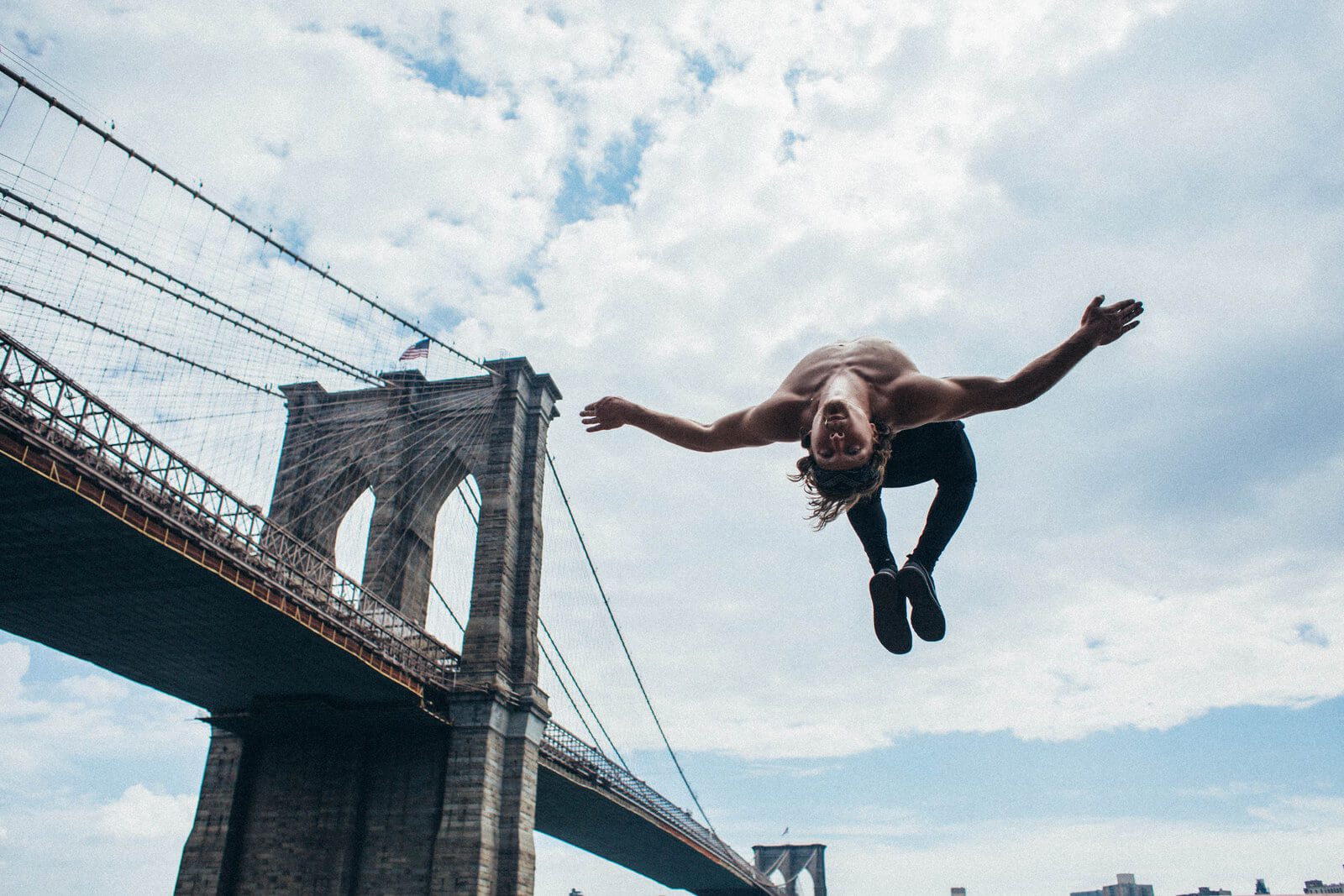 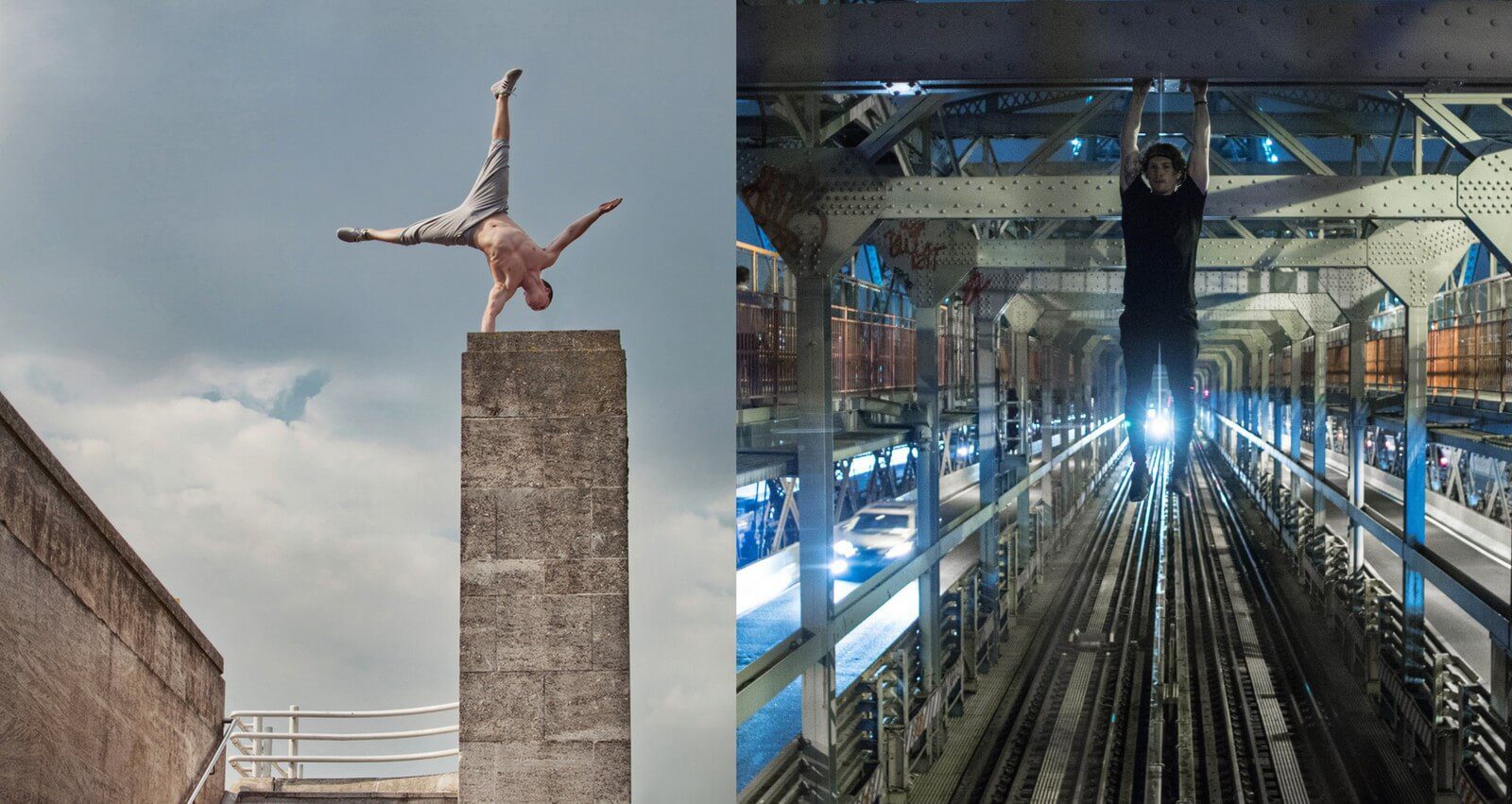 Tim Shieff is a parkour athlete, philosopher, and vegan. He is a two-time world freerunning champion, a founding member of Storm Freerun, and an outspoken animal rights activist. He also helped lead Team Europe to victory on American Ninja Warrior. Find him on Instagram and Facebook.