From Sick, Disabled, and on Multiple Meds to Thriving on a Plant-Based Diet

When I was 38 years old, my doctor told me that I was on my way to an early death. He also threatened to hospitalize me if I didn’t make an effort to improve my health. I walked out of the doctor’s office in defeat, but I knew he wasn’t exaggerating. My cholesterol and triglycerides were off the charts (literally). My blood pressure was 255/115. I weighed almost 400 pounds, but didn’t know the exact number because my doctor’s scale didn’t go that high. I was on many prescription medications and struggled with addictions of all kinds.

I was born with a genetic disorder called Elhers Danlos Syndrome which affects the joints, and the excess weight was too much for my already-destroyed joints to handle. I had to use crutches and canes and had leg braces to keep my legs from buckling. I had trouble getting out of chairs, walking, and driving. The more I hurt, the more I medicated, and the more I medicated, the more I hurt. It was a vicious cycle that sucked all the joy out of life. I was committing a slow, drawn-out suicide.

When I got the depressing news that I was incredibly sick and getting sicker, I was also going through a particularly stressful time in my life. My father and my mother-in-law (my wife’s mother) were very ill with aggressive cancers, and my wife and I were having a hard time watching them suffer. When I went home that day, I looked at the pain already in my wife’s eyes and realized that she would soon have to deal with more pain as a result of my choices and my inability to care for myself. Although I didn’t care much for myself at that point, I decided that I needed to try for her.

After some research and phone calls, I decided to get a gastric sleeve. I made the appointments and scheduled the pre-op tests, but I needed clearance from my primary care doctor. I thought this was just a formality. However, when my wife and I sat down with my doctor, he told me he would not sign off on the surgery for me. He told me that although he’d never before denied a patient’s request for this procedure, he didn’t think I was healthy enough for the surgery. He also thought my joints might become worse because of it. To put it mildly, I was enraged.

I went home furious. I felt like my last hope had been destroyed. I don’t know what came over me or how I even had it in me, but that night, I grabbed a notebook. On the first page, I wrote down the next day’s date and the words: THIS IS THE FIRST DAY OF THE REST OF YOUR LIFE. Underneath that, I wrote: GET UP FROM CHAIR 2x. Then I got on my knees and prayed to God for strength. I wasn’t asking for a miracle, just for enough strength to change one small thing a day. This was in August of 2011.

Starting a New Chapter in My Life

The next day, I started my new life. And every day after that, I added one small change. Sometimes it was just to walk up four extra stairs, but it was always a little more than I had done before. I also started logging what I ate and slowly improved my diet. Small changes, many hours of research, and watching documentaries like Forks Over Knives, Engine 2 Kitchen Rescue, Vegucated, and Fat, Sick, and Nearly Dead gave me a new perspective on food.

I started eating a plant-based diet with vegetables, potatoes, whole grains, and fruit as my main fuel. I also started moving more. My first walk was three-quarters of a mile and not easy. But I kept walking. I even started to have fun! I started to bike. Then I bought a kayak. I started walking up hills. Hills turned to mountains.

Once I started moving, I didn’t want to stop. Since then, I’ve hiked on the Appalachian Trail, cycled 100-mile road races, and ran 5K, 10K, and half-marathon races! Next month, I am running a full marathon. The best part of all this is that my wife, who was my original inspiration, also changed her lifestyle and habits. We’re having so much fun together and are enjoying life now—we’re like two kids!

People always want to know how much weight I’ve lost. I’ve lost a ton—close to 200 pounds. I’ve also lost high blood pressure, high cholesterol, high blood sugar, crutches, and many prescription medications. I’ve gained long walks in the park with my wife, fun with my kids, adventurous travels with my family, and just a whole new outlook on life. Sometimes I don’t even want to go to sleep because I don’t want to miss anything!

Lastly, I want to say thank you to Forks Over Knives for getting the message out there. I first saw the documentary on Netflix and it had a huge impact on my eating habits and my family’s as well. From the bottom of my heart, thank you. There is no doubt in my mind that my family would have already buried me if I hadn’t switched to a plant-based diet. 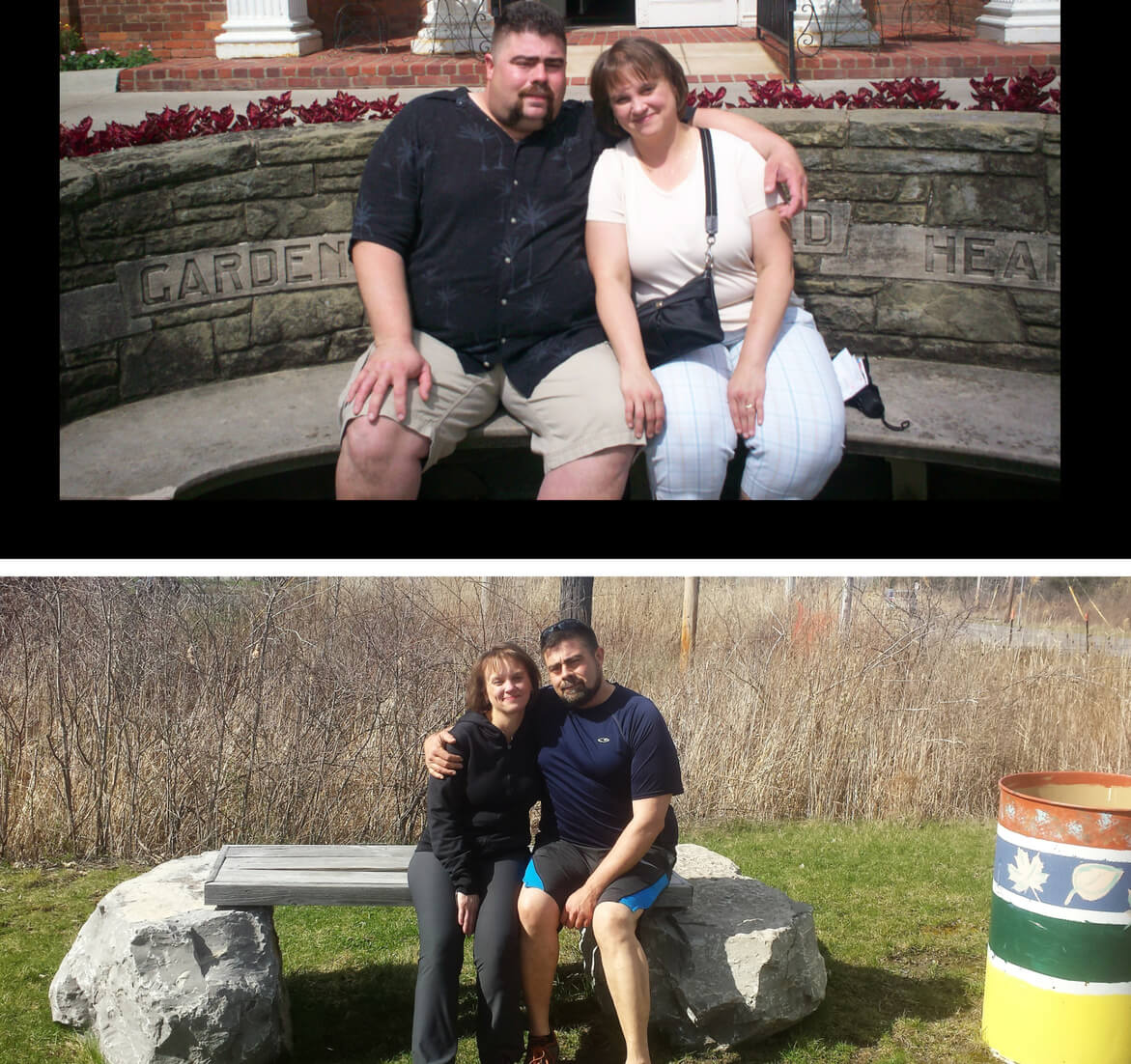 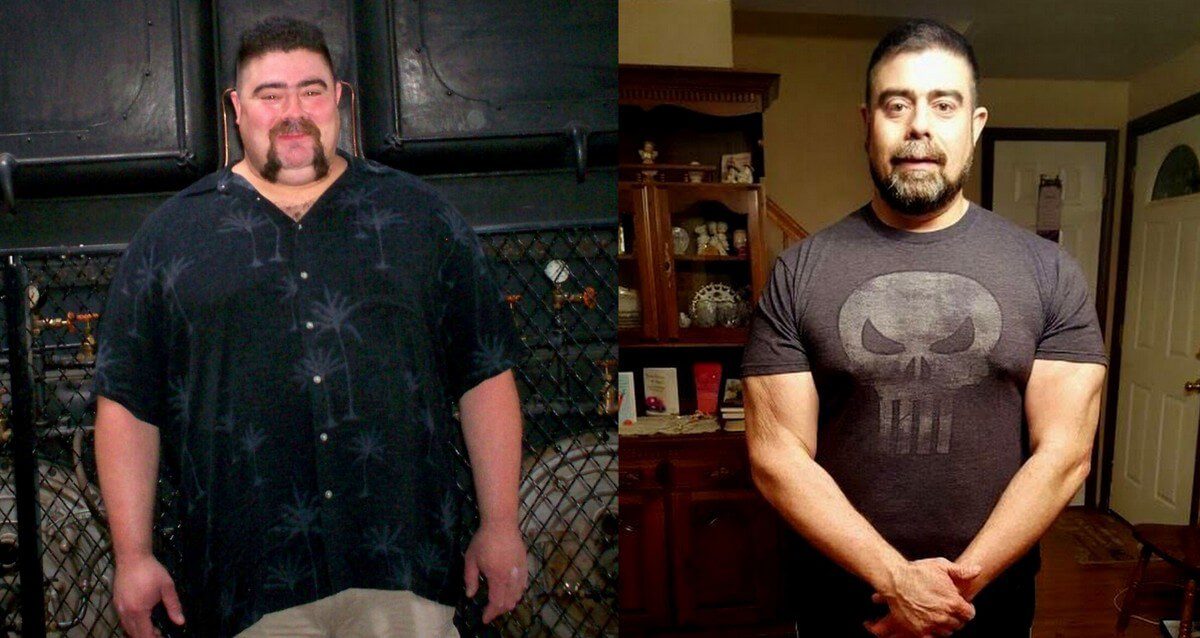