When I was little, I used to think that I didn’t bleed. I never got injured and rarely got cut. I think we have a concept when we are young that we are invincible. I carried that feeling of invincibility into my 30s. I was a powerhouse. I worked hard, long hours and then came home and crashed just to do it again the next day.

It is a tricky thing being a career woman, though. We spend our life striving to reach the top, but then it often coincides with the time we want to have children. I had three children in five years. I poured the same intensity from my medical training and practice into my children. I nursed them all. I made fresh meals daily, baked their birthday cupcakes, and knit their Halloween costumes. I was exhausted. It was a hard life, but I felt that it was the cross I had to bear in order to have it all.

But after my third child, life changed. I recall the time so vividly. I went back to work eight weeks after the baby came. I remember the utter exhaustion of sleeping three hours, going to work, then running home to nurse, cook meals, and start again. Every night, my husband would drag me out of one of children’s bedrooms so I could fall asleep in my own bed, until the next cry woke me up. I was haggard, but felt I had to sacrifice.

From Having It All to Having a Big Fall

One morning, a couple of months later, I woke to the baby’s cry and couldn’t move my right shoulder. It was red and hot, but I ignored it, figuring it was from a trauma I couldn’t remember. Three days later, the fourth finger on my left hand was red and hot. I started having trouble buttoning the kids’ clothes. A day later, I felt like I had glass going through my feet. I started taking the elevator at work to ease the intense pain in my joints.

Then the baby cried. I moved to run up the stairs to get her before the other children woke with the noise. But I couldn’t. I couldn’t run. Every bone in my body burned. I couldn’t run up the stairs. So I crawled. I can still taste the salt from the tears I shed as I crawled up the stairs. I remember getting to her crib but not being able to get her out. It was then, as I lay on the floor crying, and when my husband had to pick up the baby to give her to me, that I realized I was in real trouble.

The Doctor Becomes the Patient

Two weeks later, I was diagnosed with severe rheumatoid arthritis. My rheumatologist looked at my inflammatory markers and told me I needed to get on advanced therapy immediately. After that first meeting, I was fairly confident that I would no longer be able to practice cardiology. All the harrowing pictures from medical school of advanced RA came flooding back.

The baby was now 5 months old, and I was nursing. My rheumatologist told me to stop nursing as soon as possible. He wanted me on drugs within a week. So I quit nursing. I cried every moment of those seven days. Every time I heard the baby cry, I had to walk away. My breasts were engorged and painful, but I could not feed her. I still want to cry as I write this because of the deep sorrow I felt at those moments. I felt like my choice had been taken away, that I had to give up something that was so dear to me. But as a patient, and as difficult as it seemed, I realized I had to trust my physicians.

It wasn’t easy. As I started losing my hair and the daily nausea from my RA medications became more severe, I grew more and more bitter and lost. I started to blame my daughter. I thought that if I hadn’t had a third child, none of this would have happened. After a few months on the medications, though, I started to feel better. I became more adjusted to the drugs and had fewer side effects. I had begun to cope with my disease, yet hadn’t let go of the anger.

One day, about six months into treatment, I met a woman who would soon become a dear friend. She was a holistic nutrition consultant and was interested in educating my patients about diet. I was skeptical, but she offered to do my nutrition profile. When I met her, I was already vegetarian, so I wondered how could I possibly be healthier? When the nutritionist recommended I eliminate dairy, I laughed and couldn’t understand why that would be important. She started telling me about inflammation and studies she had read. I have never been someone who does things gradually. I was all in almost from the moment I considered it. I thought, “What did I have to lose?” I had already lost control of my body by taking these medications and suffering their side effects. So I took the plunge. As I began the dairy elimination, I started reading and educating myself about dairy’s role in inflammation. It has been an educational journey ever since. 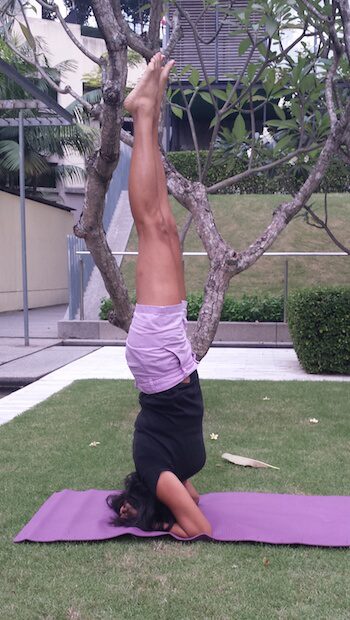 I started noticing changes to my body within weeks. I became leaner, more energized. I started getting stronger. I added yoga and meditation. Learning that tools like sleep, meditation, and a 100 percent plant-based diet could recharge my body without medications was an awesome discovery. After six months of being on a plant-based diet, I went to see my rheumatologist who noted that my inflammatory markers were nonexistent. My cholesterol was so low, he was sure I had started a statin!

I challenged my physician to lower my medications. He thought it was a bad idea because my illness was incurable, and he felt I should accept a lifetime of medications. I switched doctors that day and found someone who would work with me, with my changes. I started to wean off my meds over a one-year period. After two years of medication, I came off completely. I remember the day I threw away my last pill bottle—that hopeful nervousness coupled with the fear that I had made a terrible miscalculation. I wondered if I was falling into the abyss or if I would climb higher. Now I am proud to look at how far I have come. 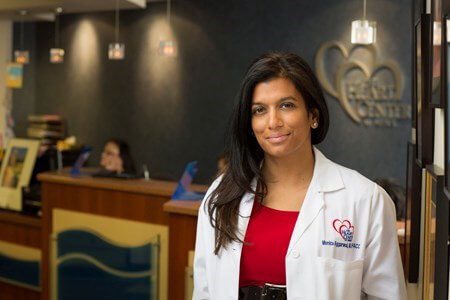 Coda: The Curious Upside of Sickness

After fearing that I wouldn’t be able to continue in medicine, I am now the director of cardiovascular nutrition at University of Florida in Gainesville, where I am building a wellness and prevention clinic to educate medical students and doctors about nutrition and to improve dietary options for cardiac patients in the hospital and beyond. I am also involved in research to understand the impact of diet on illness. As part of the American College of Cardiology, we are working on national standards in cardiovascular nutrition.

It took me years to admit that I have an illness. I always felt like if I said it out loud, people would think less of me as a physician, as a mother, and as a person. Now I realize that it is because I have an illness that I understand and connect with my patients better. It is not illness that defines us but, rather, how we respond to it that makes us who we are. A person like me who was so controlled and rigid falls hard when illness hits. I blamed my poor daughter for causing my illness. I was angry for a long time. But now I am the healthiest I have maybe ever been. My cholesterol is ridiculously low. My inflammatory markers are nonexistent, and I am entering my third year off of medications. I am strong. I run, I do yoga, and I take care of myself. 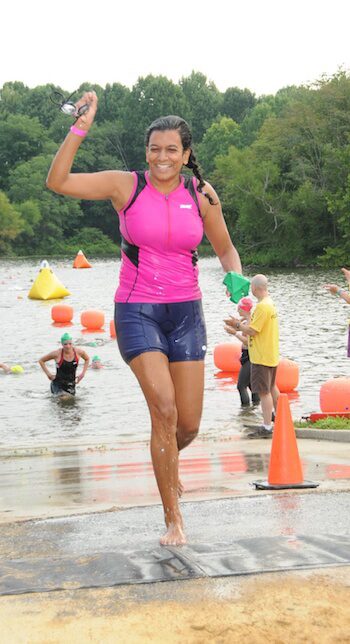 I have learned to laugh more and not to worry so much about being late or about climbing the ladder. I thank my body every day for what it can give me, and I forgive it for what it cannot. In some ways, the crazy thing is that getting sick was the best thing that could have happened to me. I have my little girl to thank for bringing me back from a world in which I was drowning. I realize now that my daughter didn’t make me sick, she saved me.

Dr. Monica Aggarwal is the co-author of Body on Fire: How Inflammation Triggers Chronic Illness and the Tools We Have to Fight It. Aggarwal is an associate professor of medicine in the University of Florida Division of Cardiovascular Medicine. Serving as the director of Integrative Cardiology and Prevention at the University of Florida, Aggarwal focuses on promoting food as the foundation of healing and for its medicinal value. Find her on Facebook and Twitter and at drmonicaaggarwal.com.