119 Pounds in 18 Months: My Plant-Based Journey

Kassoum Doumbia had been overweight since childhood—until life-changing news motivated him to adopt a plant-based diet.

Growing up, I played in so many sports with my father and siblings: soccer, tennis, swimming, basketball, you name it. But I always struggled with my weight, and I was teased a lot by classmates, cousins, and neighborhood kids.

After I moved to America, I doubled my weight by eating nothing but junk foods. I would start off the day with six doughnuts for breakfast. For lunch, it was always pizzas or burgers and fries. And Chinese food was my usual dinner.

Fast-forward a few years, and I was applying to work for Chicago Police Department. I had to pass a physical test, which consisted of running, doing sit-ups, and bench pressing. It also required me to step on a scale. When I did, I saw that I was 272 pounds. I was ashamed. I wondered how I’d let that happen.

A week later I went to visit my uncle in New York City. There my little 9-year-old cousin approached me. She said, “Why is your stomach fat?” I was so embarrassed. I told myself that that was the last straw. I needed to make a change.

When I got back from my trip to New York, my wife told me that we were expecting a child. I was extremely happy, just completely over the moon. Then I thought, This is a sign. I remembered being a kid and all the fun I had with my dad. I wanted to create those sorts of memories for my child. I wanted to be like my dad—to play sports with my kids and chase them around without running out of breath.

Purging the Pantry
I knew that giving up animal products was a way to lose weight and improve my health overall. At that point I had already cut meat out of my diet almost completely. (I’d never really liked the taste of meat, and watching documentaries about factory farms convinced me I didn’t want to support that.) But I was still eating dairy and eggs. The week after I found out we were expecting a child, I cleaned out the fridge and pantry and committed to going vegan. I went to Whole Foods and Trader Joe’s and restocked my kitchen.

After a few months eating vegan processed foods, the weight hadn’t really started to come off. Then my wife suggested that I cook my own foods, so I slowly transitioned to that and began cooking more whole-food, plant-based meals. In February 2014, I went 100 percent plant-based.

Growing into Plant-Based Life
The hardest part of transitioning to a whole-food, plant-based lifestyle was not eating the same foods as other family members. Being originally from West Africa, my family, especially my mother, thought that I was crazy for just eating “grass and seeds.” She understood more once I explained to her all the benefits of a plant-based diet. And it felt odd and detached, at first, to sit down at the dining room table with my wife while we ate different meals. But that became easier as we adjusted to our new routine and as I felt the positive effects on my health.

Within a year and a half, I dropped 119 pounds, and I have continued to maintain a healthy weight. I have run several marathons and half-marathons.

One of my go-to meals is spicy and savory oatmeal topped with curried chickpeas or braised cabbage. My favorite snack is seaweed. I enjoy making recipes from Forks Over Knives: The Plant-Based Way to Health. What has surprised me the most is discovering that a whole-food, plant-based diet is not at all boring, as many people might think. There are lots of vegetables, fruits, and legumes that the majority of people are afraid to try or don’t even know exist. I have loaned my Forks Over Knives book to countless people, and recently I have been giving WFPB meal plans to colleagues and friends. My wife wants me to go to school and study nutrition and diet to learn more and hopefully open a business in the future.

I am never going back to my old eating habits. I am more energetic than ever, happier, and grateful. I see myself doing this forever. 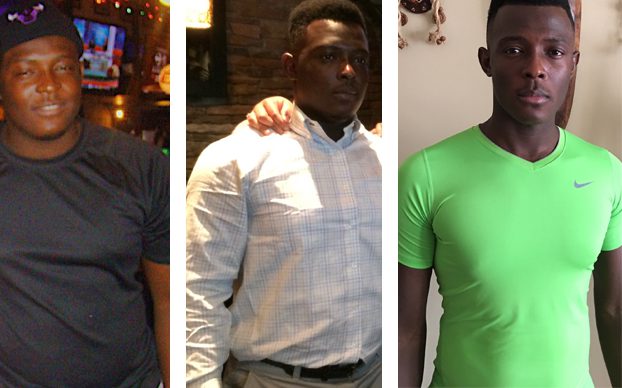