Recovering from Liver Disease on a Plant-Based Diet

In 2011 I found myself partying and drinking every day. It had started off as binge-drinking to boost my confidence. Then it became drinking to unwind and cope with stress. Before I knew it, I was alcohol-dependent and couldn’t function without it.

On the morning of August 12, 2012, I woke up feeling physically sick. I’d woken up feeling ill every day for over a year. But that morning when I threw up, there was blood. I remember my heart sinking. I knew then that something was seriously wrong. I fell back asleep. A couple hours later, I woke up and felt fine at first—then suddenly was violently sick again, and there was more blood than before.

My partner took me to hospital. I was rushed into a room with lots of medical staff around me. The last thing I remember was someone saying that I’d lost a liter of blood just while in the waiting room.

When I woke hours later, I was told my liver was so badly damaged that seven varices (veins) in my esophagus had burst open due to the pressure of my liver trying to filter the blood unsuccessfully. The doctors had stopped the bleeding, but the outlook wasn’t good. I was in critical condition: My liver was shutting down and more varices could rupture. I had a blood transfusion and another one the following day.

Over the next few days, my liver showed no signs of improvement. My doctors told me that my kidneys, spleen, and gallbladder were damaged, too. They also told me that I had gout, hepatitis, mild pneumonia, and pancreatitis; that I was malnourished and dehydrated; and that a huge amount of fluid had built up (ascites) between my liver and stomach, and it had to be drained. I was so weak that I couldn’t walk.

After the fifth day there was hope. My liver function had improved. I was so happy at this news, though it was still too early to be optimistic. Over the next week, the doctors continued to deal with all the damage that I’d caused to my body. Finally, after two weeks in the hospital, I was sent home. Still very unwell, I had several follow-up tests. A biopsy confirmed that I had cirrhosis. I was told if I ever drank again I would die.

Turning the Corner Toward Better Health

I had to not only get my health back but also rebuild my life entirely. I attended addiction counseling and a rehab group over the next three years. Each follow-up test showed some improvements in my health. Still, I was overweight and fatigued, with bad skin and low moods.

Then one day in 2016, I watched Fat, Sick and Nearly Dead, a documentary about a very unhealthy man who turned things around with a juicing diet. Throughout the film there was a recurring theme: the benefits of plant-based nutrition. I was very skeptical that your health could improve eating just plants. I watched Forks Over Knives to learn more. Again, I was amazed to see people who were so sick healed just by cutting out meat, eggs, and dairy and going whole-food, plant-based. I decided to give it a go.

Transitioning to eating plant-based was much easier than I thought. Up until that point, I’d eaten mostly vegetarian meals based around cheese and eggs. Those meals were very fatty and processed and high in salt and sugar. I cut out the cheese and eggs and moved toward less processed, lower fat meals.

And after two weeks I felt better inside and looked better outside. A couple of months into the diet I started getting comments about my weight loss and how well I looked. I’d noticed my eyes and skin were clearer, my moods improved, my nails and hair grew thicker.

When I returned to the hospital for a checkup, the specialist commented on how much better I looked. I’d lost 30 pounds since my previous checkup. He ran through my test results, which were better than ever. This confirmed how I felt: A whole-food, plant-based diet was making a difference.

Every year since my trip to the emergency room in 2012, I’ve had a fibroscan, which measures the damage to my liver. For the two years before going vegan, I received the worst possible score you could get, 75 kPa. After two years of my new plant-based lifestyle, there was good news: My score dropped to 39 kPa. My last scan showed that it had dropped even further, to 30 kPa. And more good news: My liver showed no signs of fatty liver disease.

Now I stick to mostly homemade meals with loads of vegetables. I avoid processed ingredients like white pasta and white bread and packaged dinners. I eat a low sugar diet and the only fat I eat is avocado and nuts. I make sure to include a variety of fruits and vegetables in each meal, which has worked wonders for my health.

Today I talk about my struggles with alcohol and living with liver disease, after keeping silent for so long, to give others hope. Seven and a half years ago I was at rock bottom, physically and mentally. I was certain that I’d die and had given up all hope. It was one of the hardest things I’ve ever gone through, but slowly, I rebuilt my health, and it just keeps getting better. I have no doubt that this diet helped save my life. 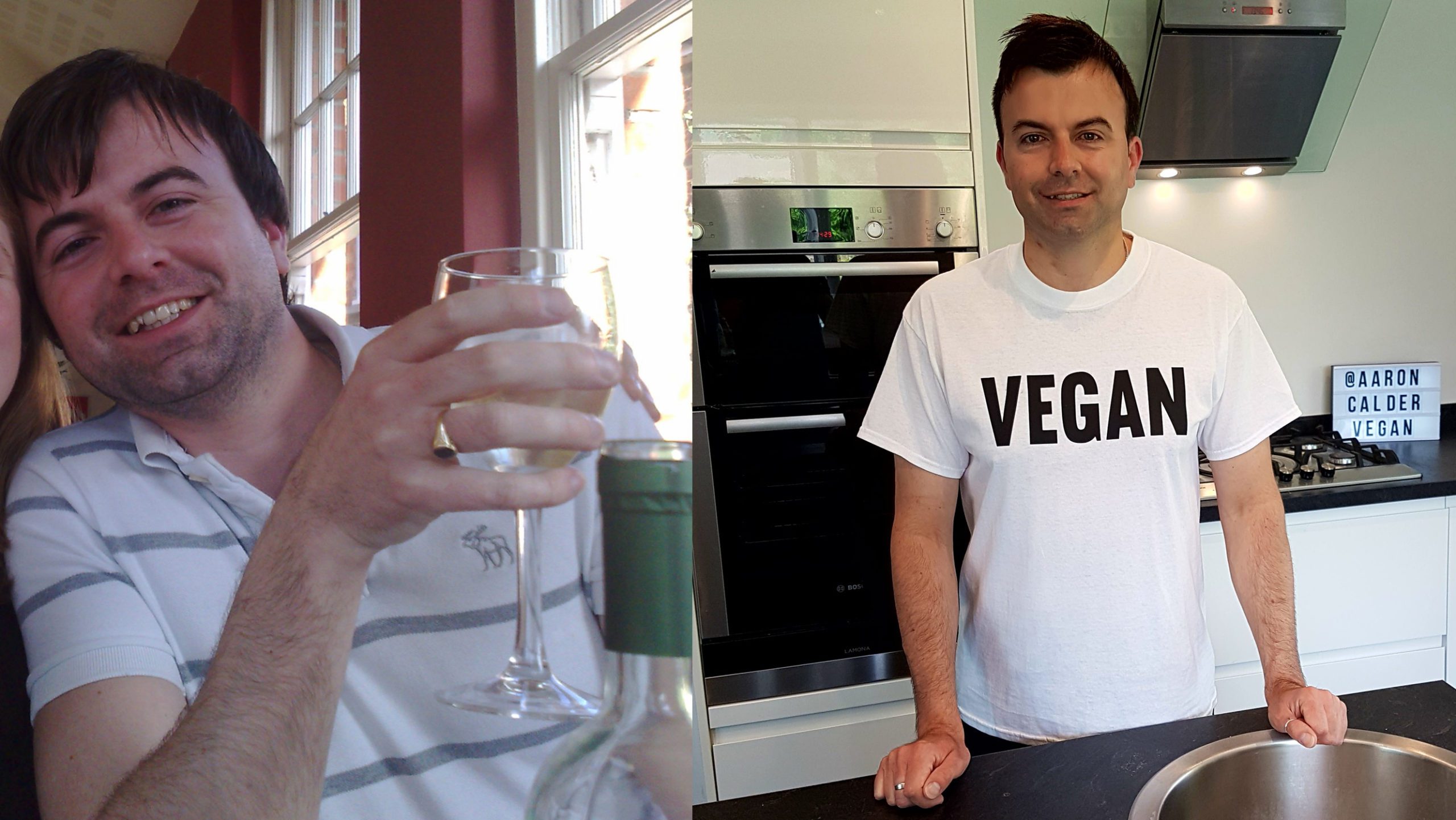