My story began in 2007, when I visited my doctor because of a number of troubling symptoms, including acid reflux and chronic painful heartburn. Blood tests revealed high cholesterol, and my doctor wrote me prescriptions for Simvistatin, Niaspan, Tricor, and Pantoprazole.

Over the course of four years, these medications produced small incremental improvements in my LDL cholesterol. But my HDL and triglycerides were not improving, so my doctor kept increasing my meds. I still suffered acid reflux episodes at least once a week, and I had also developed constipation as a result of all the medications.

Realizing that I had absolutely no control over my health, I grew increasingly frustrated: Enough is enough, I thought, and I set out on a mission to find myself a cure. I watched many documentaries, read books, and surfed the web. Nothing grabbed my attention until I found Forks Over Knives on Netflix. When my wife and I watched the film, we felt as though a veil had been lifted from our eyes. We learned about the “whole-food, plant-based diet” (no flesh, dairy, or eggs, no refined or processed foods like white rice, white sugar, and white flour, and no oils … not even olive oil). We were both inspired to embrace these changes, which we knew would be an enduring lifestyle decision, not just a temporary dietary modification. We made an enthusiastic decision to start the very next day.

So started our whole-food, plant-based journey on January 22, 2012. Within two short weeks, I started to feel better, and the weight started melting off. One month into this new lifestyle, I stopped taking my acid reflux and cholesterol medications (without my doctor’s knowledge), because I wanted to get a clear sense of my true, unmedicated health status on my next blood test.

At my next doctor visit four months later, my doctor was stunned. I had lost 40 pounds, my acid reflux had disappeared, my blood glucose had normalized, my LDL and triglycerides were lower, and my HDL, surprisingly, had gone up! She suggested that the medications she had prescribed must have been working. But I told her about my new lifestyle change, and that I was no longer taking the medications. Not only that, but I no longer experienced heartburn or constipation, my digestion, sleep, and skin had improved, my hair and nails grew faster … and even my vision prescription had improved! With eyebrow raised, she advised me to keep doing whatever I had been doing.

One year later, my doctor ordered only a lipid panel at my annual physical, as most everything had normalized. She did check my liver, vitamin D, vitamin B12, and protein levels, which I am happy to report were all within healthy limits.

I would like to thank FOK for showing me the whole-food, plant-based way, and my beautiful wife Sofia for her patience, creativity, and willingness to join me on this journey. Together, we are advocates of the whole-food, plant-based lifestyle, and want to help others reverse their ailments and try to save as many lives as possible. We’ve started sharing inspirational food photos on social media (@plantbasedcompanion), and the positive response has been tremendous. 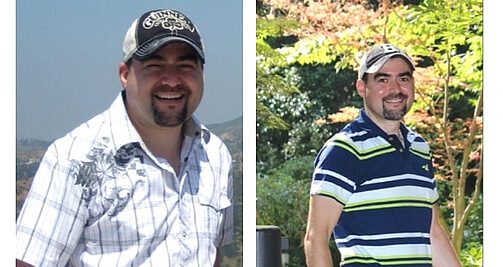 Chickpeas 101: Everything to Know About the Lovable Legume