Life Insurance Insures Your Death. I Decided to Start Insuring My Life

Three years ago, I weighed 284 pounds. I had high blood pressure, high cholesterol, sleep apnea, and a stated policy of avoiding physical activity. Let’s just say that sweating intentionally was not on my bucket list.

Here’s a picture of me in September 2013 with my two daughters and my great-niece, stepping up for a “Light the Night” Leukemia & Lymphoma Society one-mile charity walk. I was wearing an XXL shirt, my neck measurement was 18.5 inches, my waist was 44 inches, and there were definite limits on my physical activity. Stairs made my knees hurt, and I was easily winded. 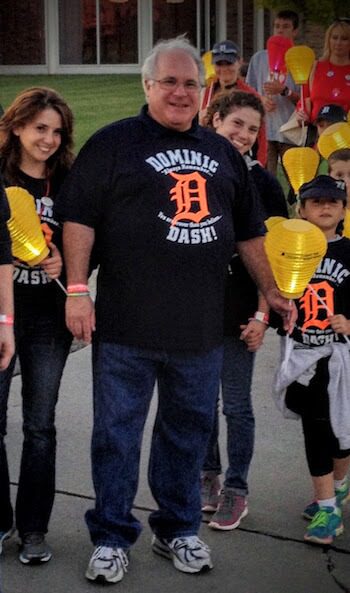 Each day started with a statin for my cholesterol and Losartan to control my blood pressure. I thought I was doing just fine, enjoying my family, friends, and all the salty, high-fat, processed food readily available every day. Heck, I thought: l look like my mom and she lived to be two weeks short of 90, so that was my genetic destiny, right? On the other hand, my dad had angina in his 60s, a heart bypass at 72, and a bypass on his leg shortly after that. He was never overweight, but he was a heavy smoker. I could rationalize that his medical problems would never hit me because I never smoked. That’s me. I can rationalize away almost anything.

Then some of my friends and neighbors started having serious medical issues. One dropped dead from a heart attack in a bowling alley parking lot, another died suddenly from heart failure, and three others had to have stents put in their hearts. Only one of the above was seriously overweight. Then one of my first cousins died suddenly from a heart attack. He was only five years older than me and kept himself in pretty good shape his whole life. That hit me like a ton of bricks. What would happen to my wife and kids if I was next? I have life insurance. Life insurance insures your death, not your life. I decided at age 58 to start insuring my life.

That is when I started paying attention to one of my friends, Joel Kahn, MD, who is a local interventional cardiologist. We met in high school. His brother was my roommate during my freshman year of college in 1973. That’s how far we go back. He is not my doctor, but when I got interested in insuring my health, I turned to him for some guidance. We were already friends on Facebook. He constantly promotes a whole-food, plant-based diet and healthy lifestyle.

Up to this point I had no intention of changing much of anything other than adding or subtracting pills. Giving up meat, cheese, eggs, chicken, fish, and all other animal products was ridiculous! Everyone knows you need meat for protein. You can’t live a healthy life without at least some meat, right? Isn’t that common knowledge? What about oil? Don’t you need some of that, too?

The more I read, the more apparent it became that common knowledge is just plain wrong. You don’t need any animal products or oil at all to have a healthy diet. On the contrary. It was the animal products and oil that were keeping me fat, raising my cholesterol, and elevating my blood pressure. I had never been made aware of this, even as a possibility. Not by my family doctor and not during my medical school training. It was really hard to believe!

But then again, cows, horses, sheep, moose, elk, deer, rabbits, buffalo, elephants, giraffes, hippos, and gorillas don’t eat any meat or animal products. They don’t even drink milk after they are weaned, and they stay healthy. All of the nutrition they need is provided by fruits, vegetables, seeds, nuts, and legumes like peanuts and soybeans. There is nothing weird on that list. I was already eating all those things. I had all nine of the essential amino acids—the building blocks of protein—covered every day without even thinking about it.

My mind was changing. I went from thinking there is no way that I would ever do that to maybe I could try it. I kept reading Dr. Kahn’s Facebook page and Huffington Post articles. Over the next two or three months, learning a little at a time, my mind changed again from maybe I could try this to I HAVE TO DO THIS!!!! That became my New Year’s Resolution for 2014. It turned out to be the only one that ever stuck.

It has been over three years since I transitioned from the typical Western diet to a whole-food, plant-based, oil-free vegan diet. What a huge difference in my life, my health, my feeling of well-being, and my energy level! I lost 110 pounds. My neck is now a 16.5, and my waist is 32 inches. My shirts are now Medium instead of XXL, and they are slim fit! No more statins. My total cholesterol is 137. No more blood pressure pills because it’s 105/68 without them. No more need to wear a CPAP machine all night for sleep apnea either. I had an overnight sleep study done, and my sleep apnea has disappeared. Even my bucket list changed. Last Memorial Day, after losing about 100 pounds, I started going out and running. By August I got my distance up to 5K and lost an additional 10 pounds. Now I run 5K three times a week. I put running a 10K on my bucket list for next summer. I don’t avoid sweating anymore. In fact, I kind of look forward to it now. 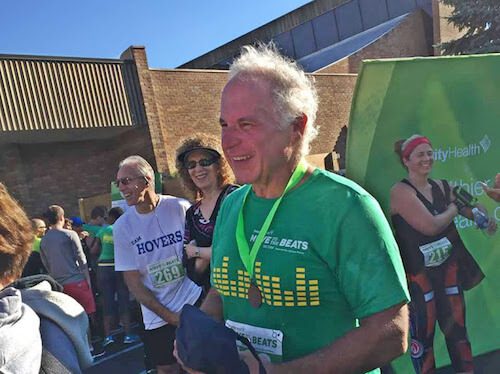 I’m not telling you that I had to start reading textbooks or science papers. I was just reading social media. There are guys out there that do the research, read all the hard science, and make it understandable. Dr. Kahn is one of them, but there are a few others that I have met along the way through the Plant Based Nutrition Support Group, our local heroes in the Detroit area. Men like Caldwell Esselstyn, M.D. (who I’ve seen lecture several times), Michael Greger, M.D., Neal Barnard, M.D., T. Colin Campbell, Ph.D., and John McDougall, M.D. Check them out on YouTube, check out PBNSG.org, or watch Forks Over Knives on Netflix. 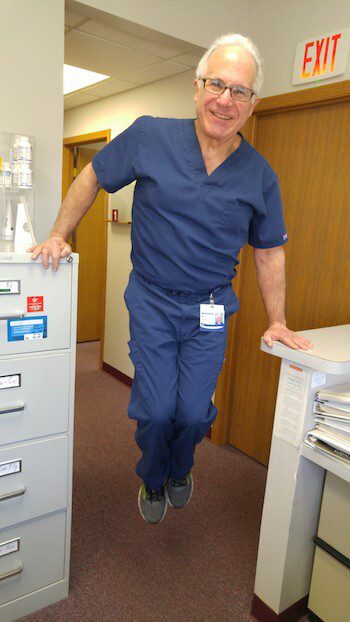 I know your health matters to you and to your family. This whole-food, plant-based thing is way easier than it sounds—and it works consistently. Time for a midyear resolution? 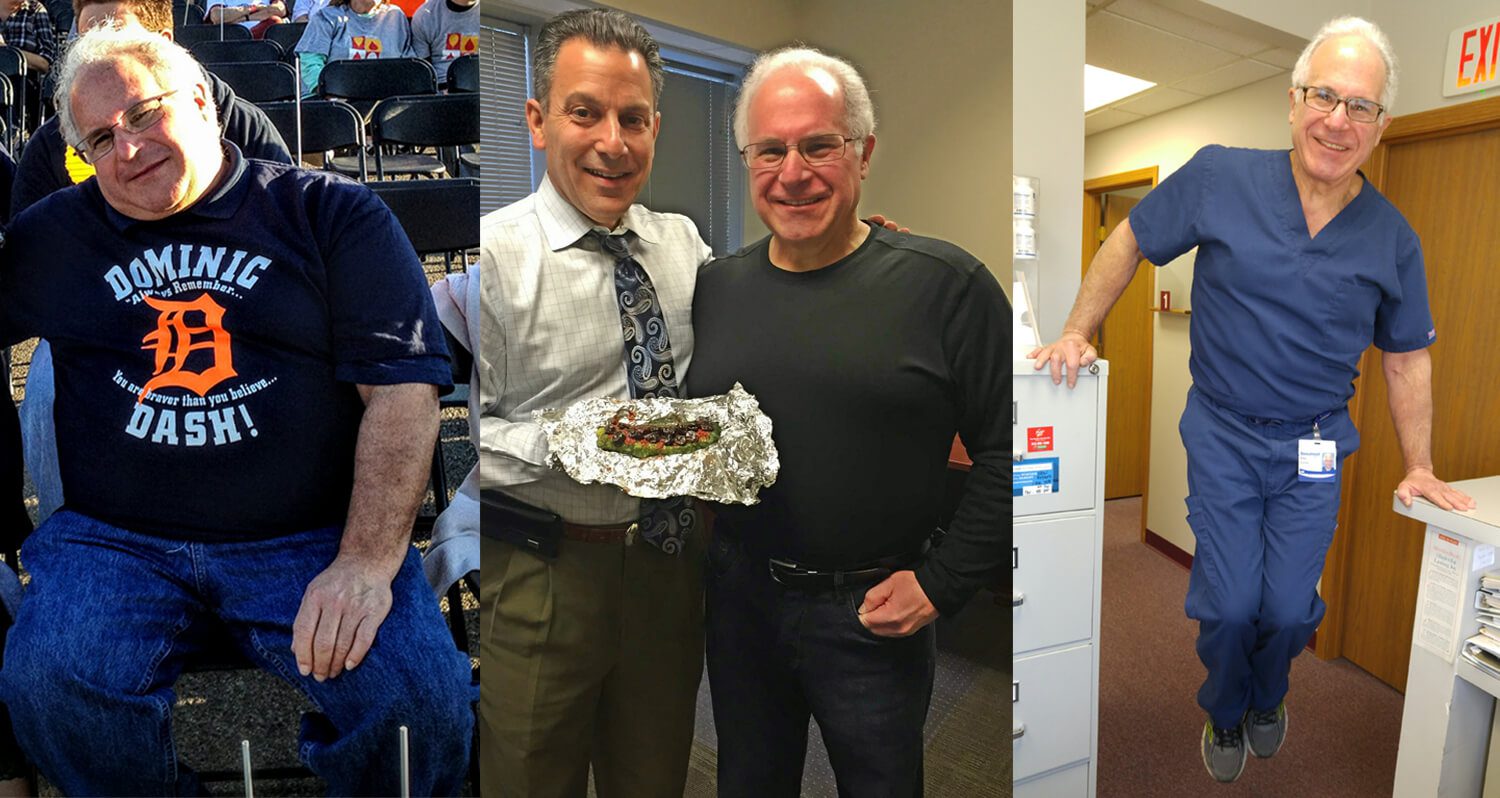